The most luxurious trend in the fashion today is...

The fashion set are behind one trend everyone should get behind — regardless of style and budget. 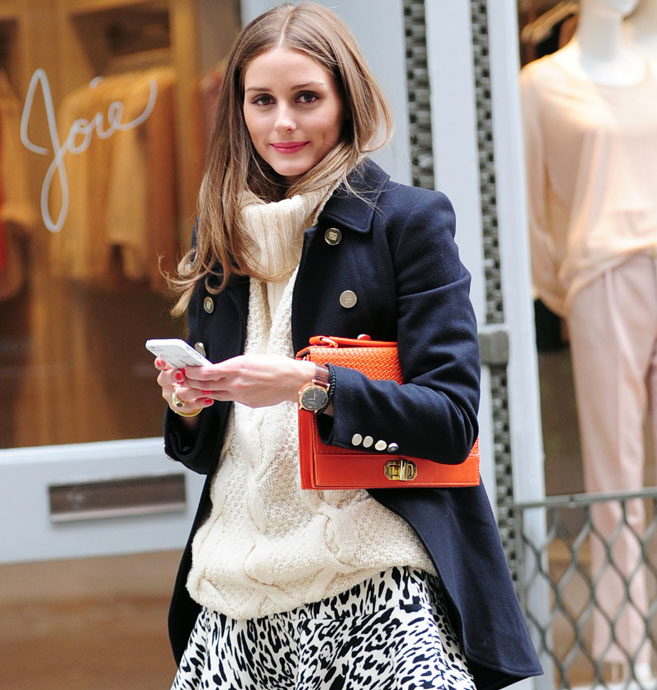 Socialite and fashion-show regular Olivia Palermo stays in constant connection via Instagram and Twitter between events carrying only her phone and an olivia + joy clutch. (Photo Michael Simon/startraksphoto.com)

We live in a 24/7 environment where you can communicate with your best friend while she’s getting a Brazilian and a bride can Instagram the moment she says I do.

Whether this state of affairs is the height of obnoxious or a mark of progress is up to the individual to decide. Me, I’d rather take a nap than play the adult video game that makes up most of social media. But I would rather nap than do a lot of worthwhile things (vacuum, read, work out) so I’m hardly unbiased in my judgments.

Texts at two a.m. and Instagramming cocktail parties is all getting a little too much for the social elite, however. In response they’re leading a ‘leave your phone at home’ revolution. As a result, being unavailable is the latest lifestyle badge of distinction.

A recent article in the style section of the New York Times documents the trend that one New Yorker characterizes as the new chic.

“Public cellphone use has reached an uncivilized fever pitch, so now it’s chicer behaviour to exempt yourself from that. You’re not answerable 24/7, and that’s a powerful and luxurious statement,” writer Lesley M. M. Blume told the NY Times.

According to the piece, many elite parties now come with a “no camera phones/smartphones” caveat. Guests invited to a party hosted by Vogue editor Anna Wintour reportedly received a phone call asking them to keep mention of the affair off Twitter and Instagram, says the Times article.

In order to participate in the new chic all you have to do is apply that age-old dating advice to your social life with one neat twist — play hard to get a hold of. Doing so requires some effort, however; it means you have to put your smartphone down or away for a significant amount of time, a sacrifice that many social media junkies may find difficult.

Some people make a game out of breaking their wireless addiction, says the article. For example, the ‘phone stack’ game is a smart and economical way to do so. Friends who are out for drinks or out for dinner together place all their phones in the centre of the table in a stack. The first one to reach for their phone before it’s time to do so pays the bill.

Others are purposely putting their phones in boxes, drawers, tins — even fishbowls. But they’re not necessarily doing it to make a “powerful luxurious statement”. Some are just doing it to make sure they don’t forget to be present (read, human) with their children, friends and partners.

Putting relationships first and smartphones second, A-list or not, is a habit definitely worth implementing.

Does it drive you crazy when people are constantly on their phones? Tell us in the comment section below.