Are they really a thing? Do they hang out in Toronto? Is this one of the most progressive royal romances ever? 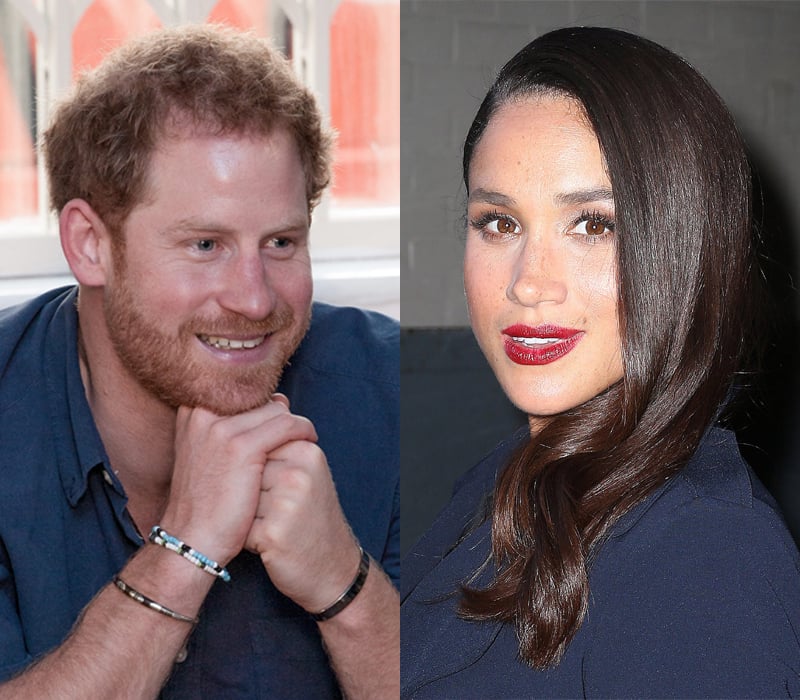 Over the weekend the British newspaper The Express delivered the biggest royal drama since Prince George dissed Justin Trudeau, reporting that Prince Harry is dating the American-born, Toronto-dwelling actress Meghan Markle. Best known for her starring role on Suits, which is shot in Toronto, Markle apparently met her Prince Charming when Harry was in the city last May to launch the 2017 Invictus Games, and they’ve been courting under the radar until now.

Needless to say, the latest royal romance has become an overnight fairy tale and a cross-continental sensation. Chatelaine spoke to professional gossip Lainey Lui to get the inside scoop on all things Harry and Meghan (Hagan? Merry?).

The gossip world seems to be going particularly gaga over this rumoured romance. Why?

Well, he’s a royal and he’s tall and handsome, so I think automatically it’s the fantasy of a prince who is looking for his princess. He really is the most eligible bachelor in the world. He’s passed the age when both his dad and brother had found somebody—he’s 32. Not to say that there’s any age that someone should get married but, given his family history and his position, I think people have been waiting for this. Given his age, anybody he dates now has the possibility of being “the one.” It’s the same thing in real life, and when it’s a prince, you just increase that [anticipation] exponentially.

What about her part in the narrative? Harry has previously dated a bunch of British blue bloods.

This is Kate Middleton to the next level. Kate’s parents were pretty rich, but still [the media] made her sound like a commoner. And this is an American actress who resides in Canada and who has no blue-blood roots. Meghan Markle seems to come from a pretty middle-class background. Legit middle class, not Middleton middle class, where her parents run their own company and are millionaires. All of that makes the fairy tale more attractive. And then there’s the fact that the royals are the whitest family in the world and the most elitist family in the world at a time when privilege and classicism are being called out more and more. We’re living in the shadow of Brexit, which exposed a lot of social shortcomings in the UK. Racism is alive and well and thriving in England, and now the royal family’s most beloved and popular member may have fallen in love with a bi-racial American [Markle’s mother is African American]. It’s a very powerful and progressive idea.

Related: Lainey Lui answers every question you have about the Brangelina split

For a while now, you’ve been praying to the gossip gods for a romance between Prince Harry and Taylor Swift. So you’re not disappointed?

God no. The social and cultural and political factors that are in play here are so exciting. I think this hookup does more for the greater good, not just the greater gossip good.

Multiple news outlets are saying their romance has been going on for a few months. With the notoriously invasive British gossip rags, are you surprised they were able to keep it a secret?

I’m not totally surprised. Typically the royals keep their sh-t pretty tight and, as I said before, Harry is quite beloved both in public and in his own family. People are loyal to him. On her end, she doesn’t have the profile of, say, a Taylor Swift.

This morning you revealed on Lainey Gossip that Harry was actually in Toronto just a few days ago. How did Canadians miss that?

The story came from Us Weekly. The British press didn’t know that Harry managed to get out of England earlier than anyone realized. He was in Toronto with Meghan this past weekend. He came with only one security person as opposed to the two he usually travels with. He went straight from the airport to her apartment in Toronto. Nobody knew.

So while the story of their romance is breaking internationally, he’s holed up in Toronto?

Right. The British press reported that he was supposed to be coming to Toronto on Sunday, and then cancelled the flight after the story [about the relationship] broke. I found out from my sources that that was a diversion from the palace or from people close to Harry. After the story broke over the weekend, they knew everybody would be looking for him, and they didn’t want him to be found in Toronto, so they let it “slip” that he was still in England.

If you watch Suits, Meghan Markle is a big deal. If you don’t, she’s a “who?” What can you tell us about her?

We’ve talked to her at eTalk a number of times, and she’s very sweet. She’s not one of those people who walks into a room and is like, ‘Look at me; I’m a celebrity.’ She’s not Mariah Carey. She’s really passionate about her two dogs. She seems pretty low key. And she is stunning.

Related: Kate and William in Canada: Photos of the royal visit

A bunch of publications are reporting that Markle has been divorced, and that she does sex scenes in Suits that would make the Queen’s hat pop off. Could that really get in the way of long-term potential?

If you ask the old school, sure they might have some objections, but there are so many other factors. For instance, Harry is now number five in line to the throne [following the births of Prince George and Princess Charlotte], so he’s lower and lower. I don’t know that there are those same expectations that she has to be a ‘certified virgin’ and all of that. We all know Charles and Camilla had a thing. He ended up marrying someone who fit the role, and of course we all loved Diana, but the love of Charles’s life is Camilla, who is divorced and who may end up being the wife of the King. Things are changing.

You’ve mentioned Harry’s overall popularity a number of times and on your blog you make no secret of your love for him. What is it about him?

Harry is one of those rare figures who checks off all the boxes. He’s enough of a hard core —he’s been to the army — he’s a prince, he’s obviously attractive. He’s great with animals and senior citizens, and then he has this bad boy side — there was the time he got caught with his pants down in Vegas. You know that he’s not boring. I love him because I think he’s fun. He’s a guy who knows how to have a good time. Especially in contrast to his brother and sister-in-law. They’re so boring, they’re so stodgy.

Bookies have been laying odds on when Harry and Meghan will make their first public appearance. Apparently the odds are 5:2 that she’ll attended holiday services with the Queen. Any predictions from you?

I have no real research on this, but I think it will probably be casual. A pre-approved series of photos. No, she’s not going to Christmas with the Queen yet! Kate had to wait five years for that. These things have a certain schedule.

You are a master at coming up with celebrity couple nicknames. Got any ideas for these two?