Lack of energy may be genetic. But there is a cure...

Don’t beat yourself up if your first instinct after a long week of work is to stay in bed on Saturday morning rather than take that 7 a.m. spin class your friends have been nagging you to attend, or if your Friday night routinely consists mainly of you staring at the TV screen until your chin hits your chest. 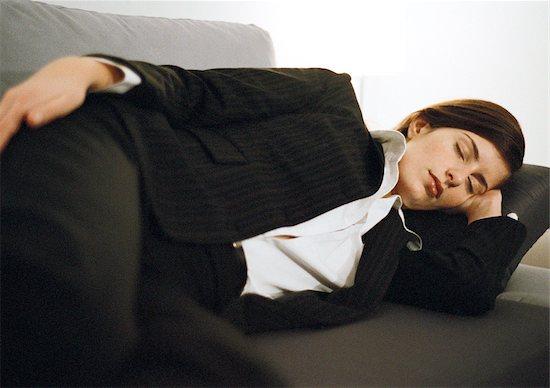 Don’t beat yourself up if your first instinct after a long week of work is to stay in bed on Saturday morning rather than take that 7 a.m. spin class your friends have been nagging you to attend.

An overall lack of energy may not be a reflection of unrepentant laziness; it may simply be the result of genetics. Or that’s what a new study (via The Daily Mail and LiveScience) from researchers at McMaster University’s Department of Medicine in Hamilton, Ontario suggests.

The study, led by endocrinologist Dr. Geoffrey Steinberg, argues that the body’s ability to sustain physical effort may be affected by genes that regulate the presence of a naturally occurring enzyme called AMP-activated protein kinase (AMPK).

AMPK is activated during exercise and it boosts production of mitochondria, which power our cells to move and help muscles convert sugar into energy.

For the study, the researchers tested the exercise stamina of two groups of mice. One group of mice had these all-important genes impaired slightly, which affected the quantity of AMPK they produced, while the other group did not.

After setting the mice on a wheel to run, the researchers discovered that the mice with an impaired genetic ability and less AMPK-producing power were more easily fatigued. They tired of running quickly. In contrast, the genetically “normal” mice had no such impairment. They were able to run twice as long without fatiguing.

When the researchers looked at the muscles of both sets of mice more closely they noticed that the genetically impaired group suffered a serious disadvantage in their ability to convert sugar into energy. Specifically, they had fewer mitochondria than the normal mice.

Mice aren’t humans, but there may be applications for human beings that struggle with their weight, or energy levels, believes the study’s lead author.

In effect, exercise is a natural way to improve energy levels while sitting on the sofa all weekend is simply one more way to perpetuate chronic fatigue.