Today in the news: Kim Kardashian’s first single is awesomely terrible; the FDA announces a crackdown on unapproved cold and allergy meds; why Tim Hortons coffee cup lids are so subpar; the U.S. Supreme Court protects the rights of anti-gay funeral protestors; and women still make 75 percent as much as men. 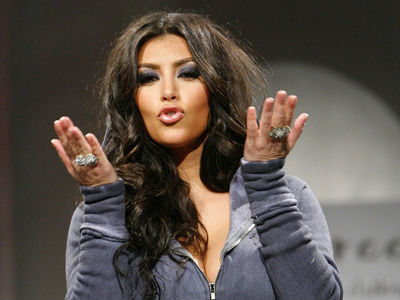 While it’s true there are a million things happening more important than the musical debut of a reality-television fame-starved wannabe diva’s musical “career,” when said musical debut is this atrocious, the urge to shout it from the rooftops becomes impossible to suppress. With that rambling preface, we present to you Kim Kardashian’s debut track, “Jam.” Methinks the lady may have swallowed a vocoder. Enjoy.

The Food and Drug Administration in the United States has announced it is cracking down on unapproved cold and allergy medications as part of a wider effort to end the sale of ineffective prescription drugs. There are currently thousands of drugs on the market that predate the FDA’s approval process and that have not been proven effective or completely safe. The FDA will be removing some 500 products from shelves, officials announced Wednesday. In 2008, Health Canada advised parents to refrain from giving cough medications to children under the age of six.

How many times have you ordered your daily cup of joe from Tim Hortons, only to have the hot watery substance burst forth onto your favourite blouse only moments after peeling back the tab on the substandard lid? A rather tongue-in-cheek exposé on the evolution of the take-away coffee cup lid in the current issue of Maclean’s asks what we, the coffee-stained general population, have been asking for years – just when is Timmy’s going to make a better lid? The answer, as is usually the case with matters that appear this banal, is far more complex than you might think.

The U.S. Supreme Court yesterday announced a ruling that will protect the rights of anti-gay fundamentalist churchgoers to hold protests outside military funerals. The court ruled that the constitution protects this type of free speech, even when it is deliberately hurtful. The decision comes in response to protests held by members of the Westboro Baptist Church outside the funeral of a dead gay soldier, with signs emblazoned with phrases like “Thank God for dead soldiers” and “You’re Going to Hell.” Last time we checked, this wasn’t the sort of the speech the constitution was created to protect.

This just in: we women still only make 75 percent as much money as our male counterparts. While it’s a stat we’ve been throwing around for years, a new report released Tuesday found that the number is still perfectly accurate. The report also found that women are getting married later, waiting longer to have children, still do more housework, and are more likely to live in poverty than men. All this despite the fact that women are now more likely to have college or graduate degrees than men.