What’s with the Trump-style politics of Kevin O’Leary and Kellie Leitch?

The Tory candidates are trying to turn the Conservative race into a Donald-level circus. Here's why that's a terrible strategy. 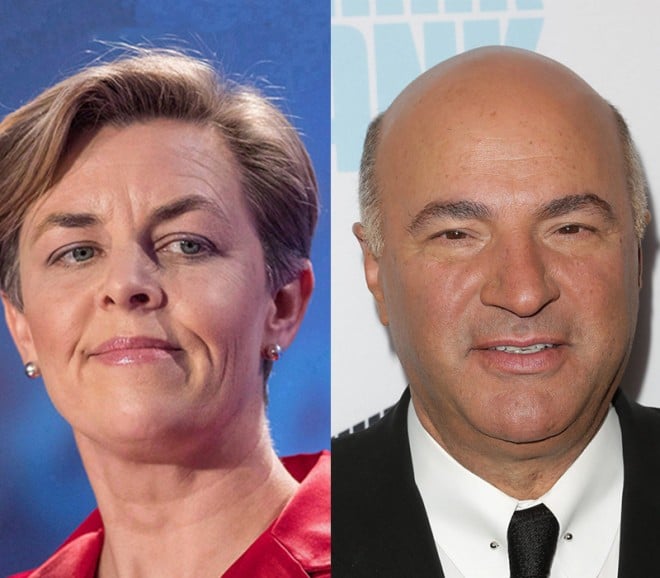 The list of people that Kellie Leitch dislikes, distrusts or disapproves of grows longer every day. She thinks immigrants should be screened for “Canadian values” and she wants to fire all the liberal elites at the CBC. She finds Torontonians too stingy to loan a neighbour a cup of sugar. And she’s so dismissive of indigenous Canadians that she doesn’t think they should be consulted on legislation that affect their lives.

By the time Conservatives vote for a leader on May 27, will there be anyone left in Canada that Leitch actually likes? One of them certainly won’t be Kevin O’Leary. The businessman and reality TV star leapt into the leadership race this week, after months of playing coy, conveniently avoiding the French debate (O’Leary is unilingual) and muscling in on Leitch’s disruptive, cynical, anti-Ottawa, populist territory.

O’Leary is an unconventional candidate — but in a field of 14 contenders, that helps him stand out. He has zero political experience and is obsessively focused on jobs and the economy. He wrote an open letter to Alberta Premier Rachel Notley, promising to invest a million dollars in the province if she’d step down. He’s threatened to throw union members in jail: “unions themselves are born out of evil. They must be destroyed with evil.” (Serious question: Does O’Leary realize that Canadian cops and corrections officers are themselves unionized?) And he’s said that global poverty is a great thing because “it inspires everybody, and gets them the motivation to look up to the one percent and say, I want to become one of those people.”

This sort of rude hyperbole has a long tradition in Canadian politics (ever watched Question Period?) and divisive, grandstanding, populism is nothing new, either (remember Preston Manning, Rob Ford and Danielle Smith?)

But Leitch and O’Leary’s brand of rude hyperbole and populism are of an uglier, Trumpier strain. Intentionally so: The morning after the U.S. president-elect’s victory, Leitch wrote an email to her supporters, calling his win “an exciting message” that “we need delivered in Canada.”

O’Leary, meanwhile, is widely perceived as an off-brand, Canadian rip-off of The Donald — think of him as Breaker High to Trump’s Saved By the Bell. The two even share a TV producer (Mark Burnett of The Apprentice and Shark Tank) and O’Leary, just like Trump, is marketing his own line of wine.

Fellow Conservative leadership hopeful Lisa Raitt sees danger in what she calls Leitch and O’Leary’s “irresponsible populism,” telling the press “we’re not Americans, and neither of them are actually the president-elect. This brand of negative and divisive politics will drive our party right into the ground.” She’s even launched a new website, StopKevinOLeary.com. 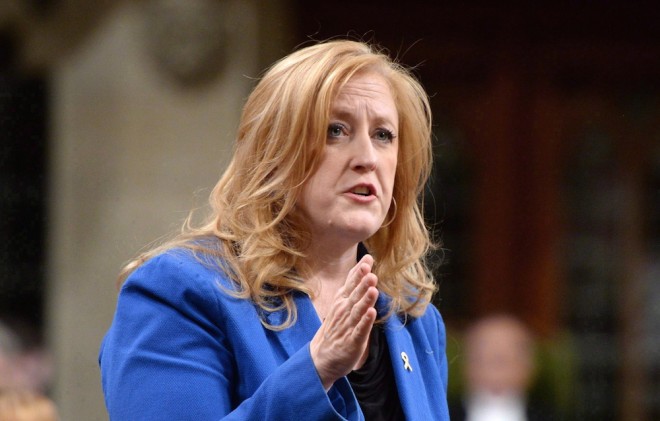 It’s true that Trump’s success in the U.S., and the rise of the anti-immigrant right in Europe, has resonated here in Canada. Immigrants have been targeted for abuse, despite overwhelming evidence that immigration is not just good for Canada but necessary to fill jobs. Female politicians have received death threats. Last summer, when a white farmer in Saskatchewan shot and killed an unarmed 22-year-old indigenous man seeking help for a flat tire, racist supporters rallied around the farmer, sending money for his defense.

Prime Minister Justin Trudeau has also made himself an easy target for anti-elitist, anti-Liberal, anti-government-as-usual attacks. His recent, secret vacation to the Aga Khan’s private island was ethically compromising; and worse, his excuse that the billionaire spiritual leader is an old family friend made him look like an out-of-touch rich kid. Trudeau is also seriously vulnerable to losing support from progressives. Indigenous rights were a crucial issue in turning out voters for him in 2015, but the Liberals have since stalled or backtracked on their commitments. And just days ago, the media-hungry Trudeau most poetically played himself by cheerfully agreeing to one of his signature selfies only to find himself getting grilled on indigenous rights.

Related: I’m a liberal joining the Conservative party. Here’s why

These factors aside, it’s unlikely that Leitch and O’Leary’s political stylings will coalesce into a successful, mainstream political movement like the US Tea Party or a Canada-wide version of Ford Nation. Not because of any kind of natural Canadian kindness or exceptionalism, though we’d like to think that. (Given our history of the Chinese Head Tax, Japanese internment camps and residential schools, as well as the current status of indigenous rights, we are in no position to be smug.)

The real problem for Leitch and O’Leary’s embrace of Trump-style politics is Trump himself. Outside of his rage-y mob of supporters, the president-elect is widely loathed, and the framing of his victory as a win for populism is completely misleading. He lost the popular vote to Hillary Clinton by a margin of nearly 2.9 million. He will be sworn into office with a historically low approval rating. Aside from Russia, he’s alienated much of the world community. After promising to drain the swamp, he’s appointed a cabinet filled with incompetents, billionaire business cronies and lobbyists. And he’s still going on and on about building a wall and making Mexico pay for it.

The next four years in the US are going to be marked by mass demonstrations, civil unrest, vicious political battles and the very likely, place-your-bets odds that Trump will be brought down in a corruption or sexual scandal. There will be much suffering among the very people who voted for Trump, as mass tax cuts for the rich gut education, housing and health care.

And, for Canadians, if Trump increases tariffs and tells US companies to cease their foreign operations and investments, that will have a huge impact on our manufacturing and natural resources jobs. Trump isn’t going to look like a hero to workers in the oil, lumber or auto industries, an important base of support for Conservatives.

By the time Canadians vote for a Prime Minister in 2019, there’s going to be two years of evidence showing what Trump-style populism looks like when it’s in power. His angry-white-guy theatrics and tough talk might have a short-term appeal, but if Conservatives want to have a chance at winning down the road, they need to think about the long game.

More:
37 of our coziest, best soup recipes
Why so many Canadians are joining the Women’s March on Washington
The best (and most bonkers) tips from Gwyneth Paltrow’s new book