Kate Hudson's sip of wine while pregnant. Is this a scandal?

It can’t be easy being pregnant in our hyper health-conscious culture. Mothers-to-be are constantly being judged by what they put in their mouths, and by extension, what they put into their growing baby’s bodies. 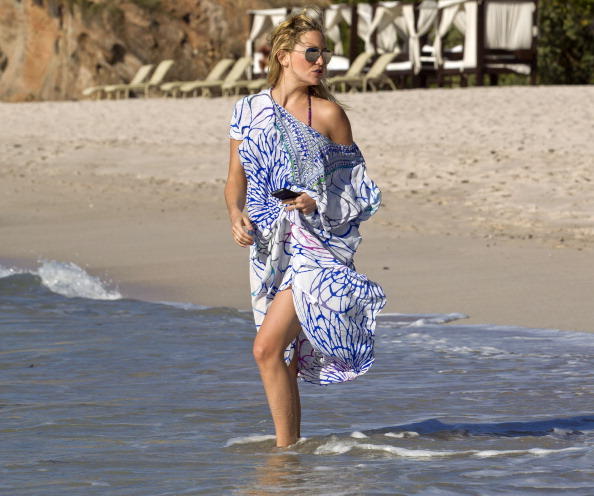 It can’t be easy being pregnant in our hyper health-conscious culture. Mothers-to-be are constantly being judged by what they put in their mouths, and by extension, what they put into their growing baby’s bodies. Even after the baby is born, there’s pressure to conform to the “earth mother” standard. There’s an expectation to breast feed even when it’s not working for mother or baby; to make baby food at home rather than buy it—soon we’ll expect women to grow the vegetables and raise the organic poultry they feed their children, and all while holding down a full-time job.

But nothing divides people more like the sight of a pregnant woman drinking. Recent pictures of a pregnant Kate Hudson sipping from what appears to be a glass of red wine while out for dinner in Argentina has raised a few eyebrows. The actress, who is pregnant with her second child, may be modestly indulging in a glass of wine like many a woman before and after her, but it’s hard not to see the pictures and furrow your eyebrows.

But here’s something to really chew on—there’s some evidence to suggest we’re overreacting.

One UK study found that women who indulged in one or two small drinks a week while pregnant—two drinks meaning a small glass of wine or half pint of beer—did not adversely affect the cognitive health of their children. While that’s hardly a ringing endorsement, it does lend support to those women who choose to have the occasional tipple.

The debate reveals a cultural divide between European and North American perspectives on the issue. In some European countries, women are advised to avoid drinking entirely until after their first trimester. After that, they’re told to restrict consumption to no more than two small drinks a week.

In North America, women are advised to avoid drinking, period. (Britain also advises against any consumption of alcohol, however.) Here, most doctors will err on the side of caution, claiming that since we can’t definitely proclaim what levels are safe, it’s best to avoid drinking altogether.

To have a glass of wine every once in a while or to abstain from alcohol until the baby is born is the question every adult woman has to answer for herself.

Will one glass of red wine hurt the baby? Probably not. Will it result in a few raised eyebrows? Count on it.