Karma is ruining my happiness!

Everything is going so well in my life. And I hate writing that down. I hate even thinking it. I really do. But my book tour was a success, my daughter got into the competitive school we hoped she’d get into, and my boyfriend brings a smile to my face (and flowers) every time I see him. 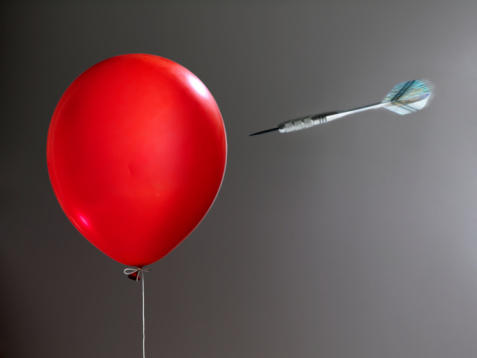 Everything is going so well in my life. And I hate writing that down. I hate even thinking it. I really do.

But my book tour was a success, my daughter got into the competitive school we hoped she’d get into, and my boyfriend brings a smile to my face (and flowers) every time I see him.

Because of all the goodness, I’m now on pins and needles waiting for something horrible to happen. That’s because I believe in karma.

I really believe that if you’ve done something bad — to a co-worker, to your family, to a perfect stranger — then it’s going to come back and bite you in the butt.

I wasn’t always as angelic as I try to be now, and that’s why I think the fact that I’m so damn happy won’t last. But then again, I do give to charity, I always open the door for people behind me, I’m a super loyal friend, and I will help complete strangers who ask me about writing and finding an agent.

I’ve also had a rough patch (or a couple rough years) already, so maybe it’s my time to be happy? Who knows? But I do know that I’ve been feeling anxious all the time these days, worried that this happiness of mine isn’t going to last, that something bad is going to happen. Help!

I talked with Billie Mintz — the founder of imagin8r.com and arcinstitute.net — who raises social awareness through his work with filmmakers, social media and corporations. He’s also working on a book and website about karma.

1. He says what I’m going through is “neurotic karma” — I think I’m going to jinx myself. “That’s your unconsciousness wanting to suffer.” Okay, this is good.”If you think that way, then you’re probably going to bring on bad karma,” he continues. Okay, this is bad.

2. He definitely believes in karma. “If we actually knew and could find scientific evidence that karma is real than more people would believe it. It is completely real.” (I’m with him. I don’t need proof!)

3. He says people should think of karma as “self-regulating” and “incentive-based.” The incentive would be that good things would come our way. This way, we would not hurt loved ones (or anyone). “It’s easy to have a conscience, but if you’re relying on that, it’s not enough.”

5. Meanwhile, by raising awareness for social issues and trying to be the best person he can, he’s adding to his “karma bank.”

6. He says, “I think it’s good to remind people that karma is real and that they should act as if it is real. It will help out all of society. I raise awareness as a social entrepreneur because I believe it’s ‘karma currency’ and will come back in ‘karma perks.’” Meaning, while he may only get paid 15% of what he should be making, he says that the ‘karma perks’ are what he lives for.

Mintz is convincing and since I already believe in karma, I’m going to enjoy this happiness and not be neurotic. (And also do something nice for someone later.) Thank you, Billie Mintz, for discussing this with me. Add that to your karma bank.