Editor-in-chief Karine Ewart shares her family's history and tradition with Hockey Night in Canada and how they've bonded over the game. 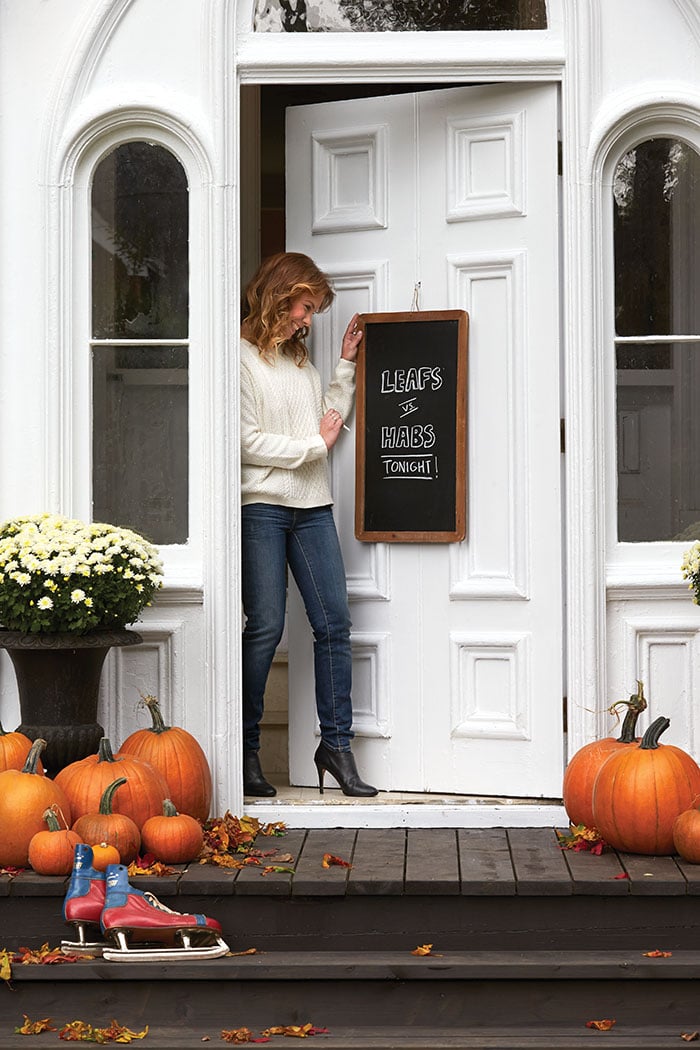 I grew up playing competitive sports, everything from soccer and volleyball to swimming and equestrian jumping. If there was a team to join, I was going to find a way to get on it. (Confession: I learned early on that this was a respectable way to get out of school.) And if I wasn’t playing a sport, I was watching one. Even now, my husband will suggest we put on a movie, and I’ll raise an eyebrow and nod to whatever game is inevitably on the screen. Seriously, I’ll even watch bowling.

Still, if you had told me I was going to become a hard-core hockey fan, I wouldn’t have believed you. Back in the ’70s, there weren’t a lot of girls’ hockey leagues where I grew up, so I didn’t play, nor were there opportunities for us to play on the boys’ teams. It wasn’t until 10 years ago, when our family moved from Toronto to a rural town east of the city, that I truly came to understand the religion that is hockey in this country. 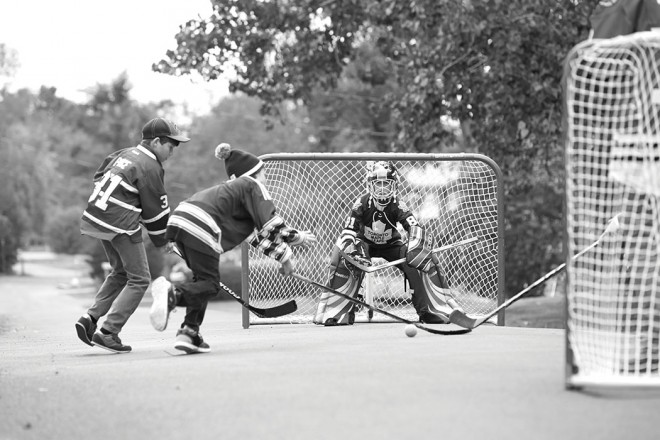 I casually signed up my three boys because their cousins played (my daughter declared dance to be her passion when she was three), and as my sons grew to love the game, I did too: the tournament road trips, the camaraderie with other families, the teamwork mentality — even the early-morning practices. Granted, tryouts can be stressful, but it all builds life skills.

Naturally, our family started tuning in to the NHL games in the evenings to watch the big boys play. I love the excitement, the action, the passion the coaches exude from behind the bench and the thrill you get when your team scores. (Though I still cover my eyes when there’s a fight.) We now have a Habs fan, a Blackhawks fan and a bunch of Leafs fans all living under one roof. (My daughter and I tip the scales heavily toward the Leafs.) 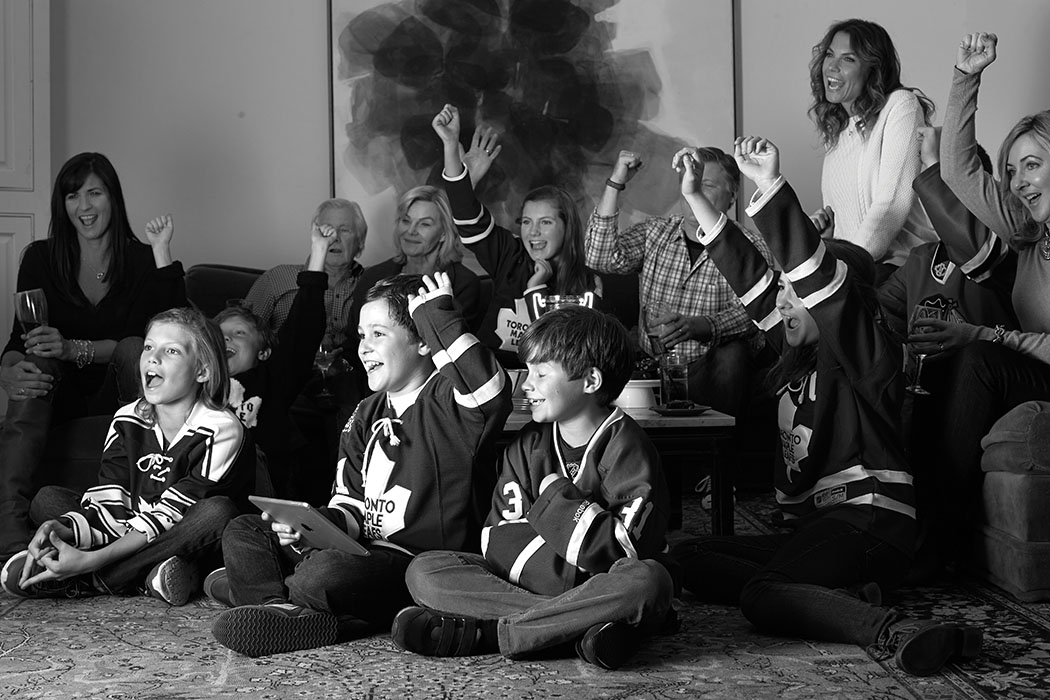 Hockey Night in Canada at my house has become a family tradition. On Saturday evenings, if the kids aren’t playing somewhere, you’ll find us at home glued to the game. Friends and relatives of all ages drop in (the more the merrier, but if you talk too much during key moments, you may be hushed), and there’s sure to be an abundance of great food, drinks and lighthearted rivalries. 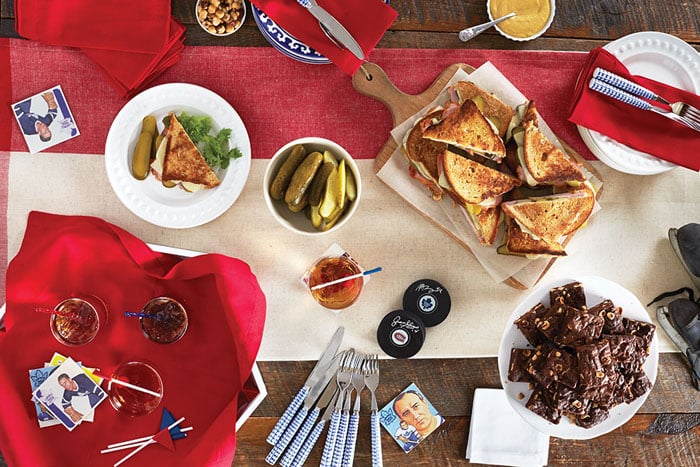 There’s nothing I love more than having a full house, but I do not profess to be a master chef (though my husband is a very good cook). Drawing up a menu and a grocery list in advance ensures that I won’t spend the evening stressing — and no one will go hungry. I like to keep it simple: a main, a few snacks and a treat. (Tip: Bake brownies in advance and freeze them till needed.) You’ll find the recipes for this story on our tablet edition and at chatelaine.com/nhlparty. (Photo, Roberto Caruso. Food styling, Michael Elliot. Prop styling, Rayna Schwartz.) 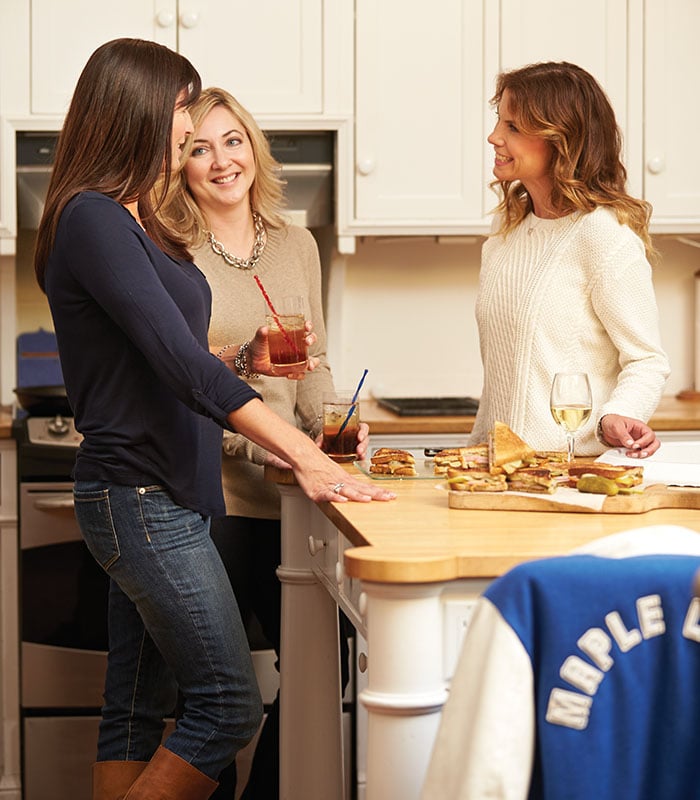 I’ve come to see sport as a great thing for our family to rally around. As my kids get older, and their lives get busier and more complicated, it’s a shared interest that keeps us connected. This month, with NHL season officially under way, I’m excited to invite you all to take a peek at how hockey night is done at our place. It’s loud, it’s crowded and it can get pretty messy — and I wouldn’t have it any other way.

Tell us about your favourite family traditions at letters@chatelaine.rogers.com 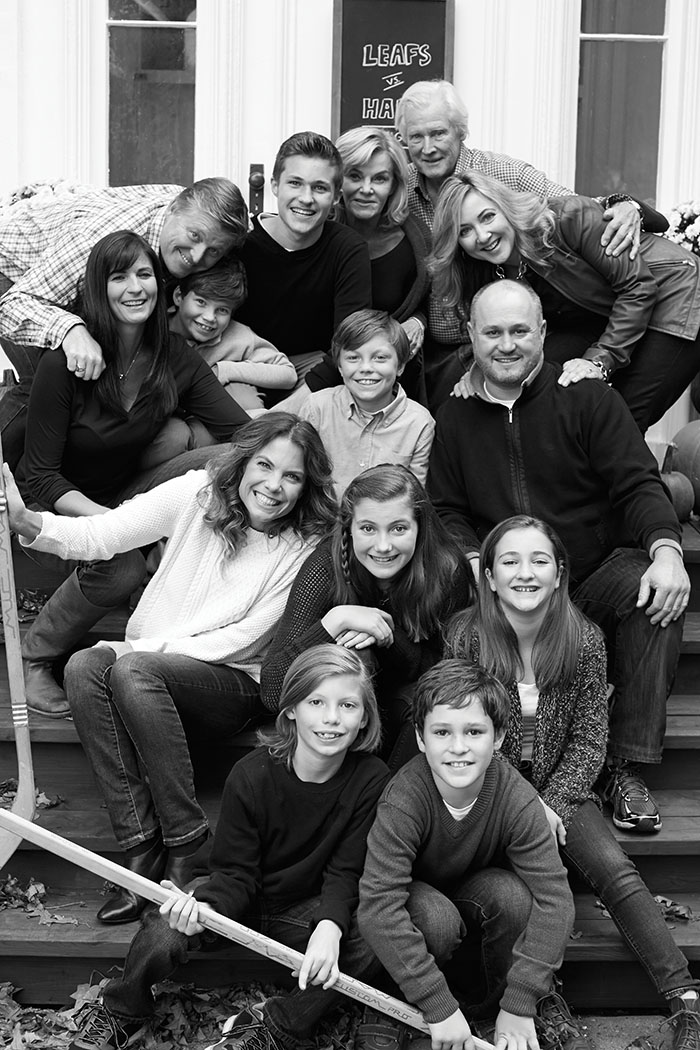