The PM made gender equality part of his political vision and personal brand, yet his response to Trump's misogyny has been tepid. Canadians deserve more from their feminist PM. 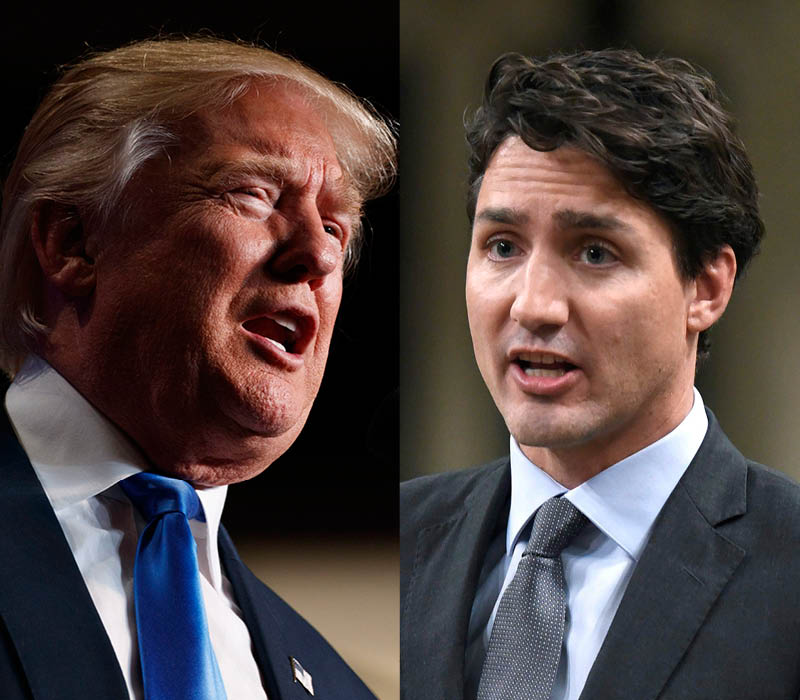 Nearly a year ago, around the time Prime Minister Justin Trudeau announced parity in his cabinet with the now famous phrase “because it’s 2015,” his wife Sophie Grégoire Trudeau took him aside for a lesson on feminism. He had more work to do, she told him. It was great that he told their daughter that she’s equal to boys, but that was only half the equation. She said he also had to address gender equality with their sons, to teach them the importance of women’s and girls’ rights. He needed to be a role model with his feminism.

This story came to mind when I read the prime minister’s gutless response to the leaked Access Hollywood tape and the mushrooming sexual misconduct allegations being leveled against US presidential candidate Donald Trump. Late last week, when asked about the Republican nominee at a news conference, Trudeau said: “This relationship goes far deeper than any two personalities at their countries’ respective heads. This is my responsibility. I think, however, I’ve been very clear in my approach as a feminist, as someone who has stood clearly and strongly through all my life around issues of sexual harassment, standing against violence against women, that I don’t need to make any further comment.”

In other words: Trudeau believes that criticizing Trump’s behaviour could result in a strained diplomatic relationship with the US, should Trump win. So he’ll merely point out his own feminist track record and hope this all goes away fast.

When it comes to Trump, Trudeau has tended to play it safe and neutral, often evading questions about Trump’s anti-Muslim and anti-Mexican slurs, or his threats to dismantle NATO and NAFTA. With a different candidate in a different foreign election, Trudeau’s navigation of the high road might be sensible, even commendable.

But Trump is a dangerous, unapologetic racist and xenophobe, who’s joked about abusing women, and has incited his supporters to violence. This isn’t a normal election campaign; Trump isn’t a regular candidate.

Which is why it’s so frustrating that one of the most famous male feminists in the world is avoiding one of the highest-stakes conversations about respect for women in recent memory. Trudeau’s commitment to women’s equality is a central feature of his political vision — it’s arguably one of the factors that won him the last election, in which female voters overwhelmingly supported the Liberals.

It’s also what made Trudeau a global celebrity and the world’s favourite woke bae. A few weeks ago, he met with actor and activist Emma Watson to announce he will be an ambassador for her United Nations initiative called He For She, an international movement to encourage men to advocate for women’s issues.

Of course, the prime minister’s feminism has always been relatively low-risk and crowd-pleasing. And it’s this feel-good quality that led Anne Kingston to speculate in Maclean’s last month that Trudeau might be a “fake feminist.” His belief in equality isn’t in doubt, Kingston wrote. “Where critics attack him for is his desire to identify as a feminist iconoclast without breaking anything.”

And with Trump, Trudeau’s reluctance to break a rule or two of diplomatic etiquette means he’s squandering the opportunity — and his enormous platform — to directly call out Trump and teach boys and men about consent and stopping violence against women.

Many other prominent men — politicians, journalists, athletes, celebrities, comedians and activists — have already done so. If any good can come out of Trump’s hateful campaign, it’s this kind of male consciousness raising.

A high school football coach in Texas used Trump’s comments to teach his players about respect for girls and sexual consent. At another high school in Oregon, a group of male athletes took pictures of themselves in “Wild Feminist” T-shirts and posted them with the caption, “Sexual assault is not locker room banter,” in solidarity with female classmates.

As First Lady Michelle Obama said about Trump in a powerful speech last week, “This is not something that we can ignore. This was a powerful individual speaking freely and openly about sexually predatory behaviour… using language so obscene that many of us were worried about our children hearing it when we turn on the TV.”

Canadian women have been watching, too, as Trump demeans and belittles us, and we’re worrying about the messages he and his supporters are sending to our daughters and sons. We’ve been shaken to our core, as Obama put it, and we cannot — and should not — carry the burden alone for ending male violence against us.

This is why men need to speak out against Trump, why our leaders need to engage in conversations about sexual harassment and abuse, and why, when it comes to the practice of feminism, the prime minister needs to take his wife’s advice.

More:
The sperm donor who lied — and the couple that’s fighting back
Here’s what winter will look like across Canada this year
14 stylish winter boots to combat slush and snow