Jane The Virgin Star Justin Baldoni: ‘It Is Exhausting Trying To Be Man Enough’

The actor is on a mission to end toxic masculinity.

Aside from his career as an actor, Justin Baldoni is probably best known for his absurdly ripped abs, pecs and whatever those muscles between his neck and shoulders are called. So it may come as a surprise that the hunky hunk, better known as Rafael from Jane the Virgin, is on a mission to redefine what it means to be a man today. But that’s exactly what Baldoni is doing.

At the TEDWomen conference in New Orleans last month, Baldoni gave a brilliant speech on toxic masculinity called “Why I’m Done Trying to be ‘Man Enough.'” He spoke of his own childhood struggles, of being considered too sensitive by other boys, and how he came to the realization in his thirties that he was still trying to act like a man. 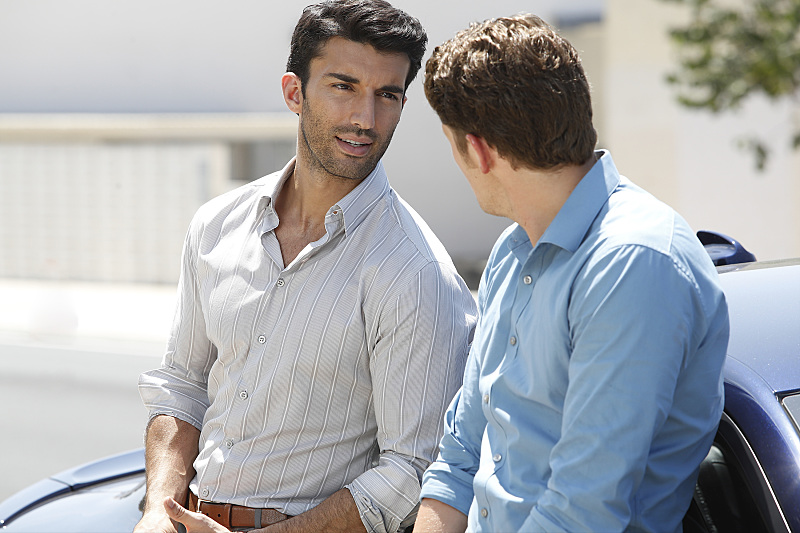 Justin Baldoni as Rafael in Jane the Virgin. Photo, The CW.

For Baldoni, trying to be man enough meant not being able to open up to other men about his feelings, a battle with body dysmorphia and cutting off his wife when she was speaking. He wanted to change that for himself and for other men, so he launched an experiment, through social media, to practise vulnerability in public and see what happened.

He posted photos of himself and his wife kissing on Instagram, for example. When one man commented that one of these photos was “gay shit,” he wrote back to him to ask why he felt that way. And a surprising thing happened: The man apologized.

“He told me how, growing up, public displays of affection were looked down on,” said Baldoni. He told me that he was wrestling and struggling with his ego, and how much he loved his girlfriend and how thankful he was for her patience. And then a few weeks later, he messaged me again. This time he sent me a photo of him on one knee proposing.”

What this guy needed, according to Baldoni, was “permission to express himself, to be seen, to be heard, and all he needed was another man holding him accountable and creating a safe space for him to feel.”

Baldoni’s experiment was a success; people liked his more vulnerable posts. But those people — surprise, surprise — happened to be mostly women. So he started posting more traditionally macho content, mainly of his workout routine. A men’s fitness magazine called to say it wanted to feature him as one of its “game changers.”

“And see, that’s the problem,” explained Baldoni in his talk. “It’s totally cool for men to follow me when I talk about guy stuff and I conform to gender norms. But if I talk about how much I love my wife or my daughter or my 10-day-old son, how I believe that marriage is challenging but beautiful, or how as a man I struggle with body dysmorphia, or if I promote gender equality, then only the women show up. Where are the men?”

It’s fitting and maybe a little depressing, then, that Baldoni’s talk was given in a room filled with women at a TedWomen conference. His dad was in the audience, but it looked like very few other men were in attendance.

At a time when so many men in Hollywood have been accused of sexually harassing or assaulting women, Baldoni’s speech is particularly poignant.

In his closing, he called on men to recognize how toxic masculinity affects women. “It’s time we start to see past our privilege and recognize that we are not just part of the problem. Fellas, we are the problem. The glass ceiling exists because we put it there, and if we want to be a part of the solution, then words are no longer enough.”