Take a peek inside historic homes, toast 10 years of Arts and Crafts music, and laugh at the end of the world. 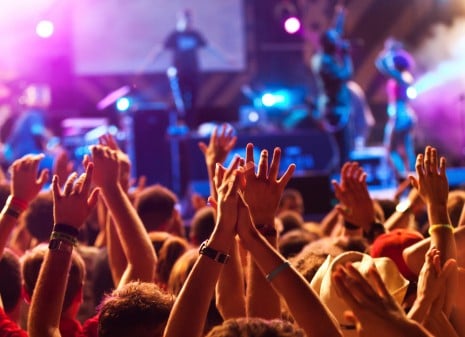 Canada’s most beloved record label toasts ten years and is throwing a party of epic proportions to celebrate. With Broken Social Scene playing their 2002 debut record, You Forgot It in People track by track, and special performances by Feist, Bloc Party, and Stars (among many others), this is a birthday party you want to RSVP to. Can’t make the show? Not to worry. The labels commemorative album is now available featuring two discs of fan-favourites and never before heard rarities, or dive into Arts & Crafts: X, a collection of A&C collaborations.

Ever wonder what the inside of your neighbours house looks like? Or what’s hiding behind the exterior walls of that historical landmark on the corner of your street? The wait is over. Tote some baked goods and go introduce yourself or, better yet, use these more than socially acceptable excuses to wipe your feet at the front door: Architects and designers unlock their doors to the public as part of the 2013 Modern Home Tour; sneak a peak inside a heritage building for free as part of Doors Open Halifax; or catch a theatrical performance in your neighbours living room or back yard at the 10th Annual In The House Festival.

June 7-9, In The House Festival, Vancouver

See Chihuahua’s in sombreros, listen to classical music performances fit for sensitive canine ears, or join 300,000 pet lovers at Woofstock, North America’s largest festival for dogs. Simply, throw your furry friends a bone and be their plus one to a party that revolves around them.

4. Prep for your summer DIY project

Next week marks ETSY’s world-wide craft day — and what’s the most important part about crafting? Preparation! This weekend, expand your creative mind at a giant garage sale and find trash you can turn into treasure. With that, don’t forget to send out an invitation to your besties for the 20th since with your great finds it’s only fitting you host a DIY craft-party.

5. Laugh at the end of the world

When recently in Toronto at the pre-screening of This Is The End, star, screenwriter, and director Seth Rogen said if the end of the world were upon us he would want to be next to his wife (pretty cute).  However, in his summer blockbuster comedy (co-written/directed with bestie, Evan Goldberg), the end of the world strikes and he’s stuck in a Los Angeles house alongside the likes of James Franco, Jonah Hill, Jay Baruchel, Craig Robinson and Danny McBride, all playing themselves.  Treat yourself to an hour and a half of laughs, and hold hope that the world doesn’t end before this cast of comedians puts out another movie. In theatres June 12.