As Chatelaine celebrates its 85th year, editor-in-chief Jane Francisco reflects at what it means to be a superwoman. 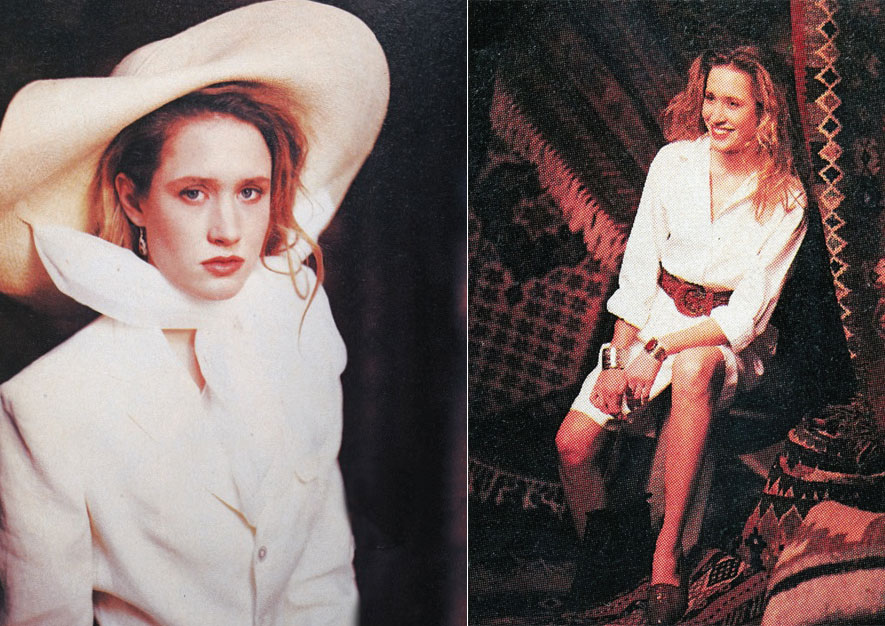 My first time on the pages of Chatelaine was for a modelling shoot in the early ’90s. I never guessed then that I’d be editor one day! Photos by Karl Protter, Chatelaine Archives

When we want to be taken seriously, there may be some parts of our personality we edit out. For instance, I’m more likely to share the fact that I studied philosophy or was once a theatre producer than I am to say I used to be a model, like to play iPad games and have a not-so-secret passion for superhero movies.

Given my admitted affection for superheroes, it probably comes as no surprise that my favourite TV show as a kid was The Bionic Woman. In case you’ve never heard of it, a woman almost dies in a skydiving accident, but then the government turns her into a secret agent, replacing most of her body parts with—you guessed it—bionic ones. I liked it because the title character (played by Lindsay Wagner) was not only beautiful, stylish and smart, she was super strong. Stronger than any man. She could lift a phone booth with her bare hands, run almost as fast as a car and jump as high as a small building. This savvy, glamorous agent became an inspirational and powerful role model for young women in the ’70s.

Fast-forward 30-plus years. And here we are juggling work, carpools, social obligations and spring cleaning. Not to mention trying to carve out time for ourselves to fit in the odd facial or manicure, or get into that hot new restaurant we just heard about for some no-holds-barred girl talk with our friends. I like to think of us as modern all-in-one-derwomen, but sometimes it feels like we need some of those bionic powers just to squeeze a little more into our already overflowing lives.

This isn’t the first time in Chatelaine‘s 85-year history that this topic has come up. As far back as 1928 (our first year of publication), we wrote a story called “Only a Super-Woman Can Juggle Both a Family and a Career.” By the ’80s, the narrative had changed to “How to Be a Superwoman.”

Today, in the era of Sheryl Sandberg’s Lean In, it amazes me that so many of our discussions still revolve around the challenge (and our desire, or lack thereof) to tackle it all. For now let’s just celebrate how far women have come. Astoundingly, when Chatelaine’s first issue came out, women weren’t even recognized as “persons” in Canada.

Check out the downright flabbergasting historical events (but some are fun and funny too) that we’ve collected for the timeline at the bottom of most pages in this month’s issue, on stands now. We hope you’ll laugh and marvel (like we did) at our bionic trajectory as we charted our progress over the past 85 years!