The suicide of Nancy Motes sheds light on how competitive tensions between siblings can morph into bitterness and resentment. 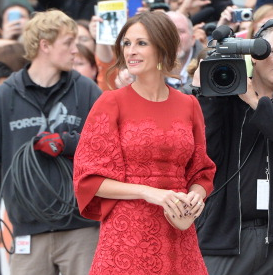 Anyone who has ever shared the same bath water with a brother or sister understands the frailties and complexities of sibling relationships. Few bonds are as simultaneously weak and strong as the connections between children who share the same parents.

The apparent suicide of Nancy Motes, half-sister to Julia Roberts, which, according to reports, was allegedly timed to sabotage the actress’s hope of winning an Oscar for her performance in August: Osage County — or failing that to at least jeopardize the experience of what would otherwise be a dazzling career highlight — shines a sad light on what may have been a very bitter bit of sibling rivalry.

Before she died Motes, who has the same mother as Roberts, posted some vicious tweets ostensibly directed at her sister, whom she took to town in particularly hateful fashion.  Previously, according to various media sources, Motes suggested that Roberts had been unsupportive of her acting ambitions and regularly mocked her weight.

In an article in the Daily Telegraph, writer Beverly Turner, talks about the unhappy circumstances surrounding Motes’ suicide and her attitude toward her sister, within the context of sibling rivalry and what parents can do to keep it from becoming toxic.

According to Turner her own parents started with the premise that “competitive tensions” weren’t ever to be entertained or indulged — arguments weren’t allowed to fester and grow and morph into bitterness, and the kids were expected to be cheerleaders for one another’s successes.

Of course, parents have an obligation to not make unfavorable comparisons between kids who are set up by nature to clamor for parental attention and approval.

No one outside of Motes’s and Roberts’s immediate families have any real insight into what went on between the two sisters and any judgments by the rest of us qualify as only gossip.

Unfortunately, Motes’s suicide, however tragic, is emblematic of an attempt on her sister’s life as well — the public vilification, the rumored multi-page indictment she left behind, all part of an attempt to kill Roberts softly.

Our relationship with Roberts isn’t personal — she performs, we watch her and that’s the only basis on which we can legitimately judge her, the rest is a private family matter, something that seems to have eluded Motes in the end.

Julia Roberts, after all, is not our sister.