What Jody Wilson-Raybould Wants You To Know About Reconciliation

In a new book, she shares the hard, heartbreaking truths we need to learn and understand about the Indigenous experience on this land, before we can act on reconciliation. 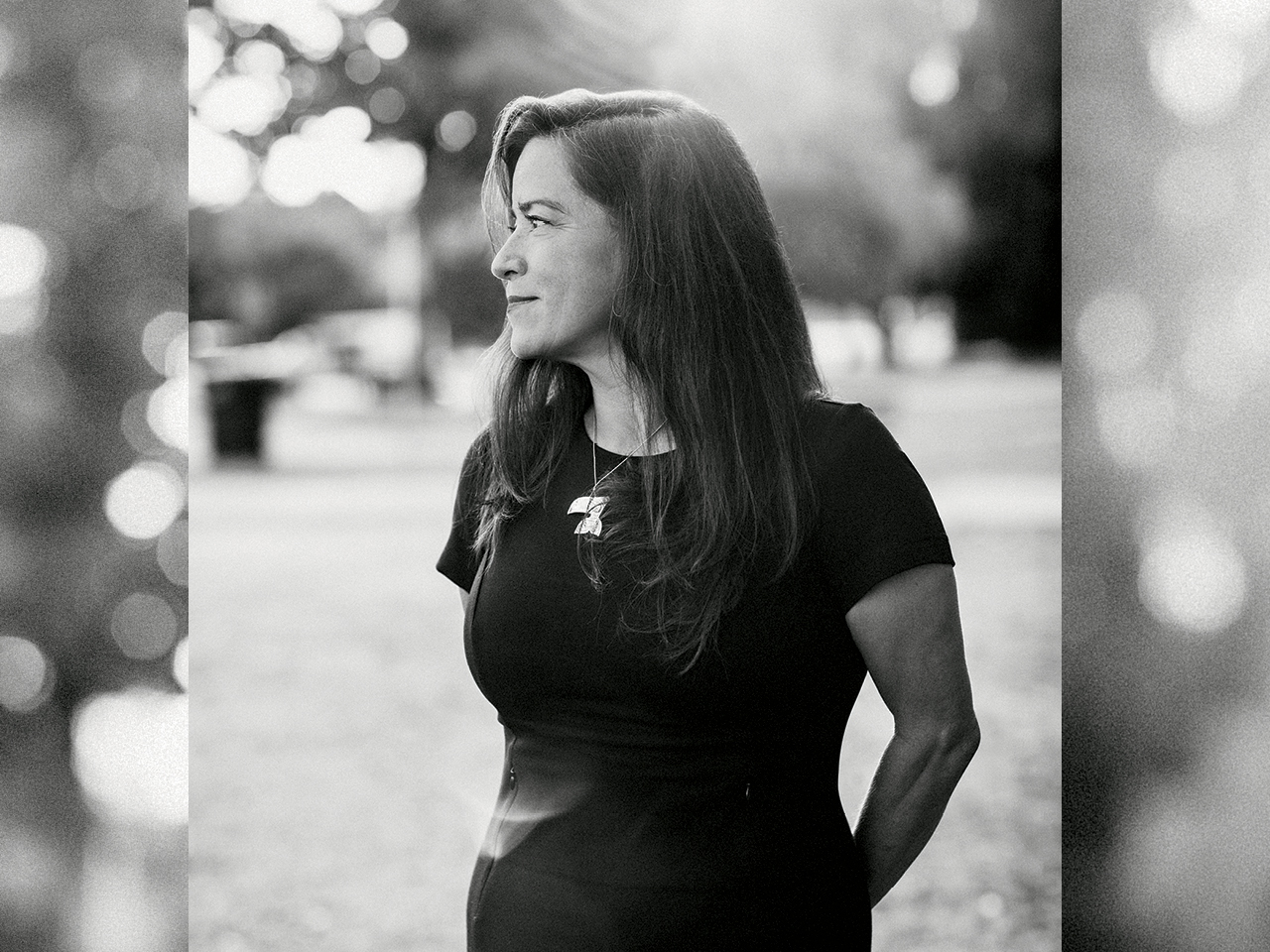 It’s a late summer morning in downtown Vancouver, but the shadows of high-rise buildings offer respite from the heat and humidity. I’m on my way to meet Jody Wilson-Raybould, the former justice minister and attorney general of Canada. As I’m walking from my hotel to the restaurant where we’ve agreed to meet, I receive a text from my best friend: “Holy shit. The Queen is dead.”

Wilson-Raybould and I are getting together to talk about her new book on reconciliation. And now the figurehead of colonialism in Canada is gone. How does this affect what reconciliation means? Will colonialism go with her? As I keep walking, I see these same questions being posed on social media, mainly by Indigenous people.

The relationship between Indigenous people and the monarchy is a bitter one, and Queen Elizabeth II represented the colonization of not only Indigenous Peoples in Canada, but also around the world. So maybe Wilson-Raybould’s just-released book, True Reconciliation: How to Be a Force for Change, is coming at the exact time we need it to.

The idea that you can’t have reconciliation without truth has been floating around for a while now. But if you are non-Indigenous, where do you begin to seek the truth? Through the lens of mainstream media? Or through the hearts and minds of the people who lived it, whose parents and grandparents lived it and those who are still living with its heartbreaking legacy today? True Reconciliation is a manual for learning through the latter.

Jody Wilson-Raybould was born to lead. She’s a citizen of Kwakwaka’wakw traditional territory, located on the northeastern side of Vancouver Island, and her home is the We Wai Kai First Nation (Cape Mudge Band) on the southern tip of B.C.’s Quadra Island. In the matrilineal society of Kwakwaka’wakw, women carry high-ranking roles and knowledge; her grandmother’s name, Pugladee, was the highest-ranking role in their clan, male or female, while Wilson-Raybould’s traditional name, Puglaas, means “a woman born to noble people.”

Wilson-Raybould’s parents­—Sandra and Bill Wilson—divorced when she was young. Her father, a lawyer and hereditary chief, helped negotiate Section 35 of the Constitution Act of 1982, which recognizes and affirms the treaty rights of Indigenous Peoples. During the negotiations, he famously told Prime Minister Pierre Trudeau that his two daughters hoped to become lawyers and then prime ministers one day.

Fittingly, Wilson-Raybould graduated from the University of British Columbia with a law degree and went on to work as a crown prosecutor in Vancouver before venturing into both Indigenous and Canadian politics. In 2008, she married Tim Raybould, who, for many years, worked as a consultant to First Nations groups. In 2009, she was elected as a regional chief to the BC Assembly of First Nations. A few years later, Justin Trudeau, then leader of the Liberals, asked her to run for the party in the next federal election. In 2014, she won in her riding of Vancouver Granville.

As a rookie MP, Wilson-Raybould took the reins of a massive portfolio, becoming the first Indigenous woman to assume the role of minister of justice and attorney general. However, her relationship with the prime minister eventually soured. In January 2019, she was shuffled into veteran affairs; it was later revealed that during her tenure as attorney general, Trudeau had pressured her in relation to an ongoing prosecution against the engineering mega-company SNC-Lavalin. Wilson-Raybould resigned from cabinet in February 2019—signing her resignation letter with her traditional name, Puglaas. Two months later, Trudeau ejected her from the Liberal caucus and stripped Wilson-Raybould of her Liberal nomination for the 2019 election. But the 51-year-old had the last laugh when she won her seat again—this time as an independent.

I remember watching the results roll in from my living room in Winnipeg. Each time the votes were updated, I breathed a little easier, because Wilson-Raybould was ahead. When the race was called, I was elated. It gave me hope that one determined Kwakwaka’wakw woman could change the tides. I saw it as a microcosm of truth and reconciliation. I share all of this with Wilson-Raybould, and she tears up.

“You never know the impact, necessarily, you have on people unless they tell you,” she says. “I love to hear that what I have done has instilled hope in Indigenous people.”

In True Reconciliation—her third book, which follows her 2021 memoir, “Indian” in the Cabinet: Speaking Truth to Power, and a 2019 book of speeches, From Where I Stand: Rebuilding Indigenous Nations for a Stronger Canada—Wilson-Raybould compares Indigenous and non-Indigenous points of view on topics such as the Potlatch, treaties and hunting rights. A government official’s description of a Potlatch ceremony—the redistribution of wealth establishing the hierarchy within nations—as “wasteful and destructive,” for instance, is juxtaposed with an Indigenous person’s recollection of his Elders’ heartbreak over Potlatch goods being seized by the RCMP.

“I hope [readers] will think about the origins of this country, and how things are very different from what they may or may not have been taught, or have perceived, or told,” Wilson-Raybould tells me. “The way that I hope it comes across is to propose or pose questions to people about how they perceive the world, what their world view is.”

Wilson-Raybould knows it’s not easy to understand other people’s world views. It takes a lot of unlearning to be open-minded. This is where the talk turns to her political career, which ended in 2021, when she decided not to seek re-election. (She now works as an author, public speaker and lawyer.)

“One of the challenges that I had getting involved in federal politics and being in an environment that was very different from the world that I was used to is there was kind of a collision, and there was not a willingness, at least on some people’s parts, to understand where I’ve come from,” she says. “And I think that the challenge of achieving true reconciliation is that people need to be aware of different and distinct voices and views—and their importance.”

In True Reconciliation, Wilson-Raybould writes that her grandmother used to joke that women were too busy and too important to be chiefs. But as colonization swept the land, settlers did not want to negotiate with female leaders, so men were put forward in these roles. While not all First Nations had the same governance structure, eventually their structures became similar due to the Indian Act and the installation of a chief and council system.

Today, Wilson-Raybould says that in her own experience, it doesn’t matter what table she’s sitting around, or in what capacity, the marginalization can still carry over. She sounds exasperated.

“I was the first or the only in many different environments throughout my life, including in the federal cabinet,” she says. “People around that table, and I’m not saying they weren’t well-intended, were not used to that presence. So it made them very uncomfortable.”

Wilson-Raybould was taught to lead based on consensus. It’s how her ancestors thrived for thousands of years, before colonizers and settlers arrived in this country. Decisions were made based on the good of the people and community.

“That kind of butts up against the reality of politics. And I think if I learned anything while I was in Ottawa, it’s hard to be one of those people who is pushing for change. That is, being an ‘inbetweener,’ or being uncomfortable, that’s the only way to actually make change. I don’t regret one minute of the time that I was there.”

An “inbetweener,” a term Wilson-Raybould uses throughout the book, is similar to an ally. But she prefers inbetweener to refer to those—like herself—who are willing to be a bridge between people from all walks of life.

“Inbetweeners are those who know how to navigate the space of the new, the evolving and the changing,” she writes in True Reconciliation. “Who embrace, at once, recognizing and respecting distinction and diversity, and interdependence, cohesion and unity.”

This is something Leah Gazan, the NDP MP for Winnipeg Centre, knows well. “When I was elected in 2019, I knew exactly what I was getting into,” says Gazan, who is of Lakota, Chinese and Dutch-Jewish descent. “[We] were never supposed to take space in the House of Commons, an institution established for men to make all decisions on behalf of people in Canada.” She notes that while their political leanings are quite different, she sincerely respects Wilson-Raybould and the impact she has had on Canadian politics.

As does Nahanni Fontaine, an NDP member of Manitoba’s legislative assembly. “The very fact that Wilson-Raybould was the first-ever federal Indigenous woman minister is an act of transformative change. That is an act of reconciliation,” says Fontaine, who is Anishinaabe and who says Indigenous politicians are increasingly speaking out about what Indigenous people—especially Indigenous women—need from government.

In March 2021, Fontaine was thrown out of the Manitoba legislature for stating that the provincial Conservative government “just [doesn’t] give a crap about Indigenous women and girls in this province.” She was asked three times to withdraw her comments; she refused and she has no regrets. “Indigenous women live in this world in a very different way. And things are more urgent and more critical for them,” she says. “There is no time for BS; now is the time for those of us who are in those positions to absolutely, 100 percent, stand in that truth and demand the protections and demand the attention that we rightly deserve.”

So, what does true reconciliation look like for Wilson-Raybould? She envisions a world where Indigenous Peoples are self-governing, according to their own laws, customs and traditions. Their quality of life has improved and their languages are thriving, along with their cultures.

But they cannot do it alone.

“We need a leader who is willing to put their neck out there to change laws and policies that will actually create that space for that improved reality for Indigenous people and Canadians. But the only way we’re gonna get there is if Canadians ask for it,” she says. “That’s why I think it’s so important for people to reach for reconciliation. To continue to read Indigenous authors. To figure out how their actions can lead to other actions and how they can encourage other people to get involved. That’s the way we’re going to get there.”