The Montreal-born actress would spend time in her Southern California neighbourhood learning to cook Indian, practicing speaking Spanish and having dinner with friends and family 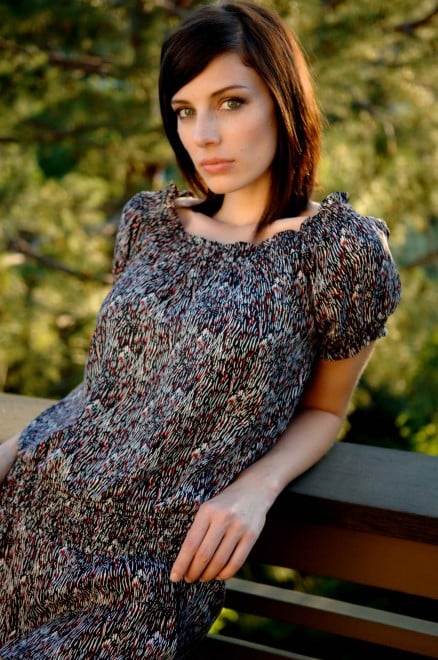 Jessica Paré, better known as Don Draper’s new fiancée in Mad Men, has been a celeb since playing the lead role in the Canadian indie hit Stardom, where she played a hockey player-turned-supermodel. The funny girl also had a role in Hot Tub Time Machine, and the newly released, The Mountie.

I would take this class that I really like – it’s an exercise and dance class called, bar method. It’s like a combination of ballet and pilates and yoga. It’s a fun class, but totally hard.

I just bought my own place in L.A.’s Atwater Village, and they have a really great farmers’ market, so I might go to that. I’ve only lived there for about a month, and I’m just sort of discovering the area now. It’s a great little neighbourhood: I’m walking distance from this amazing pho place and Cuban place, and there’s a great little bookstore and wine shop. And there’s this Indian grocery store where they have all these things I’ve never seen before in my life. I walk through it picking up vegetables, just wondering, what are these? I’m looking forward to exploring that – I bought a really great Indian cookbook, so that should be fun to learn about.

I’ve been a vegetarian for two-and-a-half years, so Indian [cuisine] is definitely a staple. Being from Quebec, it was important to weigh that decision carefully, because so much of our food culturally is meat-based. But I don’t miss it. I don’t really feel strongly that everyone should make the same choice that I do, but I think it’s important for people to be informed. I think more than anything, I couldn’t ignore what was happening with the meat I was eating. I just kind of thought it was gross.

The other thing I’m doing right now is learning Spanish. I feel kind of silly about living in Southern California and not speaking Spanish because everyone around me does. So I’m taking lessons with a tutor. I’m bilingual in French, but it’s harder to learn a language as an adult. In Montreal, where I grew up, I had French-speaking friends and cousins so I did get to use my French. Now I have to make a more conscious effort to find the opportunity to speak Spanish. I listen to a lot of radio in Spanish and learn it that way. Although, because I don’t speak Spanish that well, sometimes I end up listening to a show about sports or a sermon. I’ll listen to it for a while before I realize, ‘Wait, they’re saying Dios a lot.’

And then probably I’ll enjoy the cinq-a-sept, maybe a nice dinner and some drinks with friends. Or a rock show. I’m really looking forward to seeing Iggy Pop when he comes through L.A. in September.

This summer, I’ll be going to North by Northeast in Toronto one weekend, and back to Montreal for a few days to work on my friend’s [film] shorts. Then I’ll be going to my family’s cottage by the lake up in the Laurentians for a week or so. I’m really looking forward to going back there. I definitely feel the call in the summer to the wilderness, and to the countryside. I’m sure it’s a common Canadian hankering.