CBC star Jessi Cruickshank on the not-so-magical moment that she realized she was pregnant.

The moment you find out you are pregnant should be magical. You should see a perfectly clear, almost glowing pregnancy test result then look up into your handsome partner’s eyes as they fill with tears of joy and love. At least, that’s how I always pictured it. Instead, I found out I was pregnant…on FaceTime.

Evan and I have been together for 10 years, married for three. I’m 34, and while I’m not great at math or gynecology, I do know that all of this adds up to shrinking ovaries.

Our fridge used to be filled with alcohol, now it’s plastered with birth announcements. Our friends used to want to meet us at bars, now they want to get together at playgrounds. We figured it was time to start catching up. 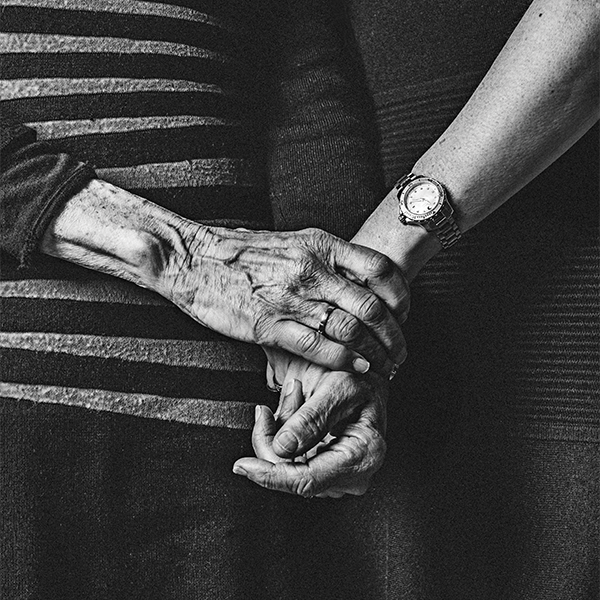 At the time of the Great FaceTime Pregnancy Reveal, I was living in Toronto, shooting CBC’s The Goods, and Evan was working full-time in L.A. We had recently returned from our winter holiday together and I noticed something for the first time since puberty: My boobs look big today. I bought a pregnancy test and placed a casual FaceTime call to my husband. Knowing how long it can take to get pregnant, I wasn’t expecting much from my first test. As predicted, I held it up to the phone and told him, “It’s negative. There’s only one dark line and the other one is really light.”

“What’s it supposed to look like?” he asked. “Did you read the instructions?” Obviously, I didn’t read the instructions. I’ve seen enough Teen Mom to know how pregnancy tests work, OK? “You should probably read them,” he urged, “just to be sure.” I rolled my eyes, dug them out of the trash and read them aloud like a chastised child. “If you are pregnant, two lines will appear in the result window. NOTE: ONE LINE MAY APPEAR LIGHTER THAN THE OTHER.”

I looked up at Evan in shock. His face was frozen. “I’M PREGNANT!” He was still frozen. As in, the FaceTime call had frozen. Connecting… it said, as tears filled my eyes and I stared at the contorted frozen face of the FATHER OF MY UNBORN CHILD. Connecting…

We didn’t connect with a doctor until two months later. I had a hiatus from work and we were finally able to fly into the same city for our first ultrasound appointment. This time, we were going to do it right. We were going to hold hands and see our baby together. Then, we were going to weep and embrace and fall even more deeply in love. That was the plan. It was going to be magical.

We held hands as the doctor showed us our baby. We marveled at the sound of its heartbeat. We looked lovingly at each other, and at our tiny little creation. Then, the doctor gasped, smiled and exclaimed “OH MY!!”

“What?” I asked, “What is it?” Our doctor studied the screen intently as my mind raced, Was our baby stunningly beautiful? Otherworldly intelligent? Redheaded!? What could she possibly be looking at with such focused fascination? She stopped and nudged the screen closer to us, then slowly panned over to a SECOND BABY, just chilling there… “You’re having twins.”

We dropped hands. I couldn’t breathe. “No.” I said. “That’s not possible,” I said. “Are you sure?!” The doctor looked at me and then back at the screen where two little jelly beans sat wiggling in my womb. “I’m sure.” Evan took over as I started to hyperventilate, “But we don’t have twins in our families?!” “Well,” the doctor replied calmly, “consider yourselves blessed.”

I was NOT feeling hashtag blessed. I wasn’t even feeling praying-hand emojis. I was feeling completely and utterly out of control. I didn’t want twins. I wanted a husband and a career and a baby. One. Baby. Like everyone else. That was the plan. I didn’t plan for TWINS. I didn’t even KNOW twins. Sure, I had every Mary Kate and Ashley movie on VHS and I did meet the Property Brothers in person once, but that was it. And yet, there they were, two little babies with their two little hearts, beating inside of me.

After a few hours of heaving, convulsive, hormone-fuelled sobs, and a few weeks of learning about twins, reaching out to twin moms and joining my local “Twin Club” (this a thing; it’s basically The Soho House for the overly fertile), I started to feel better, I started to feel grateful, I even started to feel #blessed.

Now, I wouldn’t have it any other way. I’ve moved past the shock and the fear and embraced the joy and the bliss and the fact that I am obviously Beyoncé. And as I continue to grow these incredible little human beings in my belly, I have come to understand that from here on out, nothing will go according to plan. But it will be magical.

More:
Why Father’s Day needs to die
16 of the best side salads for summer barbecues
How Céline Dion became cool