If you’re looking for relationship advice, you might be better served by going to transgendered celebrity offspring, Chaz Bono. 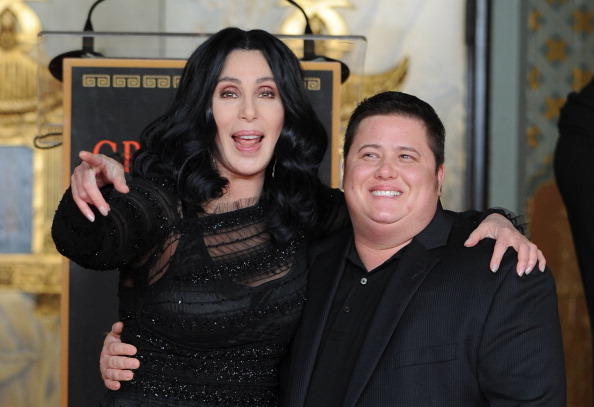 Given Bono’s unique history—she was born Chastity Bono, daughter to 70s twosome Sonny and Cher, and now lives as a man—it’s clear he’s in a fairly significant position to offer insight to both sexes.

In a recent interview with NY Times reporter, Cintra Wilson, Bono shares how becoming a man has altered his perception of male-female dynamics. In particular, Bono reveals how receiving testosterone treatment as part of the ongoing process of changing sexes has affected his personality and temperament.

Oddly, says Bono, it’s not the surgeries that have significantly affected his relationship with his longtime girlfriend Jennifer as much as it is the powerful male hormone testosterone. Basically, adding testosterone to the once estrogen-heavy mix has meant Bono and his girlfriend went from having a lesbian union to your classic male-female relation/grim-faced endurance trial.

He shares that not only has he lost his “tolerance” for women on account of the hormone, but that he also finds his female partner’s propensity for chatting annoying. Bono tells the NYTimes: “There is something in testosterone that makes talking and gossiping really grating. I’ve stopped talking as much. I’ve noticed that Jen can talk endlessly.”

He adds: “I’ve learned that the differences between men and women are so biological. I think if people realized that, it would be easier. I would be a great relationship counselor. I know the difference that hormones really make.”

While these aren’t exactly earth shattering revelations from Bono—another side effect of testosterone treatment may be reverting to 50s-dad levels of intolerance for women and their gibber-jabberin’—Bono does think if men and women were truly aware of how biology influences behaviour they might feel better about the conflicts they attribute to other causes. For example, to take Bono’s logic for a test drive, your husband isn’t grumpy because he’s a jerk. It’s just that the sound of your nagging voice triggers the hate centre of his testosterone-saturated brain. Feel better? Me neither.

Bono may be in a unique position to dispense relationship advice. But what he’s not acknowledging is that the advice he’s dispensing isn’t all that great. Maybe in a few more years Chaz will evolve from Men are from Mars, Women are from Venus-type thinking and arrive at the more generic adult conclusion that while biology influences behaviour, maturity can be a great game-changer.