Is this woman the world’s worst mother-in-law?

Meeting your future husband’s mother is the kind of dramatic, life-altering event that can fuel a hundred thousand romantic comedies. But for one UK woman, a real-life weekend with her future mother-in-law was more in the vein of Saw 4 than Monster-in Law, and the fallout is keeping the British tabloid press humming. 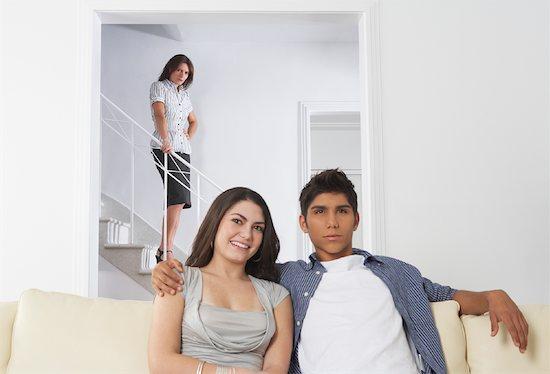 Meeting your future husband’s mother is the kind of event that can fuel a hundred thousand romantic comedies. But for one UK woman, a real-life weekend with her future mother-in-law was more in the vein of Saw 4 than Monster-in Law, and the fallout is keeping the British tabloid press humming.

After spending the weekend at her fiance’s parents’ house in Devon, England, Heidi Withers found a harshly worded missive from her soon-to-be mum-in-law, Carolyn Bourne, in her email inbox. Bourne apparently found the 29-year-old’s manners wanting and wanted to let her know just how much. Heidi forwarded the email to friends who then forwarded the email to friends and somehow the email made it to the UK tabloid, The Daily Mail.

What did Carolyn Bourne feel the need to tell her future daughter-in-law? Essentially that she was an uncouth, “vulgar” brat who needed a few etiquette lessons.

Bourne started off by firing this rocket (via The Telegraph): “It is high time someone explained to you about good manners. Yours are obvious by their absence and I feel sorry for you.”

The email goes downhill from there, with Mrs. Bourne detailing how Heidi violated all kinds of standards of behaviour: she slept late, helped herself to food without asking, was obnoxious in her person, insulted her guests and even left the family dog feeling depressed and anxious.

She insults the young woman’s apparent interest in a lavish wedding, arguing, “No one gets married in a castle unless they own it. It is brash, celebrity style behaviour.” (Hmm, I’ve got to admit she has a point…)

She also gets in a dig about Heidi’s parents, writing: “I understand your parents are unable to contribute very much towards the cost of your wedding. (There is nothing wrong with that…) …If this is the case, it would be most ladylike and gracious to lower your sights and have a modest wedding as befits both your incomes.” (Again, I’m kind of with Mrs. Bourne on this one…)

Mrs. Bourne cautions Heidi to pay great attention to her moral failings or else: “If you want to be accepted by the wider Bourne family I suggest you take some guidance from experts with utmost haste. There are plenty of finishing schools around. You would be an ideal candidate for the Ladette to Lady television series. Please, for your own good, for Freddie’s sake and for your future involvement with the Bourne family, do something as soon as possible.” (Now that’s a bit harsh.)

So far both Heidi and her fiancé Freddie are remaining fairly quiet on the email and its implications for future harmony in the family. But Heidi’s father isn’t quite so shy (or wise). He told The Daily Mail that Mrs. Bourne “has her head so far up her a—that she doesn’t know whether to speak or fart.”