Is the era of cheap clothing coming to an end?

The end of cheap clothing; the ingredients in Coca-Cola, revealed; Canadian children are too sedentary; old people grieve surprisingly little; and Berlusconi will stand trial. 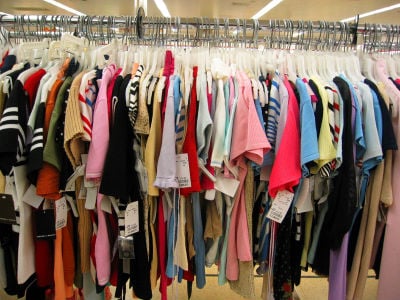 As every H&M shopper or Walmart frequenter knows, we’ve been living in an era of cheap clothing for the past decade or so. Now, experts are warning that the time of $7 T-shirts and $20 cocktail dresses may be coming to an end. Thanks to a recovering North American economy and a growing middle class in countries like China and India, the demand for materials like cotton and synthetic fabric has been rising, driving up clothing costs. In order to keep prices down, retailers plan on making other concessions: expect fewer fancy embellishments (like beadwork) and a smaller selection of colours. Also, expect higher prices.

Coca-Cola has been guarding their secret formula for as long as they’ve been selling soda – since 1886, as it happens. Now, the recipe for the world’s most ubiquitous soft drink has been made revealed by an NPR radio program. The radio show This American Life dug up the coveted ingredient list, which was apparently previously published in the Atlanta Constitution-Journal in 1979. The reported recipe consists of two parts: the first is made up of caffeine, sugar, caramel and vanilla, but also “fluid extract of coca.” The second, known as “Merchandise 7X,” includes cinnamon, nutmeg oil, neroli, orange oil and coriander, and gives the beverage its unique flavour.

New research conducted over the past two decades has revealed that elderly couples typically grieve about the natural death of a spouse for a much shorter period of time than might be expected. In a large long-term study conducted at the University of Michigan, researchers found that about half of participants showed very few signs of grief as little as six months after the natural death of a spouse. Rather than indicating mental instability, this study indicates that a quick recovery from the death of a long-time companion appears to be surprisingly normal.

Italian Prime Minister Silvio Berlusconi will go to trial for his alleged sexual relationship with an underage Moroccan girl, it was announced yesterday. Berlusconi is accused of paying for sex with 17-year-old girl nicknamed “Ruby the Heart Stealer.” Both Ruby and Berlusconi deny they had sex, though Ruby says the prime minister gave her 7000 euros when they first met. Media reports based on wiretaps and other investigative methods report that the prime minister is a frequent host of sex parties where would-be celebrities vie for his attention and money. Last weekend Italian women took to the streets by the thousands to protest Berlusconi’s alleged indiscretions. The prime minister says he has no intention of stepping down.