Is putting a 7-year-old on a diet irresponsible or tough love?

Vogue writer Dara Lynn-Weiss ignited a mini-firestorm in media circles among last week when her essay for the April issue of the fashion magazine hit newsstands. 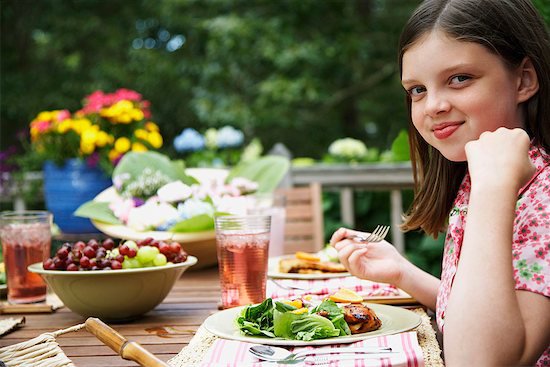 Vogue writer Dara Lynn-Weiss ignited a mini-firestorm in media circles last week when her essay for the April issue of the fashion magazine hit newsstands. In the piece, Weiss details how she put her seven-year-old daughter Bea on a strict diet after the child’s doctor expressed some concern about her size. (Bea was reportedly 4’4 and 93 pounds at the start of the diet. After a year, she’d lost 16 pounds. Bea also grew two inches, as is natural to a child still growing.)

It wasn’t Weiss’s parental concern over her daughter’s development, however, that most troubled readers and critics—Jezebel writer Katie Baker called Weiss “one of the most f—ed up, selfish women to ever grace the magazine’s pages”– It was Weiss’s militant approach to the diet. (Weiss apparently put Bea on a Weight Watchers-style, calorie counting type diet.)

Wrote Weiss: “I once reproachfully deprived Bea of her dinner after learning that her observation of French Heritage Day at school involved nearly 800 calories of Brie, filet mignon, baguette and chocolate.”

The author also revealed that rather than disguise her efforts to make her daughter eat a healthier diet, she often derided the little girl for desiring the kinds of foods that kids (not to mention adults) naturally enjoy.

“I cringe when I recall the many times I had it out with Bea over a snack given to her by a friend’s parent or caregiver,” she wrote. Weiss confides that she “often derided Bea for not refusing the inappropriate snack. And there have been many awkward moments at parties, when Bea has wanted to eat, say, both cookies and cake, and I’ve engaged in a heated public discussion about why she can’t.”

For her trouble and her ability to stir the pot, Weiss has scored a book deal, however.

Weiss’s controversial essay aside, the issue of kids’ weight is a rising concern for parents. While most experts agree that what a child eats is important—for example, most pediatricians urge parents to avoid giving their kids sugary drinks and sodas on a regular basis—most doctors believe that it’s a bad idea to seriously restrict a child’s diet as kids are still growing and developing.