Is it wrong to look at Mr. Big's privates at work?

The Internet is a strange place in which to spend one’s leisure time. It encourages both curiosity and perversity, and sometimes I don’t know where the one begins and the other ends. 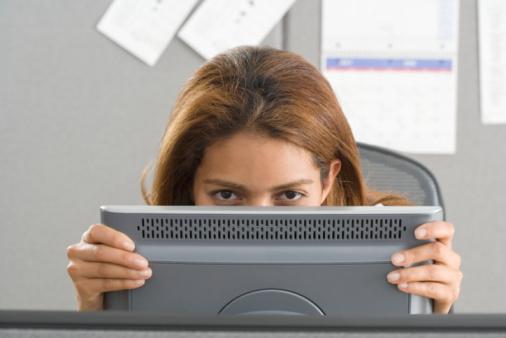 The Internet is a strange place in which to spend one’s leisure time. It encourages both curiosity and perversity, and sometimes I don’t know where the one begins and the other ends. For me, they collide—maybe even crash and burn—with the NSFW tag, which is emblazoned across so many gossip items. You don’t have to be a genius to notice that gossip has gone from traditionally tasteless to borderline pornographic in a few short years.

Those four letters pop up frequently on the Internet, and I must admit that rarely can I resist the urge to peek. The only stuff I don’t click on is celebrity sex tape stuff, which I consider above and beyond NSFW and more in the realm of NSFTS (not safe for the soul).

A quick check of my browser history over the past few days would reveal the extent of my NSFW shame (word of warning: all succeeding links are NSFW!). Though I’ve never wondered what Chris Noth looks like naked from the waist down, I did indeed click on the NSFW Gawker post entitled, “Chris Noth Flashes his Mr. Big B—s.”  Later, I clicked on the post “The Famous Vagina Painting Facebook doesn’t want you to see.”

If there were a confession booth online, I would be a frequent visitor, begging forgiveness for listening to the Mel Gibson tapes (over and over again) and so much more.

There’s no point pretending that clicking on these links is anything but juvenile and occasionally creepy. It’s fair to say that I didn’t learn anything about actor Chris Noth that I can repeat in polite company. And if I were in his shoes, I would want to smack whomever posted that picture of me as well as everyone who looked at it while they should have been working (i.e. me).

But NSFW isn’t just an Internet phenomenon, in fact it’s all too familiar. It’s the online equivalent of catching your cousin stretching in his little short-shorts or accidentally walking past your grandmother’s room while she’s changing into her nightgown. Which is to say, it’s a horrifying spectacle you can’t stop yourself from looking at. The Internet has simply increased the number of times I indulge this less than appealing aspect of human nature.

I wonder if that’s a good thing…