Is it possible to change a man?

I'm an avid reader but he's not. Can this relationship ever work? 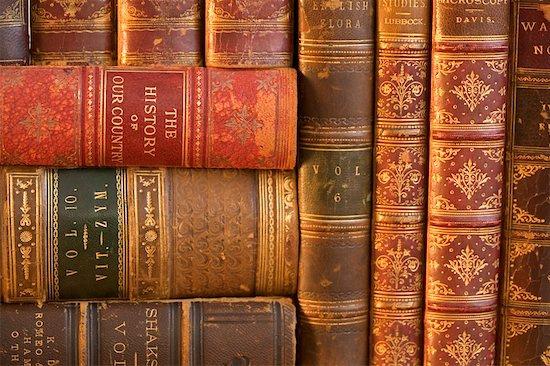 Yes, I definitely need HELP in FIXING MY LIFE. But, occasionally, I find myself wanting to fix other people.

Which maybe means I obviously need a lot of fixing, because who am I to want to fix other people, if they don’t think, or don’t need, fixing?

I’ve been thinking a lot about a man I’ve recently started dating. I’m not sure if this is a problem or not, but he’s not a reader. This isn’t a deal breaker, don’t get me wrong, and maybe you’re thinking, “Dear God, Rebecca. What are you going on about now?”

But, as an avid reader, writer and author, I need readers. I love readers. I really don’t understand how people can not like to read. (Plus, if you don’t buy my books, then I can’t survive.)

In any case, my new guy and I have talked a lot about reading. Mostly about how much I love to read and him about how he doesn’t read.

I cannot have him interrupting my reading time, and this is stressing me out. After all, reading is solitary, unlike volleyball, where we can both participate.

I thought that maybe I’d buy him a book. Maybe, if he HAD a book, he’d read it, and then learn to love to read, like me! (Yes, these are the things I obsess over.)

It happened to my brother and sister-in-law. My brother was a non-reader (except for the back of cereal boxes) and my sister-in-law loved to read. She’d pass him on books, and now he reads even more than she does! Could I be so lucky?

Also, I got an advance copy of my upcoming novel, The Lucky Sperm Club, sent to my house. I was super proud of it. My new man took one glance at it and said, “So how long did it take you to write?” He flipped through it and said, “Wow. There are a lot of characters.” (Um, yeah. Characters are what make a novel!)

So I’m stressing because I’m dating a non-reader, even though I really like him. (I have matured. A couple years ago, I went on a date with a guy who told me he hadn’t read a book EVER. A second date did not follow.)

I asked Josey Vogels, dating expert extraordinaire, who also runs the website JoseyVogels.com if this was something in my life that needed fixing. I was surprised at her answers. But, hey, she’s the expert. So I should heed her advice. (As should any other woman whose man doesn’t share the same interest.)

1. She reminds me that you can’t change people and that the more you try, “the further you turn them off.” (There goes my idea of a day at the library!)

2. She says I can gently “nudge” him towards reading but I have to be “CAREFUL.” I don’t want him to think that I’m judging him for not liking to read. But if he says, “I’d like to start reading,” then I can suggest books he may like. But ONLY IF he says he may be interested.

3. She says I can’t take it personally that he wasn’t as impressed as I’d have liked him to be when seeing my book(s). In fact, I should look at it as a positive. “You don’t need his approval on a professional level. You can’t have him be supportive as a lover, a friend, a partner AND also on a professional level.” (Code: He can’t be EVERYTHING!) In fact, I should feel it’s refreshing and that maybe he can introduce me to a world outside of books and writing.

4. But Josey says I should definitely express that reading is a huge interest of mine. “Guys like it when you are direct.” She also says, “Men aren’t mind readers.” So if I want to read before bed, or on vacation, I should tell him that’s my intention, so at least he’ll know that, and plan accordingly.

5. She reminds me that couples are not the same people. “There’s YOU and there’s ME.” Couples, she says, easily forget this.

But there’s hope. As Josey says, we teach by example and that people do like to have new interests. So maybe, just maybe, he’ll hop on the reading bandwagon. If not, it’s no big deal. He has his own interests, after all, that I’m sure I won’t be interested in. I need to accept him for who he is. And that’s what I’m going to do. Problem fixed?!?