Is it better to be “beautiful” to some and “ugly” to others than “cute” to everyone?

Your online appeal, explained; why young people crave confidence; new eyelash thickener may help baldness; Michael Douglas on his recovery from cancer; and the new British schools that will train your little princess. 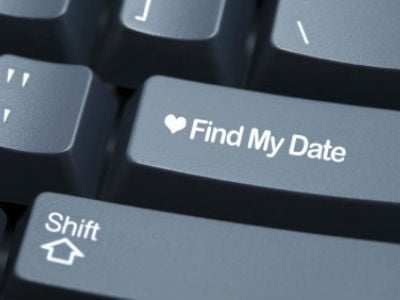 There’s an objectifying but fascinating breakdown on Jezebel today of why some women receive a lot of messages when dating online, while some receive few – in spite of relative attractiveness.  It’s a complicated analysis, but the ultimate takeaway is that it’s better to be viewed as beautiful by some and ugly by others, than to be viewed as average or “cute” by all. But how can this be, you ask? Read on to discover the statistical reasoning behind the bizarre and contradictory thought patterns of the people you are trying to date.

Which would you rather have: food, sex, or confidence? According to a new study, young people these days crave boosts to their self-esteem more than sex, seeing friends, or eating their favourite foods. A team of American researchers surveyed university age students and found that they desired things like receiving compliments or doing well on tests over activities like sex, receiving money, or eating. The scientists said the results are indicative of how highly our society values the notion of self-confidence, more so even than the things we should intuitively desire.

You may recall some of the controversy surrounding the new prescription eyelash growth serum Latissa. There’s been some hubbub that the drug can cause painful side effects like redness, itching, and discolouration around the eyes. Now, the company that makes the drug is lining up volunteers to test the formula as a cure for baldness. Both men and women will participate in the trials, and the formula will likely come as a cream that is rubbed on the scalp.

Actor Michael Douglas has come forward to reveal that the cancerous growth found in his throat last year is gone, and that he likely has the cancer beat. As the 66-year-old child of a 94-year-old father and a mother in her late ‘80s, Douglas says he’s got the longevity genes to stick around for a while longer. The prolific actor is set to portray iconic piano entertainer Liberace in the upcoming biopic by director Steven Soderbergh.

If Disney has taught us anything, it’s that some day our prince will come. The question is, if he ever does show up, will we be ready? A crop of princess training schools are popping up in Britain to teach your little lady how to behave like royalty. For around four thousand dollars, North American girls aged 8 to 11 can stay in Chelsea or Kensington for a week and take classes in royal protocol, horseback riding and the history of the monarchy.  Insane? Yes. Common? Never.