While yet to even be released, Google Glass is receiving bans from restaurants, casinos and other establishments fearful they overstep boundaries. 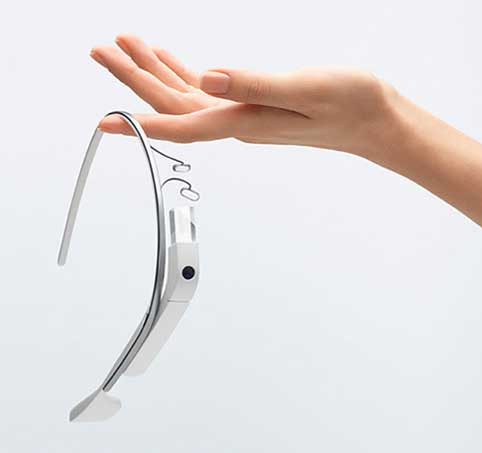 Is the opportunity to “wear” a tiny computer a sign of progress, or simply more evidence that culturally we’re evolving into robotic consumers with reduced respect for quality of life and almost no sense of individual privacy?

Do we really need the ability to surf the Internet every moment of our lives? And once we’re able to do so, will the act of googling or updating our Tumblr become as important to our well-being as exhaling?

It’s a question well-worth considering over the next few months before the much-hyped Google Glass hits store shelves.

A micro-computer worn like eyeglasses minus the lenses (no, that won’t look weird at all), the computer is activated by voice or touch. And though they’re quite impressing, not everyone is excited by the technology, however. Google Glass already has many vocal critics, reports The New York Times.

There’s good reason to be concerned by the implications of the invention. The apparatus offers yet another tech-based distraction as people go about their busy lives — as if the epidemic of driving and texting wasn’t dangerous enough — and some legislators in the U.S. are already seeking to ban people from wearing them while driving.

But there’s another potentially troubling problem and that concerns how they may or may not invade privacy. Because in addition to giving people the ability to google at will or surf the Internet, Google Glass offers the wearer the ability to record video of other people — of you and I — and then post it online if they so choose.

People do it now using their smartphones, but Google Glass will make that behaviour even more efficient. No more scrambling for your smartphone, with Google Glass all you have to do is look directly at the person you want to film and activate the recording with your voice or touch. One quote in the NYT article compares it to allowing everyone to become a paparazzo.

In the end, however, what Google Glass really suggests is that we’re becoming a species that’s adapted a peculiar form of vision. We can look directly at someone and yet not see them — their right to privacy, their humanity, their vulnerability — at all. Maybe we need a special lens?

Are you excited for the launch of Google Glass or do you think they’re too invasive? Tell us in the comment section below.