And waiting for answers. 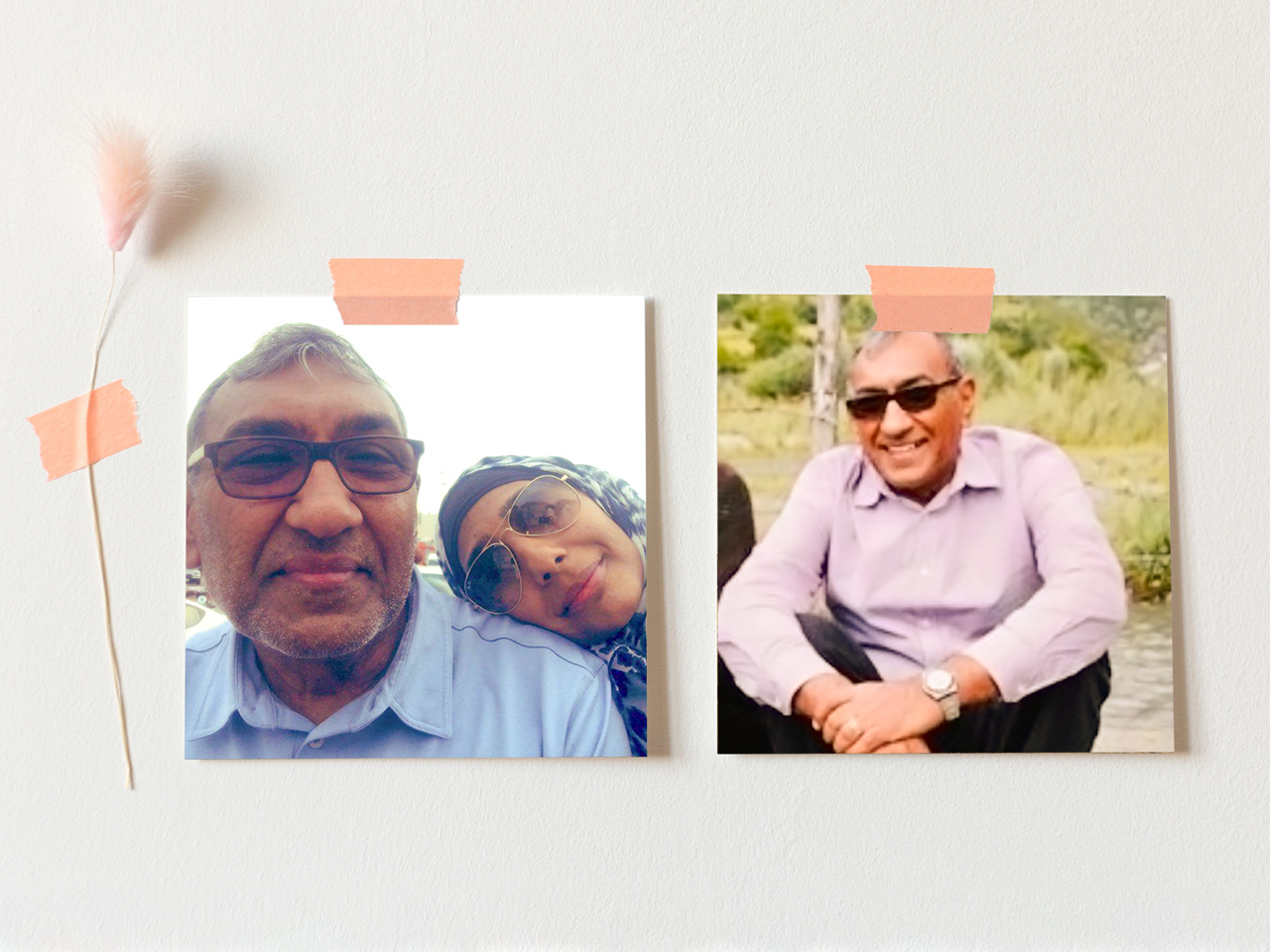 On January 8, 2020, Ukraine International Airlines flight PS752 was struck by Iranian missiles, killing all 176 people on board—including 138 Canadian citizens, residents, students and visitors. Rehana Dhirani’s 74-year-old father, Ali Asgar Dhirani, was one of them. Here, she talks about keeping her father’s memory alive while so many questions surrounding his death remain unanswered.

For the first seven to eight months after the crash I didn’t sleep at all. I would relive my father’s last moments—and the last moments of all the passengers on that flight.

I would sit and wonder: What were his last 19 seconds like? Did he touch the seat? Did he close his eyes? Did he pray to God? Did he think of us?

But then I think about the fact that he was travelling alone—what about those mothers holding on to their children? Imagining their screams and cries would wake me up in a cold sweat.

There’s no win in this. There’s nothing anyone can win from this.

My dad and I were very, very close. I was enamoured by him; he was my dad. When I was growing up, I was like his little shadow. Where ever he would be, I would follow. When he went away on business trips, I would sit by the window and wait for him.

My dad had a killer smile and the best sense of humour. He was also very patient. When I was young he would help me with my math homework, and he never got frustrated. The first time I ever saw him cry was at my wedding.

Until he died last January, my dad and I would talk and message multiple times a day. I think about our last conversation all the time. It was a Tuesday afternoon, and I was driving my then 11-year-old son Kian to soccer. My dad called me before he boarded his flight. I remember chatting with him and then the phone disconnected. I looked at Kian and said, “This can’t be our last conversation.” I called my dad again. I told him how nervous I was for him to be flying. He told me: “Don’t worry, I’ll see you tomorrow and we can have dinner together.”

What’s weird is that my dad wasn’t planning on doing a trip to Iran at that time. He was a tour group leader who took thousands of Canadian Muslims there for ziyarat (a spiritual pilgrimage for Shia Muslims) over the last 20 years because he loved it so much. When he left for Iran on December 18 it was very last minute. He kept saying he missed Iran and missed doing the ziyarat. He believed so much in Islam and the beauty of it, but not textbook Islam. Just: Live your life in a good way.

It’s been hard to understand how a country that we believed in so much could take away someone so special.

I’ve been asked whether I have closure on my father’s death. It’s an interesting question when the Iranian government chooses not to negotiate, help or assist families of PS752 victims.

There are so many questions that haven’t been answered.

For example, why was the airspace open if they were shooting missiles across it? [The flight took off just hours after Iran carried out missile strikes on two airbases housing U.S. forces in Iraq—a response to the killing of senior Iranian commander Qasem Soleimani in a U.S. drone strike in Baghdad on January 3. The Iranian government said it turned towards a sensitive Iranian military site and was mistaken for a cruise missile.]

And, why did Iran first deny shooting the plane down, and then say it was a mistake?

Last month, François-Philippe Champagne, Canada’s federal minister for foreign affairs, said straight up that he does not believe the crash was “human error,” and it wasn’t. When I heard him say that, I felt anger and validation at the same time. How dare [the Iranian military] do that to a group of people? How dare they press the button and kill everyone?

When my mom, my brother and I flew to Iran to bring back my father’s remains, we met a family who lived by the crash site. They told us they saw burning bodies fall from the sky. After the crash, the bodies were looted.

The Iranians claim it was an accident. If it was an accident, why would the Iranian authorities clean up a crash site within five hours? Why wouldn’t you let anyone else go in there? My father’s iPad, his laptop, his multiple phones—everything was stolen.

I also blame U.S President Donald Trump. I keep thinking about what Trump was doing at this time last year. Days before Soleimani was killed, Trump allegedly spent a day golfing, while contemplating killing Qasem Soleimani against the recommendations of his advisors. They reportedly told him not to take such a giant step that could trigger “almost total war.” Nonetheless, he made this rash decision, which left my father and 176 other innocent individuals dead in a deep field.

My love for my father was so absolutely, deeply pure. There was no hate, there was no resentment. And I think that’s the struggle I have with him being gone, and it happening in this way. 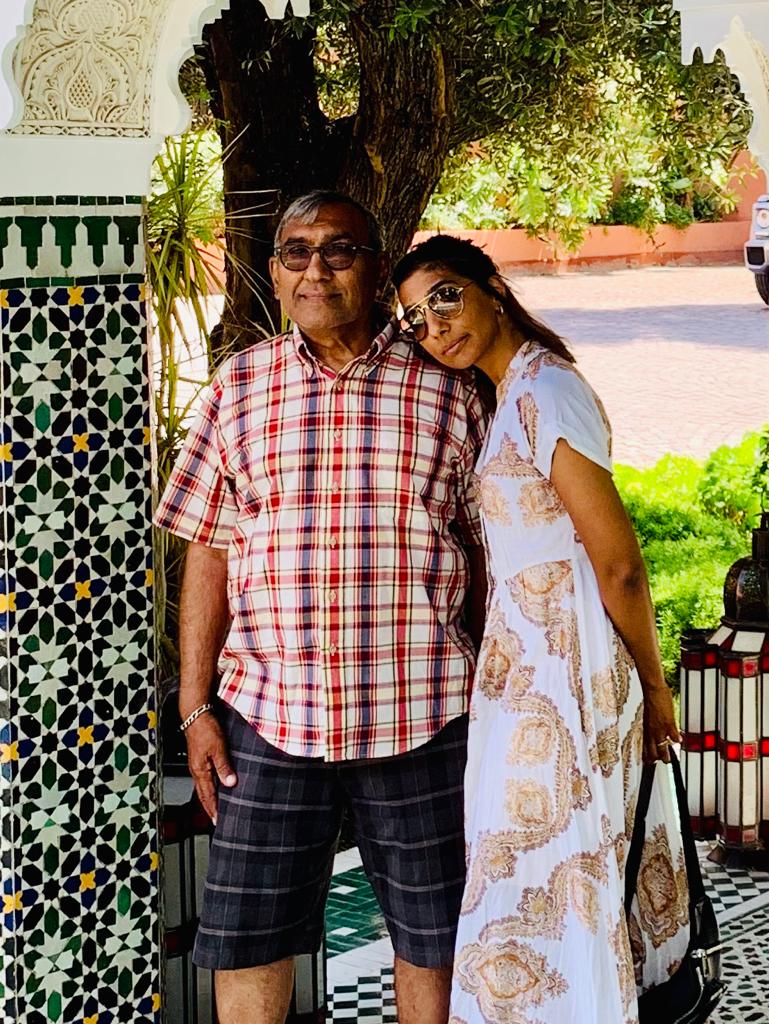 Today, one year after my father’s death, I’m far from 100 percent. There are still moments where I check out; moments where I don’t know how to control my emotions. But I know that shutting myself out and thinking dark and painful thoughts are not going to help me recover from this. So I have to consciously choose to be with people that make me happy. So I’ll sit downstairs with my husband and two kids. I may not be 100 percent present with them, but they make me laugh or come over and hug me.

There are also triggers. Every time I see a plane take off on screen, or in real life, I panic and break down. And I count. I count over and over. My dad was on the flight for three minutes and 42 seconds before it was shot down.

Seeing pictures of bodies or body bags also trigger me. When the Canadian military helicopter crashed in the Mediterranean Sea last April, and then a Canadian Forces plane crashed in British Columbia last May, it really set me back.

But I have a very strong mom who throughout all this has been keeping me afloat. She keeps going every day. She gets up and she follows her routine. I don’t know how she does it, but she does it with a smile.

Going back to work—I teach social studies to high school students—also helped. I walked out of the building on January 7, 2020 and didn’t return until September. But my work community helped me with their thoughts and messages and donations. That gave me the strength to go back.

I think I also needed my students to see that I’m still the Ms. Dhirani they know. I love what I do. I have amazing students and I wanted to give them happiness. In turn, they can give me the strength to be happy.

I’m also sleeping better. I’ve picked up a weighted blanket and keep a Bluetooth diffuser by my bed with tranquility oils. I have an app that I use to meditate to at night just to clear my mind. Anything to not have dreams.

What I need Canadians to know is this: Everyone on that plane had a story and a family. And they contributed to Canadian society. My dad loved being Canadian as much as he loved being Muslim. He always told us this was the best place to live.

I don’t want my father’s story to be forgotten.