The Chicago native, of Flashdance fame, talks about her gritty role as Chicago's police superintendent in her new TV show, The Chicago Code 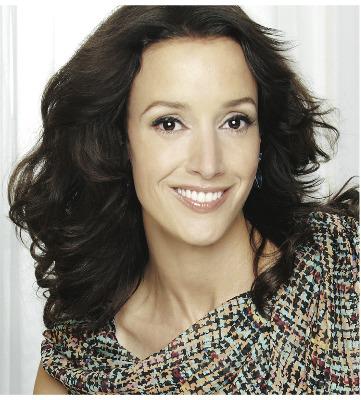 Back in the day, Jennifer Beals was besties with Daryl Hannah and Quentin Tarantino. The 47-year-old Windy City native is inspired by her mother when the playing the city’s first female police boss in The Chicago Code. We caught her off-duty.

How did you get started in showbiz?

I used to volunteer usher at the Steppenwolf Theatre [co-founded by Gary Sinise], so I watched all these amazing plays for free. Then I got a role as an extra in My Bodyguard, and it went from there.

After Flashdance, you studied American literature at Yale. Was it tough to go back to school?

No. You jut go towards the things you love. I loved acting, but after Flashdance it was important for me to go back to school, so I did. I was confident I do could do one and then the other.

What drew you to this new role?

It’s interesting to play someone who has a personal power that they have to use very carefully in a realm that isn’t necessarily accepting of them.

There’s this question of female leadership: You can’t be too feminine or too soft, because that can be perceived as weak. Even now, in most jobs – not just in the Chicago police department but in the boardroom and among actors – when a woman rises to her power, people ask, “Who did she sleep with?” They think it couldn’t possibly be about her acting or her intelligence!

Who do you channel to portray that kind of strength?

Certainly my mother helps me in this role. She’s an incredible academic and an amazing baker who was a schoolteacher for 30 years, but the woman has a Kali [the fierce Hindu goddess] inside of her that no one would want to mess with!

Catch The Chicago Code every Monday at 9 p.m. (EST) on Global.