This Mom Internet-Shamed Her Kids And We Have Questions

An Ontario mother's unconventional punishment has been shared almost 40,000 times, and while many people are applauding her, we're still not too sure. 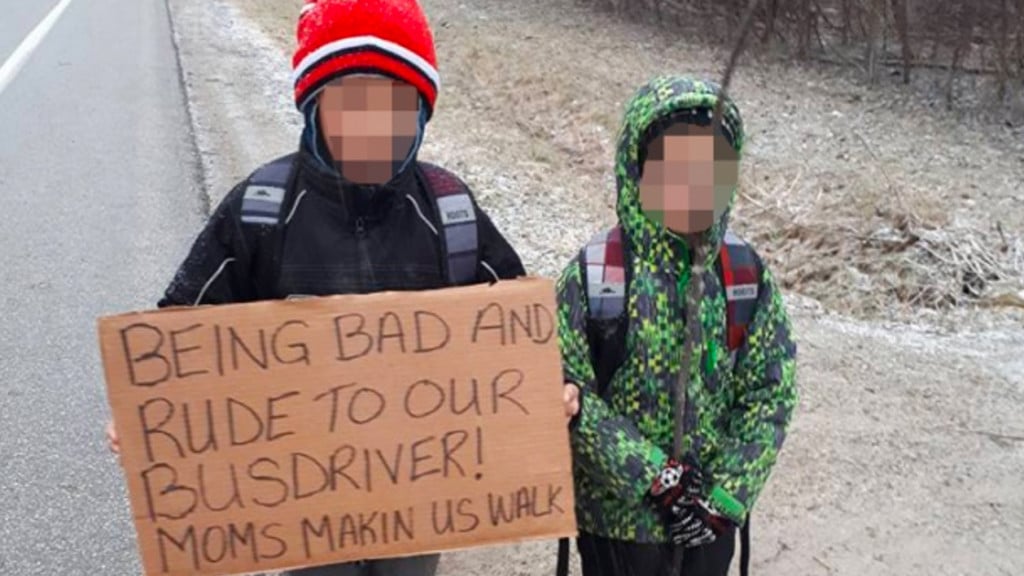 What’s the best way to discipline a misbehaving kid? When a mom from Harrow, Ont., got a call from her kids’ school saying that her two sons had disrespected their bus driver, her answer was to make them walk 7km to school the next day, holding a cardboard sign that read: “Being bad and rude to our bus driver! Moms makin us walk.” She posted about the punishment on Facebook earlier this week, sharing pictures of her two elementary school-aged boys.

Since she posted the photos, the CBC reported that it had been shared over 38,000 times with many people congratulating her on her disciplinary actions. Other commenters threatened to contact social services. Before we draw any definitive conclusions about her tactics, we have questions. 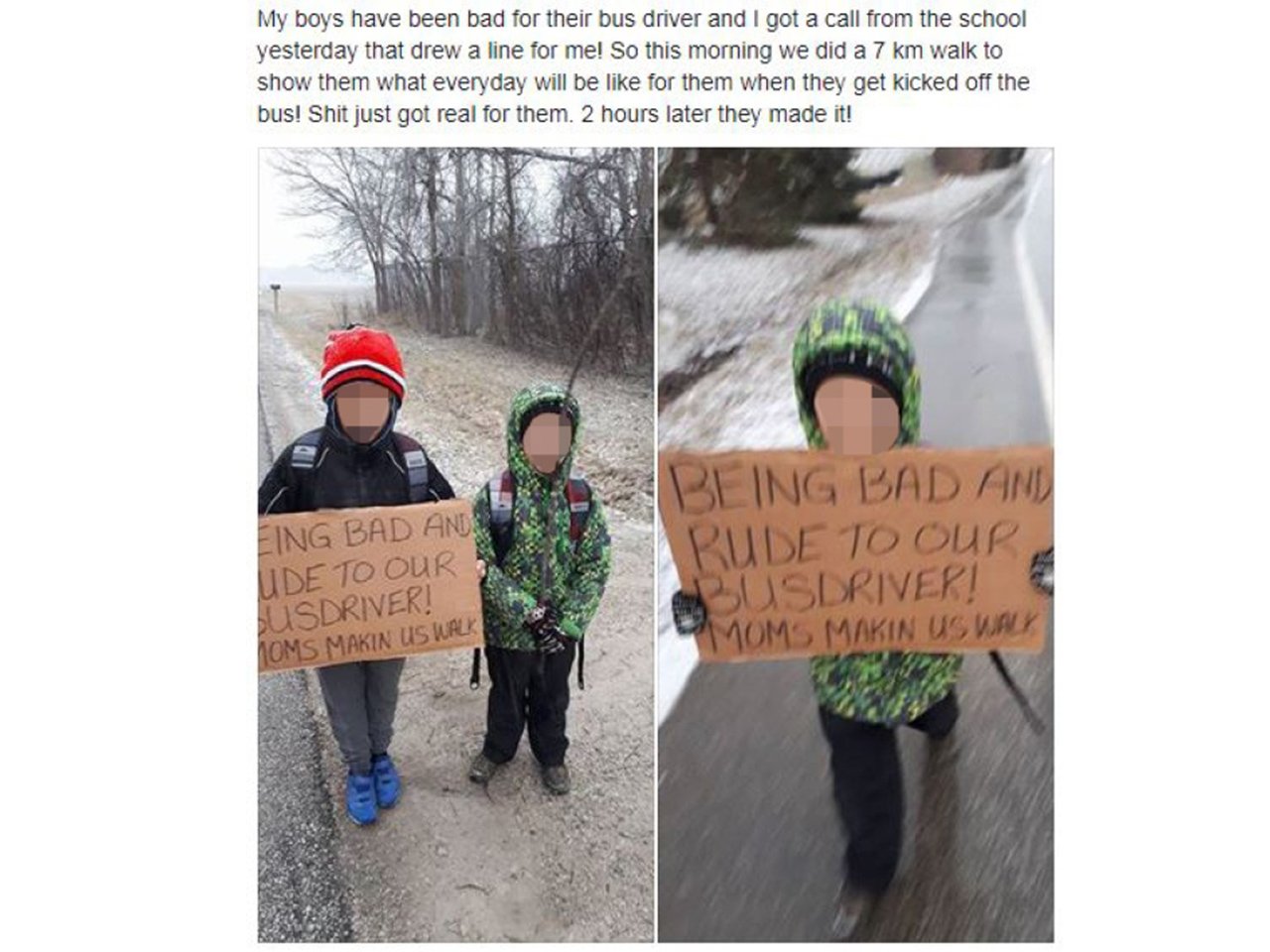 1. Was making the kids walk to school a good idea?
On the one hand, 7km is a bit much for a morning stroll, and expecting kids to be able to focus and learn after such a tiring trek is a bit of an ask. According to the mom’s Facebook post, the walk took over two hours! Jeez, how early did the boys have to get up? Were they late for school?

On the other hand, this punishment seems fairly logical: The kids were being rude to their bus driver, so it makes sense that they lost the privilege of taking the bus to school. Also, the mom walked with the boys the whole way, so there were no safety issues here. The fatigue they felt from walking to school in the cold is something they won’t forget in a hurry, so lesson learned: Mom doesn’t make idle threats.

2. Was the sign really necessary?
Harrow, Ont., is a small town with a population of about 3,000 people. The people driving by the kids on their walk were likely to know the kids and their family. Was it necessary for everyone in town to see the sign so they’d know these kids were walking to school as a form of punishment? Couldn’t the walk alone have sufficed? Or is this generation so entitled that they need to be taken down a peg or two, old-school style?

3. Why post pictures on Facebook?
To make the shaming matter worse, after morning drop-off the mom posted pictures on social media of her boys on the road with their sign — and those pictures went viral. Did she think letting the whole world see the kids do their penance would really teach the boys a lesson, or was she looking for a pat on the back for her parenting decision? Did she weigh up whether or not this decision to go social would actually be teaching her kids that shaming and humiliating people online is a good way to teach them a lesson?

Taking away the bus privileges might have been a smart shock-parenting tactic for these mouthy kids, but adding in the sign and the viral shaming? Nope. Perhaps she could have followed up the long walk simply by teaching the boys how to empathize with the bus driver and see the driver as an actual human being who deserved their respect. What do you think?

Watch: We asked Canadian men: Growing up, what did you think it meant to be a “real” man?