This brilliant Indian ad urges dads to share the load

Ariel India offers a powerful rallying cry for men to stand up and do their part. 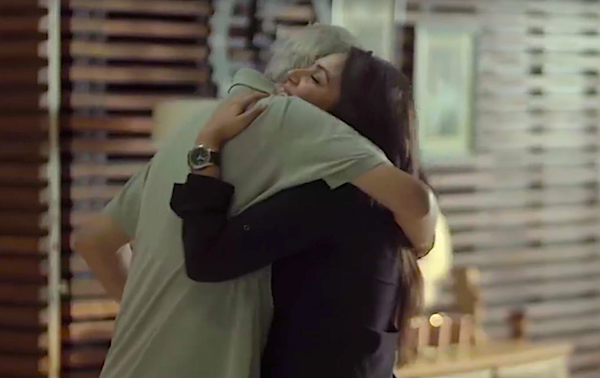 The advertisement opens with a familiar scene in households worldwide — mom arrives home on her cellphone, her kid rushes over with a stain on his shirt, she gets to fixing dinner, starting the laundry and hands her husband (sitting on the couch) a cup of tea.

In the thick of the action, her own father sits at the kitchen table and marvels, narrating a letter to his daughter in Hindi.

“My little baby daughter. You’re all grown up now. You used to play house. And now you manage your own house. And your office. I am so proud. And I am so sorry — sorry that you have to do all of this alone.”

With its groundbreaking new ad, cleaning company Ariel India (owned by P&G), offers a powerful — and global — rallying cry for men to stand up and do their part (the men who aren’t already doing so, that is). The best part? It doesn’t demand women do the asking.

“Sorry that I never stopped you, while you were playing house,” the father says. “I never told you that it’s not your job alone…it’s also your husband’s.”

The video quickly went viral after its launch this week. But it’s just part of a larger effort by Ariel India — its ambitious #SharetheLoad campaign launched a national conversation last July about whether it’s only a woman’s job to do the laundry. It partnered with matchmaking sites to make willingness to do laundry a desirable quality in a husband and added to washing instructions on popular clothing labels: “Can be washed by both men and women.”

“This is one of the most powerful videos I have ever seen — showing how stereotypes hurt all of us and are passed from generation to generation,” Lean In author Sheryl Sandberg wrote on Facebook (her post with the ad has been viewed more than 6 million times since Wednesday). “When little girls and boys play house they model their parents’ behavior; this doesn’t just impact their childhood games, it shapes their long-term dreams.”

The woman in the ad doesn’t seem to mind carrying the load herself. But she’s clearly touched by the gesture her father makes following his epiphany.

Ariel India urges men to follow suit and offers a critical message that resonates across borders: It’s never too late to change your ways.