I'm sorry: The right way to say it

Do something wrong, something to hurt someone you care about, and to make proper amends you say ‘I’m sorry’— or so goes the (wishful) thinking. 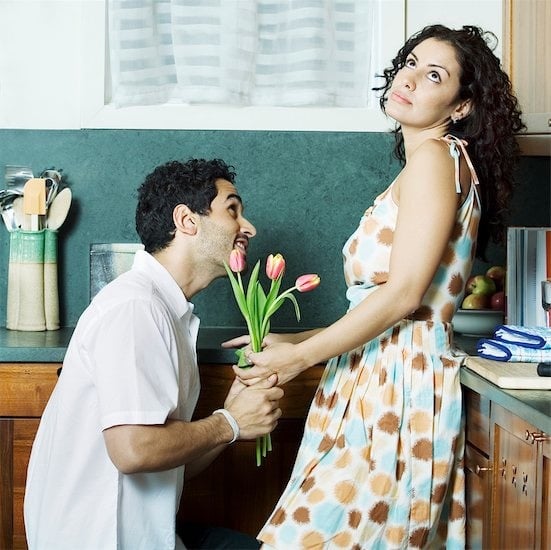 Do something wrong, something to hurt someone you care about, and to make proper amends you say ‘I’m sorry’— or so goes the (wishful) thinking.

But one study (via The Vancouver Sun) indicates that apologizing for one’s transgressions may not work all of the time, especially between spouses or those involved in intimate relationships. To make ‘sorry’ stick you may need both sincerity and a good relationship going for you.

A social psychologist at Stanford University asked 120 couples to keep a daily log of any perceived slights or wrongdoings in their alliances over the course of seven days. They were also asked to record the number of apologies received, as well as their impression of the sincerity of the sorry and whether or not they forgave the transgressor.

Of the 120 participants, the majority cited at least one or more offences by their partner during the week. The recorded sins ranged from saying and doing something that resulted in hurt feelings to failing to fulfill an obligation. But the number of offences didn’t match the amount of apologizing being done. In fact, apologies were given only about 30 percent of the time.

But that’s not the most interesting part of the study’s findings. The study revealed that apologies were only effective or judged sincere by those who were already in satisfying relationships.

Satisfied partners are “probably more willing to forgive because they see it as an isolated incident in a larger spectrum of positive incidents,” said the study’s author Karina Schumann.

Schumann speculates that for those in less happy domestic arrangements, apologies may exacerbate problems by failing to resolve deeper conflicts.

“When someone apologizes to you, there’s social pressure to forgive them and move on. So when the victim of an offence receives an apology, they might feel manipulated into moving forward before they’re ready,” said Schumann.

In those cases, ‘I’m sorry’ may just be the starting point for a deeper, more meaningful discussion rather than the end.