I'm so sorry! How to apologize 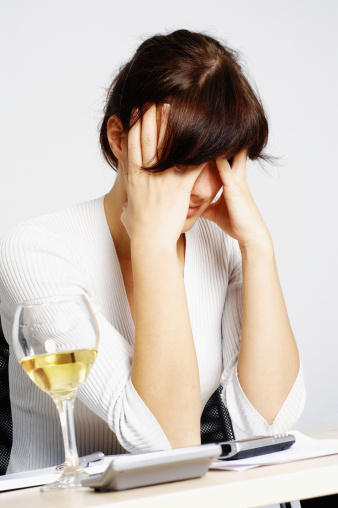 Maybe I apologize a lot because it’s in my Jewish genes (always feeling guilty) or maybe it’s because it’s just easier to say ‘I’m sorry’ and get on with things.

I apologized recently to a woman I used to know in high school and who I got re-acquainted with over Facebook. I had yelled at her in high school twenty years ago and even though I haven’t seen her since graduation, I apologized to her for it. See? I’ve felt bad about it for twenty years! Is there a statute of limitations on apologies?

Basically, I’m not exactly sure if I’m good at apologizing, especially for incidents that are serious (or seem serious to me). If a good friend is mad at me, then trust me, it affects me every second of the day, until we make up. I obsess about how to make things better. I obsess about how I should go about apologizing, because even if I’m not 100 per cent to blame, I don’t want our friendship to suffer.

In the New Year, many of us want to start off on the right foot. We don’t want to have a guilty conscience; we want everything to be all hunky-dory. But we are probably contemplating apologizing to at least one person in our lives. We’re only human.

I spoke with Adeodata Czink, president of Business of Manners, who understood instantly my worries about apologizing and how to apologize. She shared some insightful tips for anyone who is thinking about apologizing to someone, right or wrong:

1. Though it’s always better to do it face to face, if you’re worried that the person won’t meet you to hear your apology (if you did something wrong), then you should either send a small gift card or e-mail, keeping it short and to the point. “It should say something like, ‘Dear Gabby. I think I overreacted. It’s probably my fault and I’m sorry I upset you,’” says Czink. “Then the ball is in their court about what to do next.” If you’re both wrong, you can still apologize, but Czink says you should never be overly schmaltzy, and do not make it a big deal. “You don’t want to lower yourself. You don’t need to do that.” But you can say, ‘We don’t see eye-to-eye, but is it really important to place blame?”

2. There is no statute of limitations on apologies, she agrees. If you hurt someone five years ago, you could still apologize. “At least you’ll get it off your conscience and soul,” she says. She suggests writing something like, ‘I’m sorry our friendship has gone astray. I hope we can fix it.” (That is, if you want to fix it.)

And while there is no statute of limitations on apologies For example, if you hurt someone in high school, and still feel guilty about it, she suggests sending a note saying, ‘Wasn’t I ever silly in my youth?’ The sooner you apologize the better because if you leave it too long, it just becomes harder to do.

Basically, Czink says, when apologizing, get to the point and don’t overly humble yourself. I’m sorry if this went on so long. Wait. No I’m not. Argh. Apologizing is so easy, and yet so difficult. So I’m sorry. (I think this is called a “learning curve”.)