This election's hot-button topic is a veil worn by a less than 2 percent of Canadian Muslim women. Let’s focus on issues that really matter. 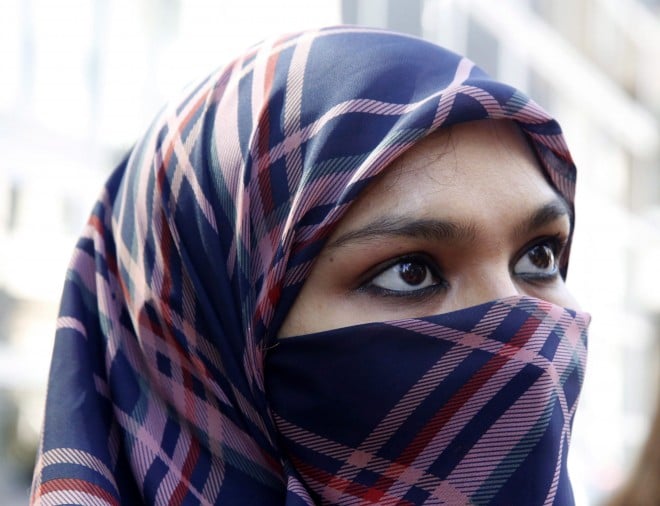 Like millions of Canadians, I have been following the developments of the upcoming federal election. I intend to vote, yet am undecided on which party will get my support. As a Muslim woman, writer, activist and parent, I am very familiar with politics, but I have been dismayed and frustrated with what has become the hot-button issue of this campaign: the niqab.

I started wearing hijab, a scarf that covers my head, leaving my face exposed, when I was studying at the University of Toronto. It was a very personal and spiritual choice, and I did not consult anyone before making it — not my mom or my dad or my soccer coach. In my home, as is the case for many women, it was a decision I made for myself. And as an undergraduate specializing in Canadian politics and women’s studies, I knew it was a right cemented in our Charter of Rights and Freedoms.

Unfortunately, how women choose to dress is often a subject of public scrutiny. Case in point: Here we are, weeks away from a federal election, and the niqab, a veil worn by less than 2 percent of Canadian Muslim women, is getting more attention than the issues that truly affect women in this country. In fact, the number of women who wear niqab to a citizenship ceremony is so small that Citizenship and Immigration Canada does not even keep records on it. Instead of obsessing about them, we could be talking about the creation of a national strategy to combat violence against all women, or Canada’s atrocious gender pay gap, or youth programs and social services that would support young women, or an inquiry into the more than 1,000 missing and murdered indigenous women, an exercise the prime minister has said is not “high on the radar.”

I find it alarming that in the 21st century discussions about policing women’s clothing have casually entered the election sphere. No one’s opinion regarding the niqab matters other than that of those who wear it. I know fewer than 20 women who wear the niqab, and all them chose to do so. Some were born in Canada; some were born in a different country. Some are young; a few are older. Some fight against cultural and family pressures to not wear it. Some have been wonderfully supported. Some have removed it but wear the hijab. All have the right to wear whatever they want.

Poll after poll has shown that Canadians aren’t comfortable with women wearing the niqab. But opinion polls have also shown that Canadian men think female drivers are less capable on the road. Should the leaders start debating a woman’s right to mobility? One survey that Prime Minister Stephen Harper cites in his fight against the niqab found that 82 percent of Canadians favoured it being removed during citizenship ceremonies. The number is even higher in Quebec, with 93 percent in favour. I’m quite confident that the vast majority of these respondents have neither spoken to nor interacted with niqab-wearing women. Why treat a person with dignity and respect when you can judge and shame them from afar?

The resources invested into polling public opinion on this micro-population are especially concerning because the ensuing commentary is often marinated in Islamophobia. In a recent column, the Globe and Mail’s Margaret Wente argued that niqabs have become symbolic for Canadians, “a debate about our values, and equality, and the limits of tolerance. How far are we prepared to go to accommodate religious and cultural differences?” Wente’s own verdict: the niqab does not belong in Canada. These comments are racist, irrelevant and unnecessary. My reply could be equally reductive: I don’t like your crucifix earrings (or star of David necklace or Lululemon hoodie), and I don’t feel it has a place in Canadian society. Wente should read women like Zunera Ishaq, who fought for the right to wear a niqab during her citizenship ceremony in court, and wrote about her choice.

Anti-niqab folks have stopped arguing that niqab poses a security risk (it doesn’t). They can’t credibly claim that this is about a woman’s right to choose when they are effectively trying to eliminate that choice. What they can do is question a niqab-wearing woman’s loyalty to this country.

My Canada is a place that upholds freedom of choice, and doesn’t get distracted by talk of clothing when we should be focusing on more pressing issues. Supreme Court Chief Justice Beverly McLachlin wrote, “The State is in no position to be, nor should it become, the arbiter of religious dogma.” Nor should men vying for head of state belabour the subject of how Canadian women dress and practise their faith. 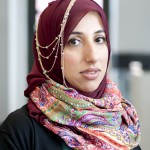 Shireen Ahmed is a sports activist, speaker and writer based in Toronto. Her work on the intersections of politics, sport and feminism is known for its candor. She also loves coffee and cats.