I Wrote An Addiction Memoir, And Then I Relapsed

Three years after publishing Drunk Mom, I learned that having to live up to the hype of the book was almost as harmful as the addiction itself. 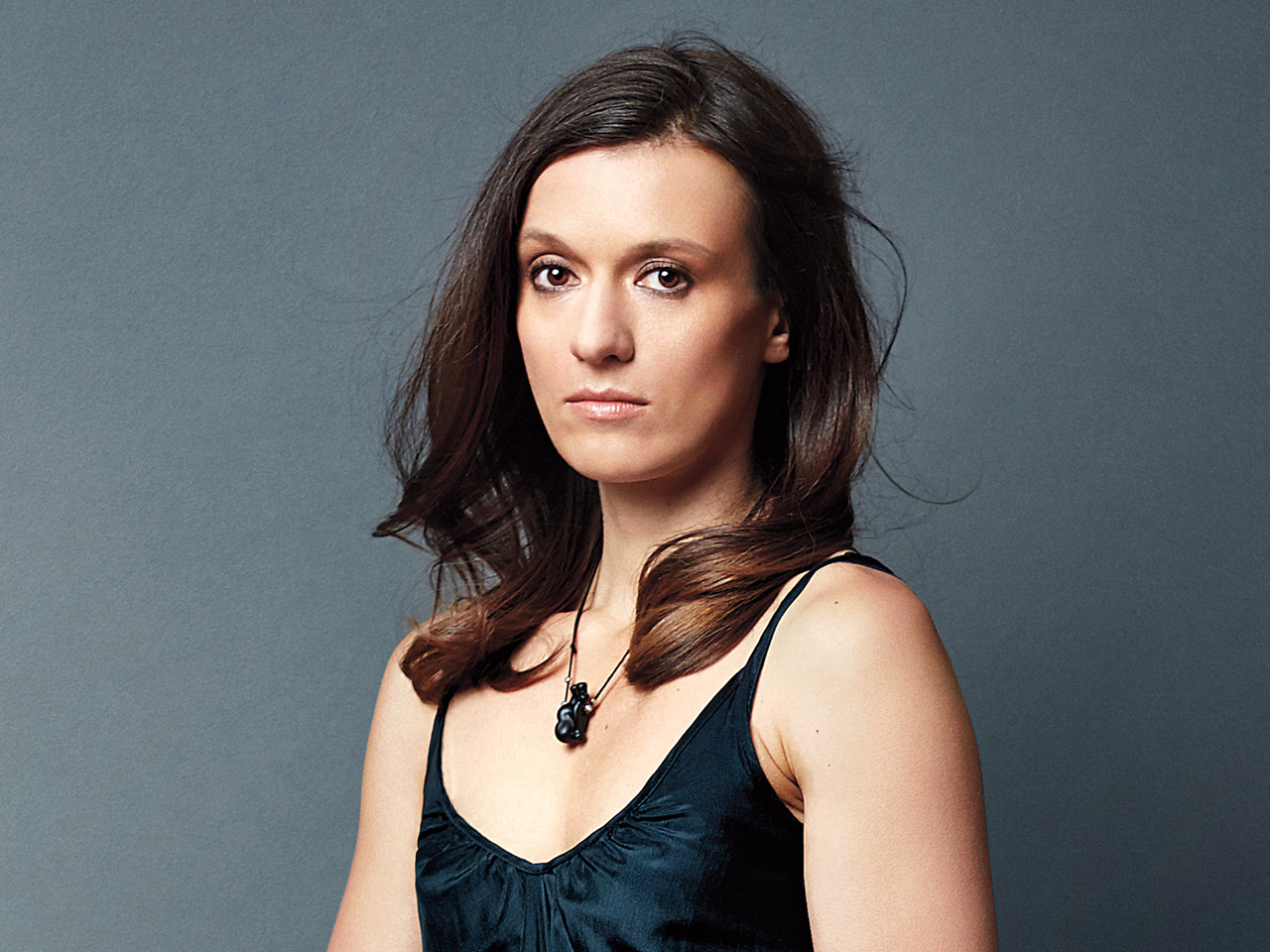 I don’t know when it got surreal. Perhaps when Lena Dunham gushed about my book during a talk show, or last year at a small dinner party deep in the Rockies, when a stranger’s eyes widened comically as she grabbed my arm and said, “Oh my God, Drunk Mom!” We were talking about books, and specifically fiction. I’d hoped we’d continue, but from that moment there was no diverting the conversation from a memoir I published in 2013 about being a new mother while secretly battling addiction and cautiously getting sober again, partly with the help of
a 12-step program.

It became a bestseller and changed the course of my life. And so we talked about Drunk Mom. Again. I’m so sick of talking about it—and yet, here I am doing exactly that. Maybe because I feel like I owe you an explanation. This feeling is a habit of sorts. For the longest time I felt responsible, for my sobriety and others’.

It’s something that’s been weighing on me heavily, so thank you for letting me come clean. Again.

I’ve been in a conversation about Drunk Mom for almost 10 years. Readers still write to tell me that this book helped them—to stop drinking, to stay sober another day, to feel less alone—and to thank me for writing it. I love every message. But the truth is, whatever the book does for people was never intentional. Technically, its title wasn’t either. It was the name of a folder on my desktop, where I kept early drafts of the memoir; my publisher’s marketing team loved its flip-pant tone. Originally, I’d wanted something other than Drunk Mom: something poetic, a cover with flowers, a stem, a pale hand waving.

I’d also originally wanted to write about my struggle under the guise of literary fiction. My initial motivation was only to write. But in the end, once I got sober, I made the decision to own up to the story as mine. With that decision came responsibility. With the publication of Drunk Mom, I became the poster mom for addiction.

When the book first came out I talked about it and about addiction on TV, on the radio and in this very magazine, too. People wrote essays discussing it in the context of mental health and feminist writing—and, in one case, they wrote about people writing about it. The book has been taught in at least three university-level courses that cover memoir. Many applauded me for the courage to be so brutally honest (courage that was debatable, at least to me). A few said it was self-harm, and some said my son would hate me when he was old enough to read it. But the book opened a lot of doors, mainly to the world of book publishing. With the critical reception of my memoir, I was finally able to get eyes on my fiction as well.

What the memoir didn’t do was keep me sober.

Three years after the publication of Drunk Mom, I started to drink again, and it took me years to understand that the expectation of having to live up to the hype of my own addiction memoir was in some ways more harmful than the addiction itself.

In 2016, I found myself in the office of a social worker assigned to help me with my newest relapse. Oh how the mighty have fallen. The thought appeared in my head and then disappeared as if blown away by the fan in the corner of the office. As the social worker scanned my file, she seemed to connect the dots. Suddenly, she got up, rummaged on the shelf behind her and thrust the book right into my lap, knocking over a small pile of handouts that swooshed off her desk. I stared at that ridiculous title printed above my name.

I picked up the book. It felt like a useless object. It offered no clues as to why I was drinking again.

Prior to that appointment, my sister and I sat on a small hill close to the hospital, mostly silent, both of us exhausted. To anyone else, it would have seemed like a sunny summer day, yet to me, everything seemed too dry, dying of thirst. Nothing made sense. I’d stayed at my sister’s place the night before, after being told by a police officer—called by my ex-husband—to leave my house after I came home drunk. The same house with a sign out front that read Sold.

I had come from a park, where I had passed out earlier, inconsolable, unable to accept that our life as a family was over, that the house that was once ours was gone and that I was definitely in the throes of a relapse. In my inebriated state, I thought it was morning and that it was time to get my son ready for school. I’d started drinking again that year, resorting to the only coping mechanism I had, unable to handle the multiple, devastating betrayals that led to my husband and I separating (my subsequent drinking didn’t help). My only saving grace was trying to be present around my son during the day. But after we ended up selling our home, I no longer bothered to hide my drinking. What was the point? I didn’t want to live—but I didn’t want to die either. I was in a limbo familiar to anyone losing themselves to a compulsion they can’t control.

The final frontier of my pretending everything was under control was with the book. In the social worker’s office, I wanted to plead with her to not let anyone know I was looking for help. Looking for help again meant I’d failed—not just myself and my son, but also everybody else who’d read the book. What became obvious in that moment was that telling my story of addiction—so publicly, so openly—didn’t save me from it. I hoped the book would dismantle the secrecy and stigma; in the end, it only pushed me further into it.

I specifically set out not to write a self-help manual. But I guess it’s only natural for people to look for guidance in a book. We all have a desire to get better, and aren’t books smart?

They may be, but the people who write them are just people. They screw up. They change. I kept on living after the memoir came out, and some of that involved losing a marriage, a house and my sanity in the process. Living through those things didn’t mean I failed my readers. The book still helped some people, and some are probably sober to this day and wouldn’t relapse if they read that I did. It’s absurd to think that, and I know that now.

In the past two years, many of us have had to re-examine what happily ever after means, and we’ve all had to adapt quickly to ever-changing circumstances. Many of us had all of our values and beliefs irrecoverably challenged. Not surprisingly, the buzzword of the pandemic is “pivot.” I think we can all agree that the biggest lesson of the 2020s so far has been that the only constant is change.

The most popular addiction recovery model, the famous 12-step one, is based on a series of rigid rules that promise sobriety—but only if you follow the rules. If you don’t, the logic goes, chances are you will relapse. I originally quit drinking with that sort of dogmatic thinking, believing the onus of my sobriety was on how well I did or didn’t follow the program, or the story I told about myself. But here’s the big secret: There is no one program that works. A memoir is not a program, but for some, reading mine was enough of a program to get sober. Writing it just wasn’t enough for me.

I am sober today. What got me here? Not my memoir. Not AA. Do you need to know this about me? Probably not, but I’ll try: a supportive, non-drinking partner and friends, creative outlets—such as writing short stories and novels—and physical exercise. And making a conscious decision to choose optimism.

I know it’s a bit of a cop-out but, truly, the only way to recover is to do it in a way that is safe and supportive for you. You need good people around you, you need connections, you need intellectual components such as literature and you need to do whatever brings you joy. You need honesty, and that includes coming clean about failing. However many times that happens.

I used to wishfully think that the memoir would guarantee my own happily ever after, now that I was account- able to the entire world. I remember saying in various media outlets that the only hope I actually had was that, if anything else, the memoir would at least open doors to uncomfortable conversations we need to have about addiction. Today, I’m still hoping for that and nothing else; today I’m only glad that, almost a decade later, the story I wrote is letting me chip away at secrets of failing and succeeding again. Sobriety is not one-size-fits-all. Unlike Drunk Mom, this is the only true narrative of addiction.