'I was 19 the night I was kidnapped and raped'

Ashley Richard, a member of the Metis Nation, could have been a name on Canada's list of missing and murdered Indigenous women. This is her story. 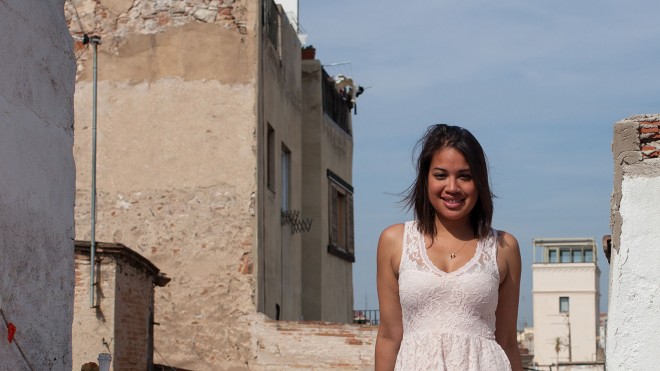 I was 19 the night I was kidnapped and raped. I’d been living on my own from the age of 15. I’d left my Mississauga, Ont., home after a dispute with my mom. I’d never known my dad: a severe alcoholic who died young.

I was homeless for a year, and spent time in a youth shelter. It was a scary place: a lot of kids had mental health problems. There were violent fights, people overdosing in the washrooms. I knew this wasn’t me: I wasn’t like them. I’ve always been a voracious reader. I love to write.

The night I was attacked, I was walking to a GO Train station after midnight to catch a taxi. A car pulled up beside me: “Where you headed?” the driver asked. He was going the same direction, he said. Looking back, I feel so stupid, so angry with myself for getting into his car. That’s all it took.

He drove me to a desolate, industrial area near Lake Ontario where no one could hear me scream. He raped me.

At first I tried to fend him off: I scratched, kicked and punched him. But he was so strong. He pinned me down. He grabbed both my hands in his, and held them back over my head. I couldn’t fight back anymore. I was sure he was going to kill me; but he eventually let me go. It took me hours to get home. My cellphone was dead. And I didn’t know where I was: I kept walking in the wrong direction, getting even more lost. Every step hurt.

My high school teacher drove me to hospital, then to police, who issued a warning to Toronto-area women with a sketch based on my description. It ran on the suppertime news. But they never caught him.

Things got really dark for me: I was terrified to be alone, terrified of the dark. Whenever I shut my eyes my mind flooded with images of my assailant. I was too scared to sleep, so I worked nights. I hung around friends I barely knew so I wouldn’t have to be alone. I drank—I just wanted to forget. It was the lowest point of my life. I lost so much hope and respect for myself.

A few months later I was nearly killed in a car crash. I came to inside a CT scanner. “I can’t live like this,” I remember thinking. I had no family in Toronto, no real friends. My face was so badly injured a nurse instructed my roommate to cover the mirrors with sheets so I could not see myself. As soon as I recovered, I left for Winnipeg, where I had relatives, and enrolled at the University of Manitoba. I wanted to deepen my knowledge of my culture. As a kid, I’d never really known what it meant to be Indigenous.

Last year, I was awarded an Aboriginal Youth Achievement Award. Next spring, I’ll graduate with a business degree, and plan to earn an M.B.A. That car crash saved my life. As much as I hate what happened to me, I would never change the past. I am stronger for it. I am not broken. It made me the person I am today. And it’s given me this opportunity—to share my story and pass on my strength to women who may be struggling. I’m hoping they might read this—and that it might spark a sense of hope in them. And I’m hoping it might encourage one woman to share her story, which will encourage another to tell hers: a pay-it-forward of women sharing their pain—and triumph.

Ashley still loves to write. She wrote this poem in her diary a few weeks ago, on an overnight bus ride to Madrid:

I wonder who stares back at you when you look at yourself in the mirror
As I felt you approaching I sensed evil was getting nearer
Did you think by ripping into me, you could rip apart my soul?
Did you think by stealing a piece of me, I could never be whole?
Well let me tell you, think again, you couldn’t be more wrong
Out from the ashes, emerged from your darkness, I have become strong
You could never break me down
All you did was make me see
The deepest, darkest, wicked side of humanity that can be
My crying didn’t matter
And neither did my pleas
You turned a blind eye
With me begging on my knees
All I really wanted was to go home and go to bed
Try to wipe away my memory of every word you said
“You asked for it
You deserved it
You had it coming all along”
Well let me tell you, think again, you couldn’t be more wrong

Ashley’s story was originally published in Maclean’s. She is one of 13 Indigenous women who shared their extraordinary stories of terrible violence and formidable resilience — stories that, as one survivor hopes, will serve as “a pay-it-forward of women sharing their pain and triumph.” Read them all here.