In the military, we often don't get to have roots...somewhere that is permanently home. Now, with the prospect of being medically released from the forces, I find that roots are something I'm craving. 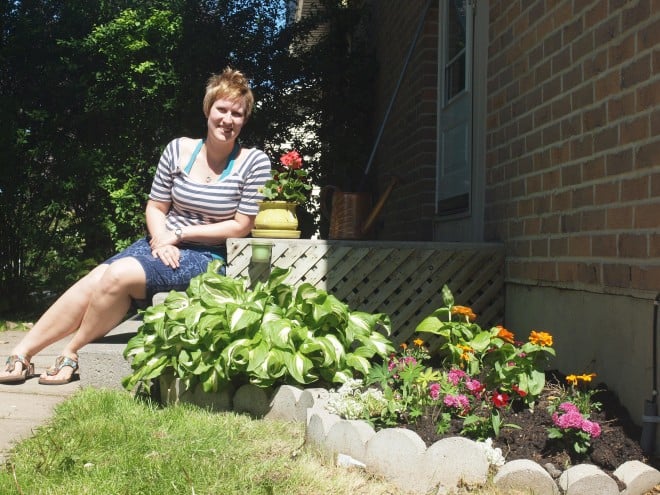 In the world of army brats, we were lucky. My sister Meghan and I weren’t forced to move too often as my Dad just kept getting posted to different units in Borden. But there was also this sense of instability, which is inherent in a job in the forces. You WILL move. If not, your friends will! You will move houses. Jobs. Provinces. And no matter how many times you do it, it will be scary.

So here I am, waiting for the medical board to come back and let me know if my military career will be ending and I’ll be moving to a major city to pursue writing and editing, or I will be moving to another air base with my job intact. And that waiting, oh, it’s excruciating.

When I think back, I’ve never been someone who wanted to stay put. As I’ve mentioned, I went to high school in Alliston, ON, where everyone’s mom was in Lamaze class together (seriously) and they’ve all grown up in the same town. Years ago, I admittedly looked down upon their way of life. I couldn’t understand the desire to be born and remain in the same place forever. But now, as an adult, I have a whole new respect for my friends who remained in Alliston. Because while I’m scared for the uncertainty in my life, they have what I crave: roots.

Recently, before Ben deployed, we were at our lawyer drafting up our wills (morbid, but an unfortunate necessity when off to war!) and Ben had asked me where I would like to be buried if anything ever happened to me. I had no answer! If I had to choose home it would be Borden but you can’t be buried there. My parents live in Barrie but it was never my home. So where then? Where do I belong?

Not only that but Ben and I have been apart for a year and 8 months. Once he gets home from Afghanistan, we will get to be together for maybe 6 months before we move again, likely not to the same place. How do you begin to deal with that prospect?

I want to come home to the same house everyday and know that it is MY house (and not that I’ll be leaving it again in two-three years). I want to have a family in that house that doesn’t have to keep transitioning to a whole new place. I want roots. And I never thought I would.

Right now, there’s nothing I can do about it. I have to wait until the medical board makes their decision as to whether or not my military career continues and wait for the dice to fall as to where Ben and I will be posted. And I know that whatever path my life is about to take, I’ll be happy. Either my itchy moving feet will be satiated, or I’ll happily plant roots somewhere I can permanently call home.