How your period dictates your spending habits

I know when I’m getting my period. Not because I keep a detailed or accurate record of my cycle, but because it’s usually around the time when I start to wonder why I suddenly dislike so many people all at once and so intensely. 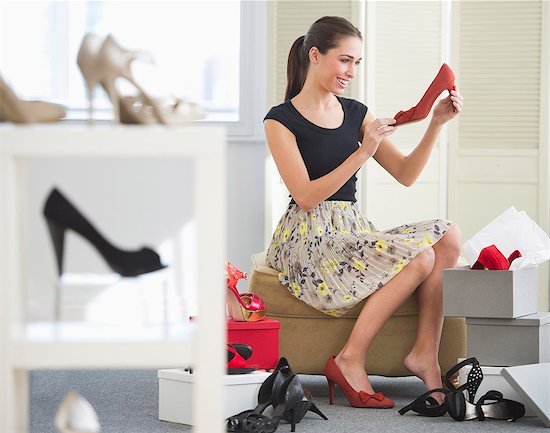 I know when I’m getting my period. Not because I keep a detailed or accurate record of my cycle, but because it’s usually around the time when I start to wonder why I suddenly dislike so many people all at once and so intensely. Usually there’s also some kind of foreboding sign of what’s to come — a radioactive pimple in the centre of my forehead, for example, or a meltdown while riding public transit.

A new study, by researchers in Montreal (via Maclean’s), also suggests that a woman’s cycle may make her a more avid consumer of certain products during different phases.

Concordia professor Gad Saad, author of The Evolutionary Bases of Consumption, and his doctoral student and co-author, Eric Stenstrom performed the study on women’s consumption habits and their menstrual cycle. For the study, they asked 59 women to keep a diary of their consumption habits — counting what they bought and ate — as well as their clothing choices and personal hygiene habits over a 35-day period.

After examining the information they found a connection between certain behaviours and certain times in a woman’s cycle. For example, during the time when a woman is most fertile she’s also more likely to doll herself up — to try and look her best and most attractive using makeup and nice clothes (in my case this may mean ‘clean’ clothes).

By contrast, during the time of the month when she’s least fertile (while menstruating), her interest in looking good goes down while her desire for high calorie food goes up. In laywoman’s terms, a cupcake suddenly looks far more appealing than shaving your legs and blow-drying your hair when you’re on your period.

The researchers call this activity “food foraging,” which may just be a nice way of saying pigging out. But whatever you choose to call it, put the activity down to evolution.

Knowledge of their cyclical habits in hand, women may choose to fight their evolutionary urge to consume four donuts worth of Timbits when they have their period and instead slide into some skinny jeans. Or they can shrug the whole thing off and let nature takes its sweet, honey-dipped course.

What do you crave during your period?