How your mean boss can affect your relationship

Everyone knows that a manager from hell can make working life miserable. But a new study (via Science Daily) indicates that it may also negatively affect the mental health of your significant other. 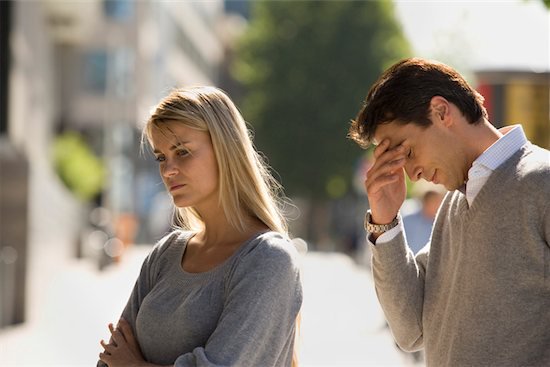 Everyone knows that a manager from hell can make working life miserable. But a new study (via Science Daily) indicates that it may also negatively affect the mental health of your significant other.

Some of the questions asked on the employee survey were whether or not they were called “stupid” or “incompetent” at work, while partners were asked such questions as how often they fought or felt irritable with their spouse or significant other.

In the end, the researchers linked an increase in marital tension and stress in relationships where one partner was dealing with a bad boss.

One of the co-author’s of the study, Merideth Ferguson theorized that a cruel supervisor increases tension in the employee to such a degree that they’re “less motivated or able to engage in positive interactions with the partner and other family members.”

This may be particularly true for people in new or recent marriages and relationships as the study also found that the longer the relationship the less damage a bad boss wreaks at home. The presence of children—the more the better–also appears to make a positive difference to a relationship.

The researchers hope that the study will encourage employers to take a zero tolerance policy to abusive work environments. “The evidence highlights the need for organizations to send an unequivocal message to those in supervisory positions that these hostile and harmful behaviors will not be tolerated,” said the study’s author Dawn Carlson, a professor of management at Baylor University.

Harsh interactions in the workplace and its affect on employee’s lives beyond the workplace includes more than just bosses and supervisors, however. The same group of researchers also found a link between rude co-workers and increased tension at home.