How your health can benefit from a 'relaxation revolution'

Herbert Benson, a Harvard-affiliated researcher, cardiologist and founder of the Benson-Henry Institute for Mind Body Medicine at Massachusetts General Hospital, has been trumpeting the benefits of the ‘relaxation response’ for decades (via Harvard School of Public Health). 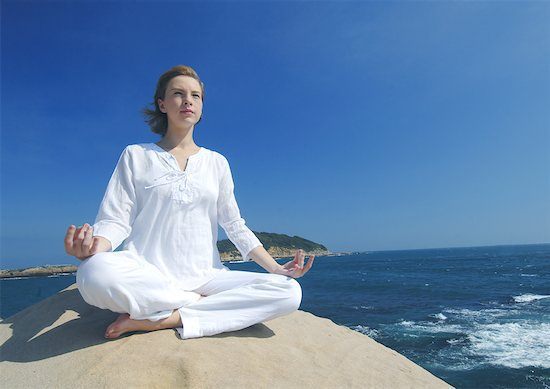 Herbert Benson, a Harvard-affiliated researcher, cardiologist and founder of the Benson-Henry Institute for Mind Body Medicine at Massachusetts General Hospital, has been trumpeting the benefits of the ‘relaxation response’ for decades (via Harvard School of Public Health).

His books The Relaxation Response and The Relaxation Revolution both present a case for learning to ease the emotional, psychological and physiological aspects of stress — or the fight or flight response — by observing a short, daily meditation practice.

According to Harvard Science magazine, Dr. Benson’s technique for stress-reducing meditation is fairly simple and “consists of repeating a word, thought, or prayer while breathing deeply and simultaneously banishing negative thoughts as they pop into your mind. The process lasts between 10 and 20 minutes every day.”

A recent study, conducted at Massachusetts General Hospital by Benson and his fellow researchers, found a positive connection between the relaxation response and the treatment of chronic illness. In the study, the researchers found that the technique can create “genetic changes in irritable bowel syndrome sufferers.”

The study further implies that such an effect may be possible with other chronic illnesses and diseases. Mind-body medicine can work in concert with drug therapies and surgical interventions to create better results. Benson also believes that if doctors and patients paid closer attention to mind-body medicine, our reliance on prescription medications would be reduced as well.

“Between 60 to 90 percent of visits to physicians in the mind-body realm are poorly treated by drugs,” Benson said during a lecture at Harvard in the spring.

The powerful connection that exists between our minds and bodies was also recently the subject of a NY Times article by writer, Jane Brody. Jane cited research to indicate that optimists not only live longer, but they cope with life’s ups and downs more effectively.

Don’t lament if you’re a pessimist, however. Brody quotes psychologist Suzanne C. Segerstrom who believes that optimism is a learned behaviour too. Wrote Segerstrom, “People can learn to be more optimistic by acting as if they were more optimistic.”

In other words, fake it until it becomes a habit.