Five Tips For Taking Better Holiday Photos With Your Phone

For starters, never underestimate the power of cleaning your camera lens.

You don’t need to spend hundreds of dollars on fancy camera equipment to take great photos during the holidays. Instead, all you truly need is your phone and a few handy tips. Here, Chatelaine’s resident photographer, Christie Vuong, shares her best advice for taking your holiday photography sessions to the next level. (Vuong used an iPhone 14 Pro for the photography in this post, but her advice will help you take better photos no matter what device you’re using.) 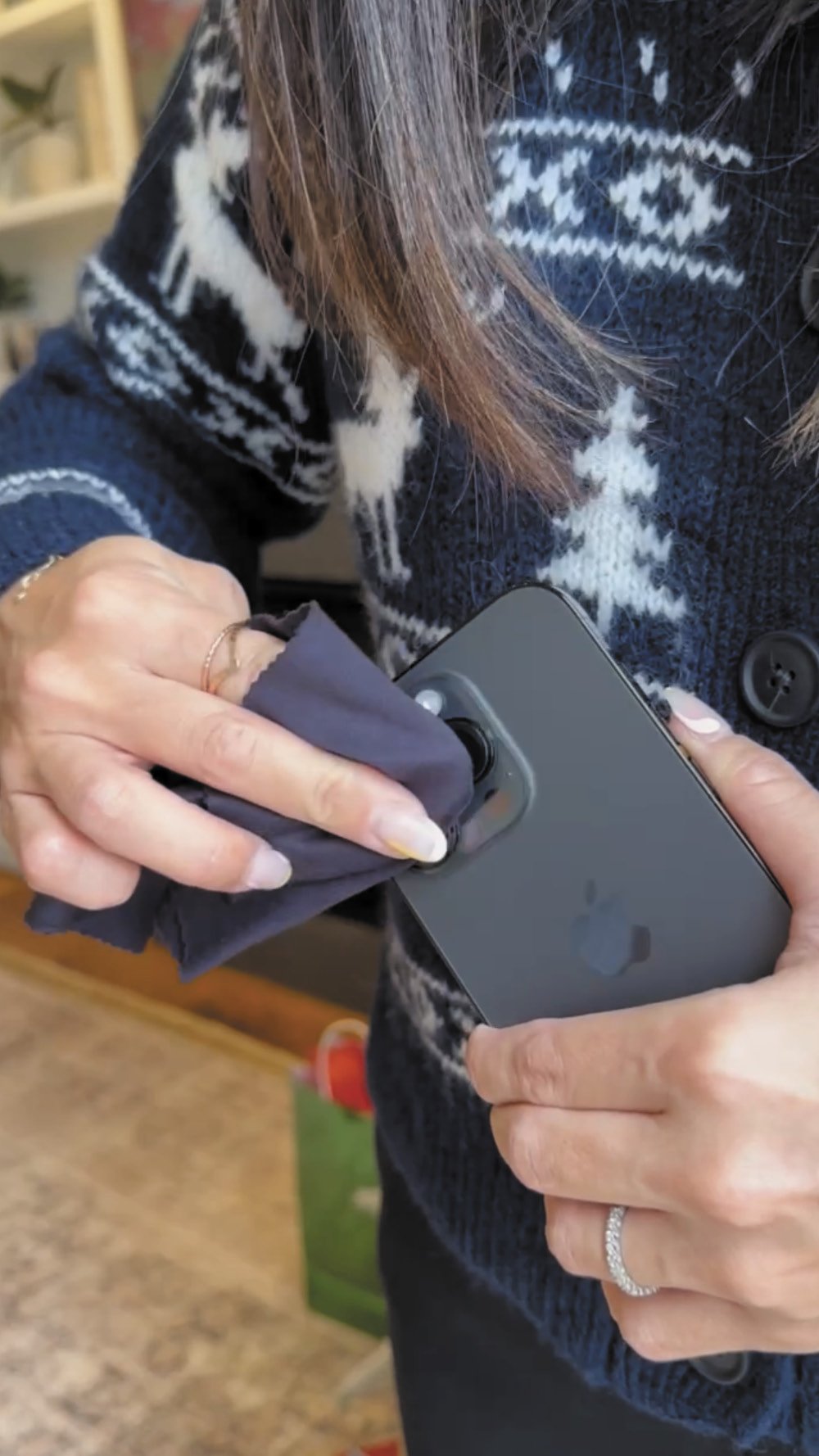 There’s nothing worse than ruining a great photo because of a dust speck or a smudge mark. Vuong always has a soft microfibre cloth on hand to clean her phone’s camera lens. “That way, my pictures don’t end up looking like a cheesy ’90s soap opera,” she says. “So simple, but so effective.” 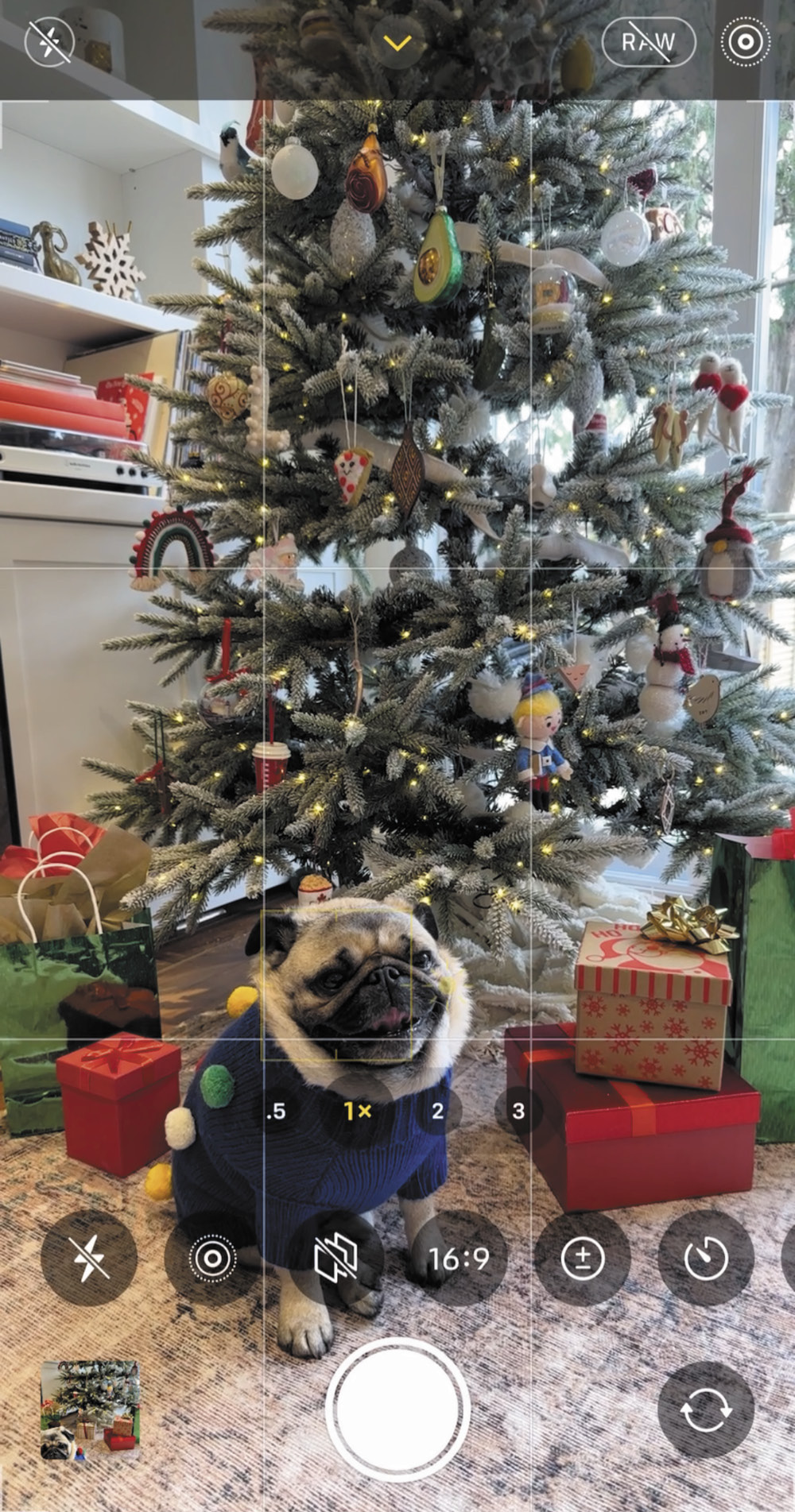 2. Use the rule of thirds

The rule of thirds is a composition guideline that that’s a simple way to frame your subject(s), while also capturing the environment around them.

The idea is to place your subject in the left or right third of an image, leaving the other two thirds open. This generally leads to more interesting and well-composed shots.

The rule of thirds is great for taking shots of your pets in front of the tree or for shooting a portrait. Best of all, your phone’s camera already has a gridline feature that you can activate in your camera settings. 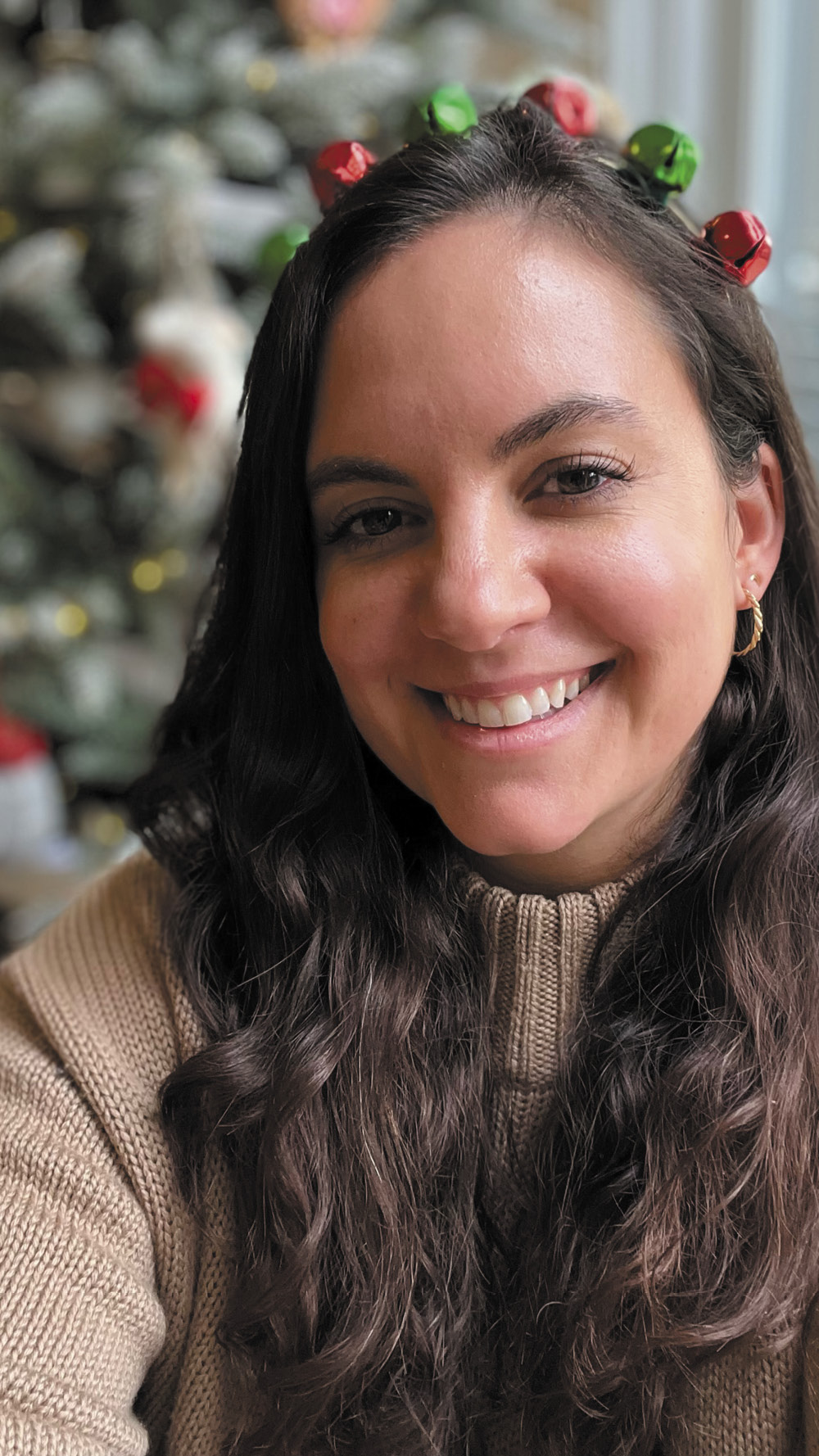 Take advantage of natural lighting and make sure you’re always facing a light source when taking a selfie. (You want to avoid being lit from behind or above, which can cast unflattering shadows.) Lastly, turn off the flash to avoid red eyes.

Invest in a tripod

Are you never in family photos because you’re always the one taking them? Then it’s time to invest in a tripod for your phone. There are lots of affordable options, some of which come with a Bluetooth remote control for taking photos. However, if you don’t want to splurge for a tripod with remote control, don’t worry: Your smartphone already has a built-in timer inside the camera app, so you can set it, then jump in and be part of the photo.

@chatelainemagAre you always the one left out of your holiday photos? Here are some tips on how to take great family group shots and also be IN the shot.♬ original sound – Chatelaine 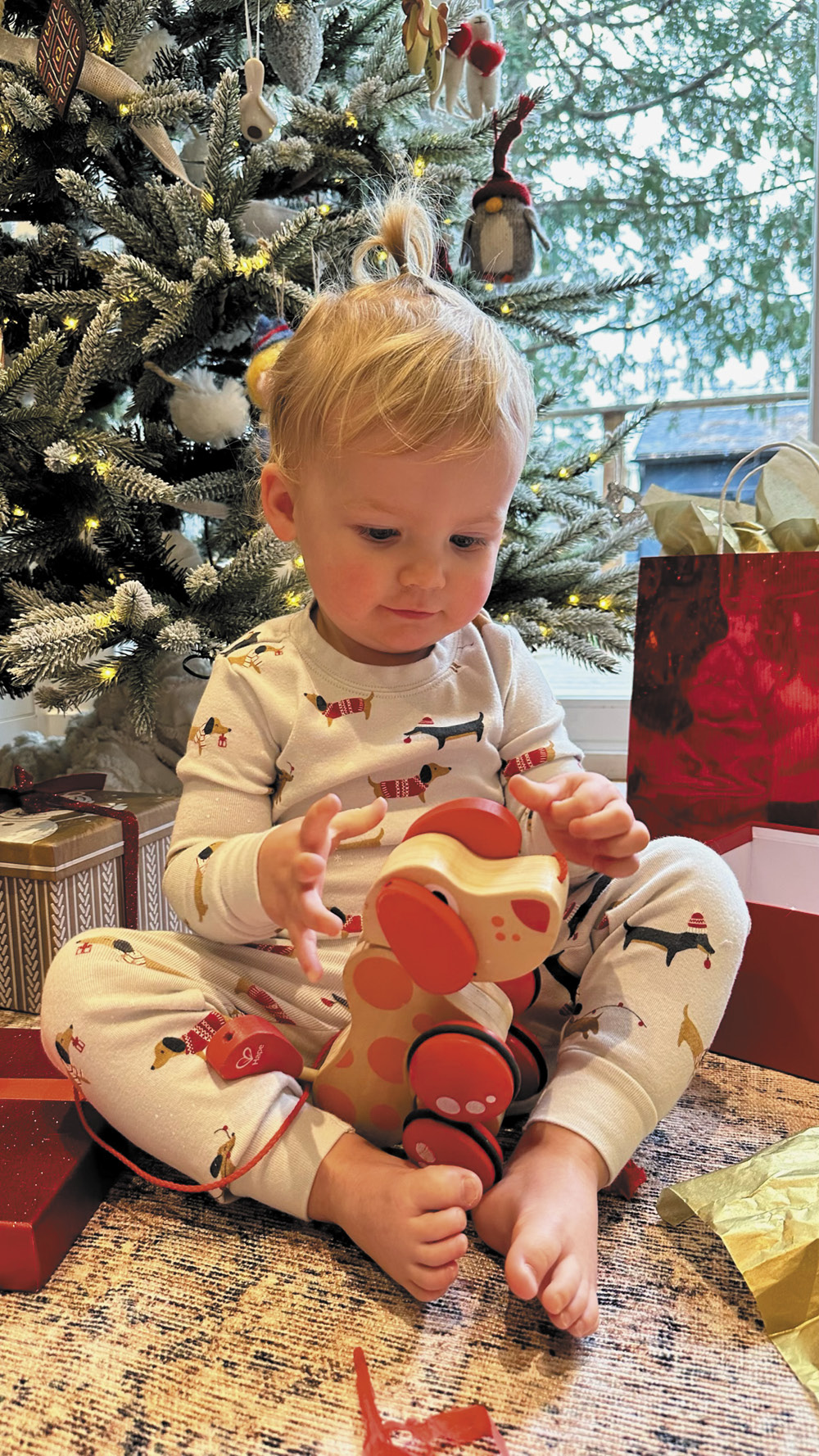 After you’ve successfully taken a group photo with everyone’s eyes open, focus on capturing some candid moments, like your child playing with a new toy or your mother-in-law flipping through the photo album you gave her. You’ll never regret having these less-staged photos.

@chatelainemag Christmas morning is hectic, but you can still capture it in all its glory by using these easy tips for taking better action shots. #actionphotography ♬ original sound – Chatelaine