How to stay together: The secret to making it work

There may not be a magic formula for keeping love and commitment alive in a relationship, but there are a few factors that strengthen the ties, according to an article in the January edition of Psychology Today (which is now online). 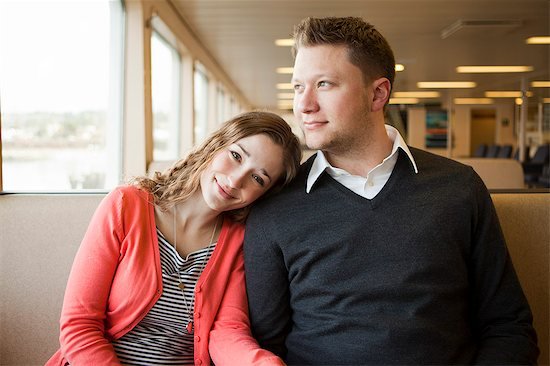 There may not be a magic formula for keeping love and commitment alive in a relationship, but there are a few factors that strengthen the ties, according to an article in the January edition of Psychology Today (which is now online).

As part of the magazine’s in-depth examination of love (both healthy and not-so-healthy) writer Rebecca Webber looked at what techniques or states of mind encourage growth and stability in a relationship. One of the shifts positively associated with a union’s longevity, writes Webber, is “a transformation of motivation — away from self-centered preferences toward what is best for the relationship and its future.”

Basically, it’s shifting one’s thinking from ‘I’ to ‘we’.

This change in perspective also comes with a few adaptations in how we deal with conflict in a marriage or relationship. “Accommodation (as opposed to retaliation) plays a role. So does sacrifice. So do willingness and ability to suppress an impulse to respond negatively to a negative provocation, no matter how personally satisfying it might feel in the moment,” writes Webber.

These suggestions for keeping long-term goals in mind rather than indulging a hair-trigger response to provocation (no matter how tempting that can be) aren’t just hot air, they provide sound advice for keeping two people together. Webber cites a long-term study by researchers at UCLA that linked negative, reactive, retaliatory and insulting conflict styles with divorce.

She writes, “Displays of anger, contempt, or attempts to blame or invalidate a partner augured poorly, even when the partners felt their marriage was functioning well overall, the researchers report in the Journal of Family Psychology. So did expressions of discouragement toward a partner talking about a personality feature he or she wanted to change.”

The challenge of the day for those who want to stay together may be to put their own reactions (if not their ego) in check and instead of keeping an internal score card against their amour, keep their eye on the real prize: being a supportive, mature partner.

And if cultivating a broader perspective sounds too abstract, go the practical route and do what one long-married husband in the article chooses to do before he brushes his teeth. “Every morning I wake up, splash cold water on my face, and say out loud, ‘Well, you’re no prize either.’”

What do you think is the most important skill in making a relationship work?