A Canadian Ultramarathoner Shares Her Best Advice for Running Through Anything

Isabelle Sauvé recently won a series of ultramarathons that takes runners through some of the most challenging terrain in the world. Here, the Ontarian shares her best strategies for running through extreme weather—including heat, snow and rain 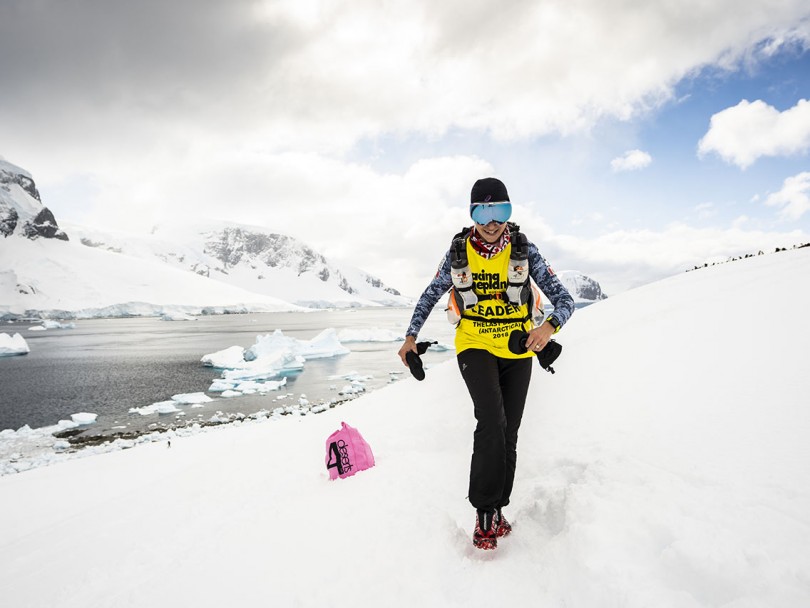 Completing a marathon on its own is a bucket-list achievement. But Ontario’s Isabelle Sauvé has completed nearly a dozen ultramarathons, many of them back-to-back on some of the most challenging terrain in the world. The Ontario Provincial Police officer was recently the overall women’s 4 Deserts champion for 2018—a year-long challenge that has participants complete four 250 km+ weeklong ultramarathons in four radically different destinations across the planet—starting with the driest place on Earth in Chile, to the challenging rock terrain of Mongolia’s Gobi Desert, to the Namibian desert, before finishing in Antarctica. Needless to say, she’s a master at running through all kinds of crappy weather. 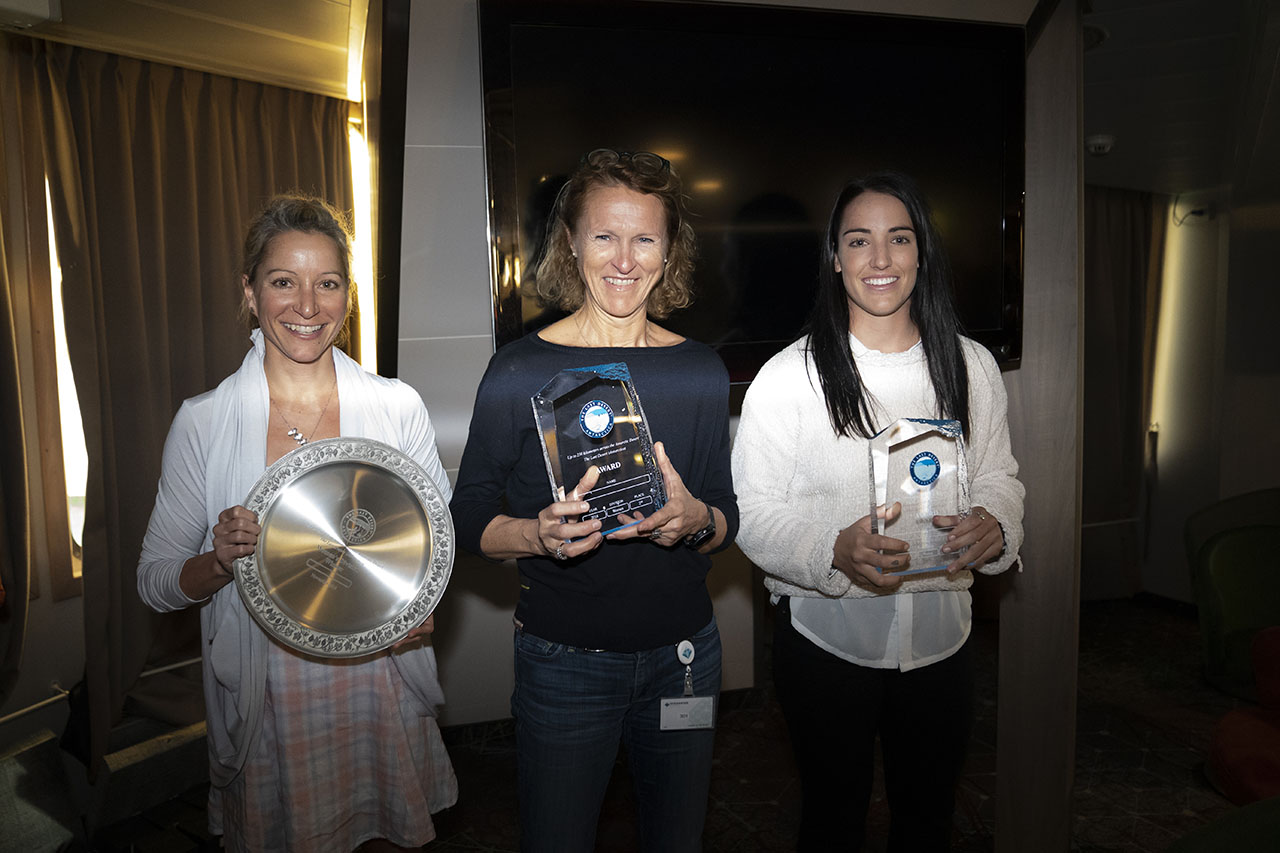 Sauvé, who has run for decades, ran her first ultramarathon in Morocco only three years ago on a whim for her 40th birthday. Here, she shares how she dresses for extreme weather, gets herself out the door for a run despite long days at work and perseveres through kilometre 49 of a 50K race. 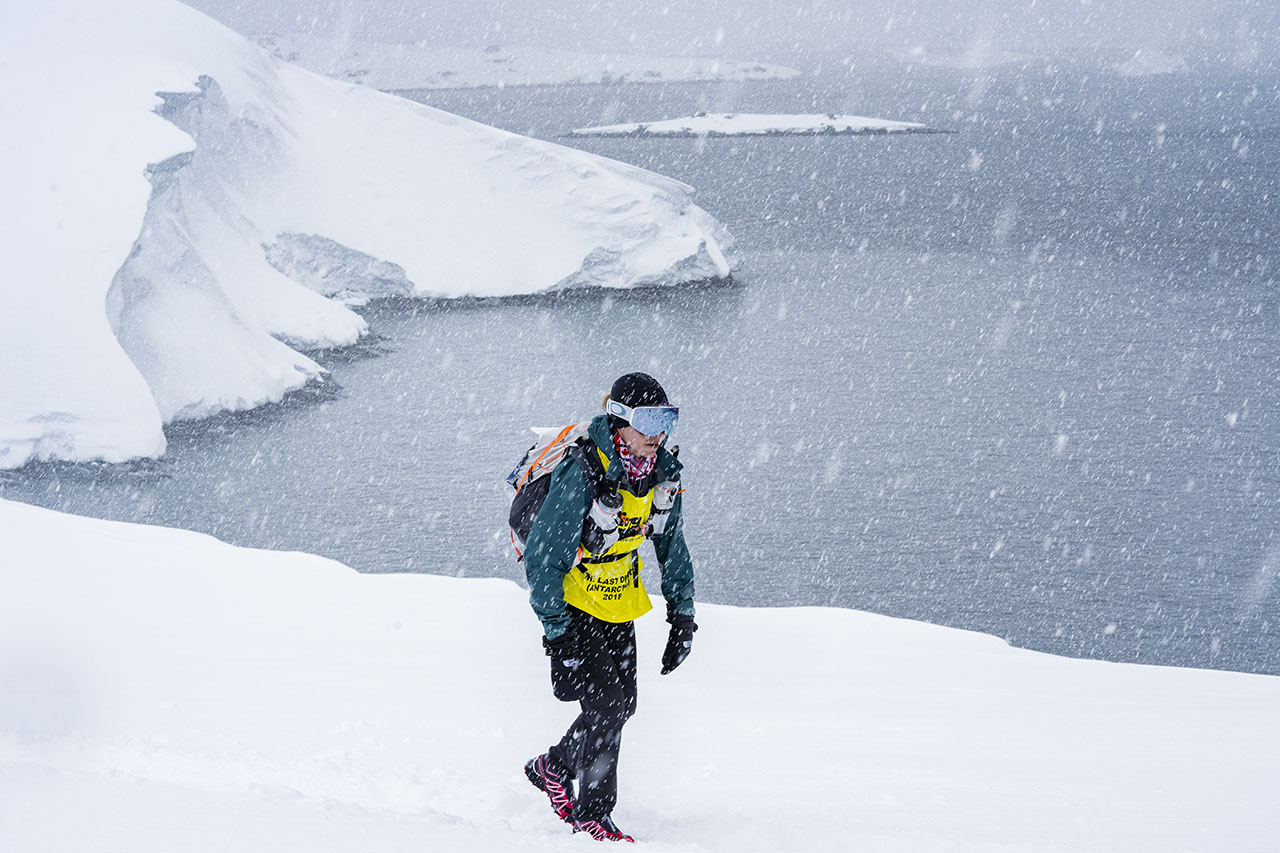 On tackling ultramarathons for the first time after running for decades

Once you achieve a 10K, you think, I wonder if I could do a half, then you complete a half [marathon] and think, Oh, I’d like to complete a full. It carries on from that and then you’re like, Well, I wonder if I could do an ultra! Thinking back, I never would have thought it was possible. I get to travel to some of the coolest places on Earth and meet some really interesting and super nice people. That is what makes it for me.

I break prep into different components: equipment, nutrition, training and knowing the terrain. It’s really learning how to manage every component properly, to make sure that you’re good mentally.

In terms of terrain: When it’s going to be a sandy desert, for example, I’ll find a gravel pit where I can run in the sand. And then, with anything snowy, obviously in Canada it is pretty easy [to practice].

A big part of multi-stage racing is doing marathons back-to-back. You can try to mimic it as much as you can in your training—it’s pretty brutal in terms of getting used to the fatigue.

[When preparing for an event], I train nearly every day. Some days are weight training or cross training. As I get closer to an event, I can spend five to seven hours a day training. I often break up training into two or three sessions daily and allow some rest in between. Some days I don’t include breaks to further build endurance. My shortest training runs are one hour, with the longest at six to seven hours.

Closer to a race I’ll test out all of my foods. With the ultras, you’re eating dehydrated food so I’ll try and mimic the race in mini sessions of 3-4 days. That way, it’s not so much of a shock to the body and I know what to expect and whether or not it works. 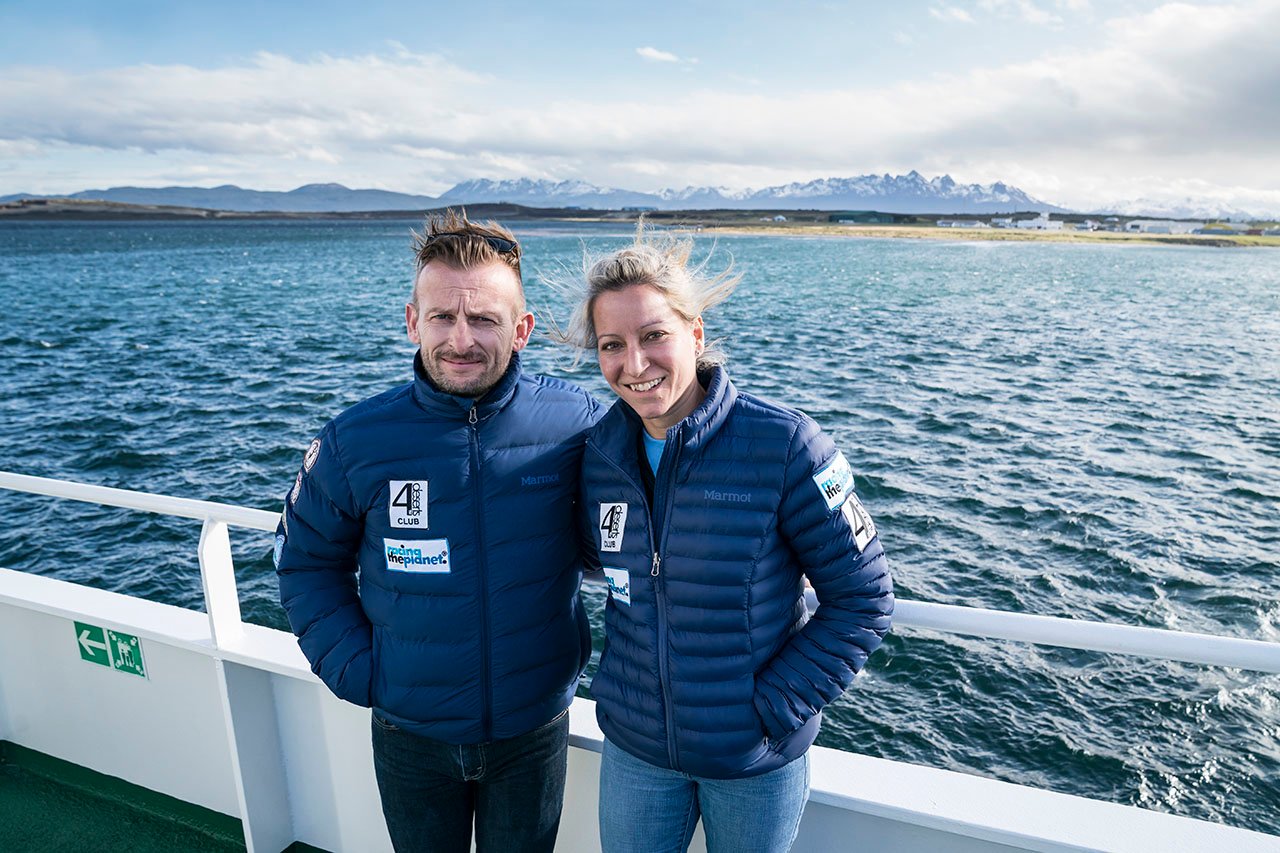 Isabelle and her partner, Bruno Sequin, who she met during an ultramarathon in Chile. (Photo, Thiago Diz)

On what she actually eats during a week-long race

Ultramarathons are self-sufficient, which means you carry everything you need in your backpack [for the week] and you have to carry it the whole time. There is a minimum calorie intake of 2,000 calories per day and you have to meet that. For me, it’s a lot of dried noodles. They actually call me ‘Noodles’ because it’s basically what I eat for the week. You try and get something that is calorie dense, but lighter (so it’s not heavy to carry)—it’s more junky stuff than you usually would eat. You also need proper electrolytes, so I carry powders that I know work for me. Being Canadian, I also use quite a bit of maple syrup. [The sugar in syrup breaks down slower than other types of sugar, providing fuel for longer periods of time.] 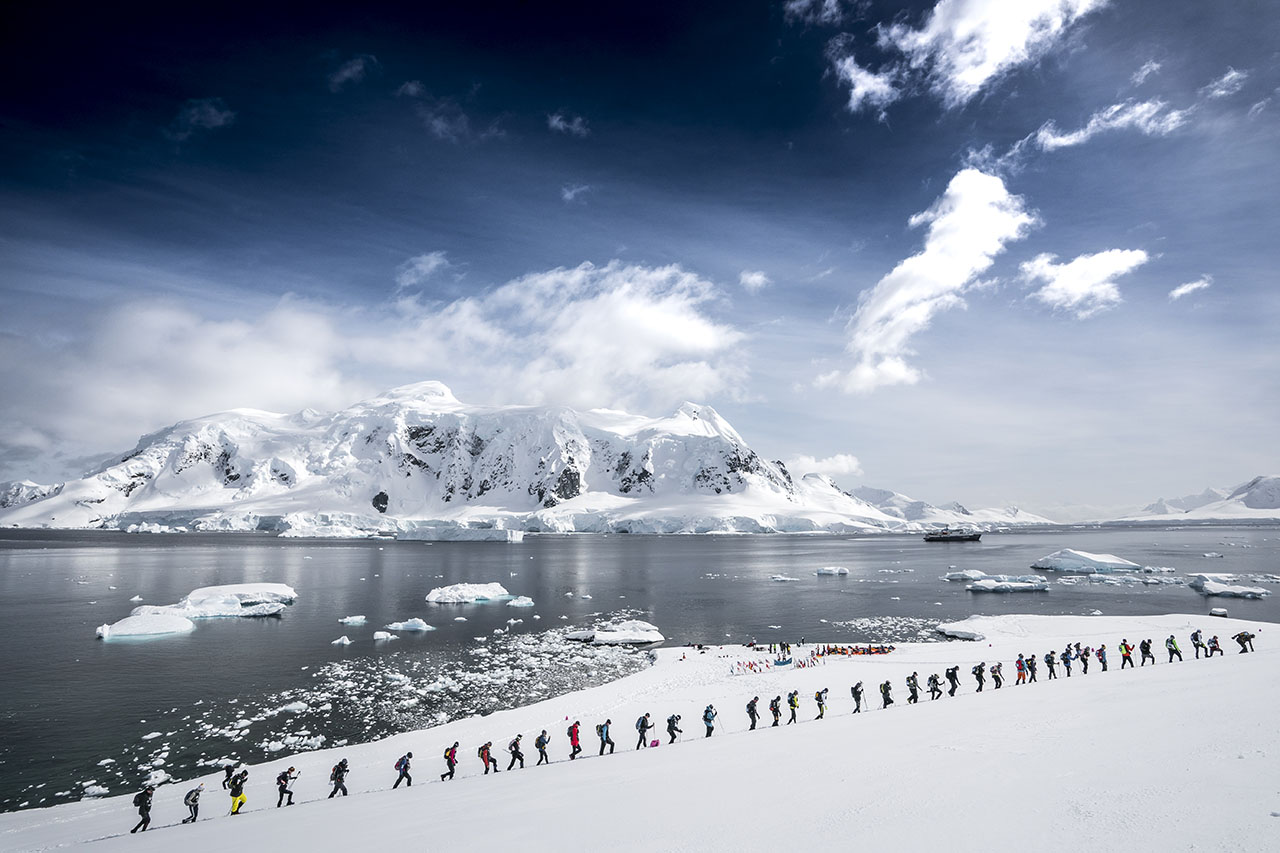 On sleeping poorly during a race

During a week-long race, you’re staying in a tent with seven other runners, with people coming in and out. It’s far from perfect, but when you’re tired enough, you eventually just sleep. It’s definitely a factor that you have to get used to. You don’t wake up in the morning feeling completely rested. I try and play a lot of mental games, if you will, and remind myself of how lucky I am to be in that particular place and try and enjoy it as best as I can.

On running through inclement weather

I use a layering system to keep warm, wearing several really thin layers so I can take off one if I’m getting too warm, and then later on if I get cool again, I can just throw it back on. It’s the same kind of thing when it is really hot. Then, you also want to cover your skin because the sun is so harsh that if you get a sunburn, it will dehydrate you and can cause other issues down the road. Rain gear is also part of a mandatory [ultramarathon] kit, so I always have a rain poncho I can throw on or at least protect my equipment with if I’m not going to wear it myself.

Proper running shoes with gaiters and spikes does the trick for running on ice. As a Canadian, I’ve had many years of practice running on various wintery surfaces so I definitely have an advantage compared to competitors running in the snow and on ice for the first time. Running in deep snow can be very exhausting and required a unique running form—on the harder paths, you can go faster; on the loose stuff, you can conserve your energy. In really deep snow, you have to be careful not to get injured. 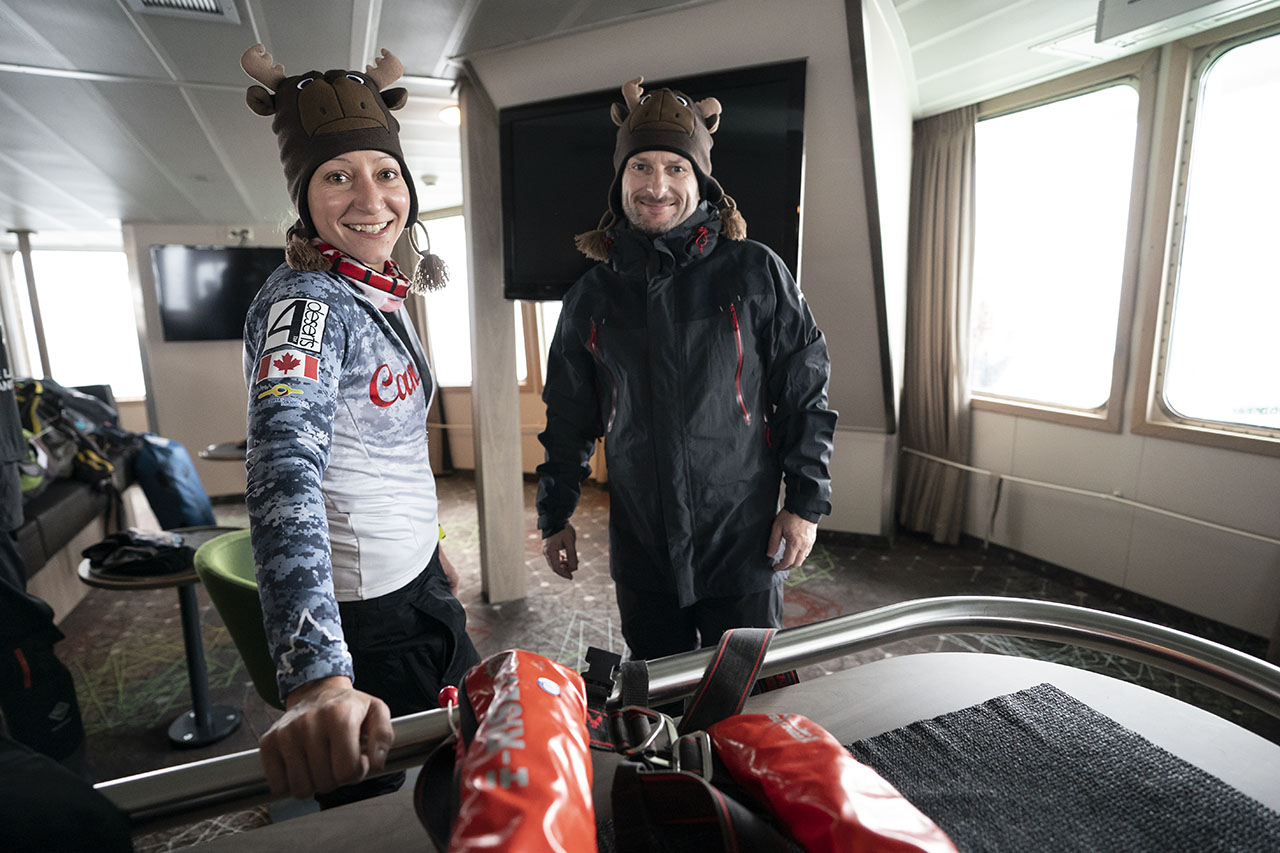 How she fits in training time

I’m a police officer so I work shifts, most of which will be at least 12 hours. But it still gives me enough time to get in an hour or so of exercise. If I’m working days, I’ll run after my shift and if I’m working nights, I’ll run before I go into work. It’s a matter of prioritizing and trying to plan ahead, but at the same time you can’t be so rigid in your ways—if something comes up, you may have to forgo something else.

Some days after working really long hours, getting in a run can be pretty challenging. The last thing I feel like doing is going outside and getting in some kind of training. My mind starts to find excuses not to, but it’s all about gaining the discipline to know whether I’m actually physically too tired. Sometimes I am and it’s not any better to be training; other times, it’s just that I’m kind of tired and I don’t feel like it so I need to push myself to go with it.

What motivates her to get out the door

Maybe it’s weird, but I think of the people who can’t run; who can’t share these experiences just because they are not in a position to do so, or they’re physically injured or for whatever reason can’t do it. I think that I’m pretty lucky to get to run, and that I want to stay healthy and fit in order to do it as long as I can. Plus, being physically fit is also important for my work—fitness allows me to help somebody in need. That’s important to me, too.

On staying motivated enough to finish a race

I try and play a lot of mental games, if you will, and remind myself of how lucky I am to be in that particular place and try and enjoy it as best as I can.

At the end of a race, you’re happy that you’ve accomplished your challenge but at the same time, it’s almost like grieving because it is over and you’ve put so much time and effort to be there and get there. It’d a strange feeling—definitely mixed emotions.

On conditions she wouldn’t run in

I probably wouldn’t run in the middle of a pack of lions, but yeah, as long as there are no real external dangers, it’s no problem.