How to protect your children from cellphone radiation

Parents who keep track of their kids by giving them a cell phone may want to make some changes in the ways they keep connected. It might not mean ditching the devices completely, but lingering concerns about radiation absorption from cell phones could alter how kids use the technology. 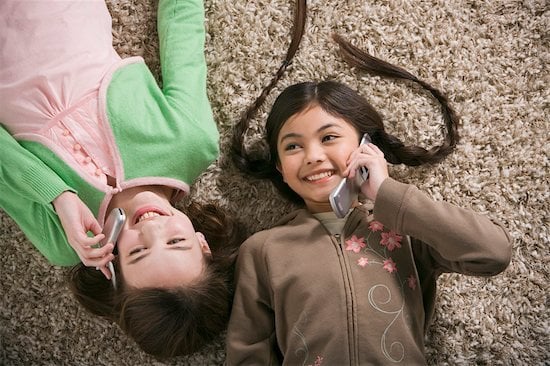 Parents who keep track of their kids by giving them a cellphone may want to make some changes in the ways they keep connected. It might not mean ditching the devices completely, but lingering concerns about radiation absorption from cellphones could alter how kids use the technology.

So troubled by the lack of research into how cellphone radiation affects a child’s developing brain — there hasn’t been any research on this topic, only on adults — the American Academy of Pediatrics (AAP) is asking the Federal Communications Commission (FCC) in the U.S. to reexamine its policies when it comes to radiation standards, reports Time.com’s Bonnie Rochman.

While the AAP doesn’t appear to be asking the FCC to alter its radiation standards, which in turn would ask cellphone companies to reduce the amount of radiation emitted by their products, the group is asking the commission to acknowledge the obvious. At the moment, the FCC’s radiation standard is based on recommendations for the amount that can be safely absorbed by an adult not a child.

For AAP President Robert Block this policy isn’t serving the health interests of children but rather ignoring their unique needs and the necessity for protection.

Said Block: “Children, however, are not little adults and are disproportionately impacted by all environmental exposures, including cellphone radiation. In fact, according to [the International Agency for Research on Cancer], when used by children, the average RF energy deposition is two times higher in the brain and 10 times higher in the bone marrow of the skull, compared with mobile phone use by adults.”

Do your kids have a cellphone?

Read what other health threat your phone may be causing.