How to painlessly return that unwanted gift 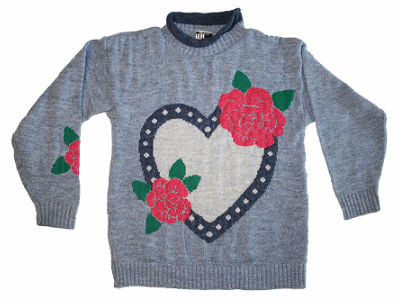 The turkey’s been eaten, the gifts opened, and now comes the crucial task of returning that hideous sweater Aunt May lovingly picked out for you. With the confusing return policies many stores now impose, returning gifts can be a daunting task. Thankfully, we’ve found this helpful article that offers handy tips on navigating the return policies of North America’s biggest retailers. Happy hunting!

While celebrity marriages between younger women and older men are nothing new, Hugh Hefner’s recent engagement announcement takes the May-December romance to a whole new level. Hefner, 84, announced on Saturday that he will wed Playboy playmate Crystal Harris, 24. That’s an age gap of 60 years, for those too horrified to do the math. Hefner has been married twice before and has four children, aged 9, 10, 55 and 58. Crystal should bridge the gap nicely.

For many young adults finishing college in this lackluster economy, moving back home is an unfortunate necessity. A recent Pew poll shows that a whopping 13 percent of American parents said their adult son or daughter moved back in over the past 12 months. The stereotype applied to these unfortunate youths and their parents is one of coddled young adults and clingy mothers, but extensive new research by the MacArthur Foundation’s Network shows otherwise. Apparently this latest generation of stay-at-home kids is actual responsible and mature, choosing to stay with the ‘rents so they can pay off their college debt and save for their first home; an option infinitely more appealing than living off of rice and beans and piling up credit card debt.

It’s Canada and it’s winter: it was only a matter of time before an extreme weather news item crept into this blog. Just such a newsworthy storm system has been creeping through the American South, and is expected to hit Canada’s east coast today, with a predicted dump of 20 to 30 centimetres of snow. The system has so far caused major flight cancellations to and from Toronto, and should mangle east coast travel plans for the thousands of people making their post-holiday trip home in the coming days.

The lady long accused of breaking up The Beatles is once again denying those charges. Yoko Ono gave an interview to Britain’s The Daily Mail, claiming for the billionth time that she was not to blame for the breakup of the Fab Four. She also announced that if John Lennon were alive today, he would adore Facebook, the internet and Twitter. Cue sound of Lennon rolling over in grave.