How to overcome self-doubt

When it comes to confidence in the workplace and at home, women have a tendency to underestimate their abilities. 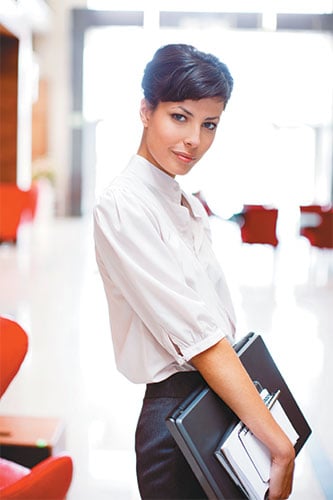 Women are suffering from an “acute lack of confidence” say Katty Kay and Claire Shipman in an article for The Atlantic. It’s an epidemic of insecurity that stands in direct contrast to our powerful contribution both in the workforce, in society and at home. Men appear to suffer no such lack of confidence when it comes to their competence. In fact, studies suggest men continually overestimate their abilities while women perpetually underestimate theirs.

The authors of the book Womenomics came to this conclusion while researching the book and during interviews with countless accomplished professional women who continually perceived themselves as somehow lacking or undeserving. The idea that they were frauds or imposters just waiting to be uncovered was a recurring theme even among women at the uppermost rungs of their industries.

Facebook COO Sheryl Sandberg and the author of Lean In famously told the authors, “There are still days I wake up feeling like a fraud, not sure I should be where I am.”

It’s this lack of assurance, borne of environment and even biology, which has real-world effects, say the authors. And that’s because studies suggest that success is as correlated with confidence as it is with competence.

Basically, you can’t have it all unless you do in fact believe you are entitled to it by virtue of your ability.

“No wonder that women, despite all our progress, are still woefully underrepresented at the highest levels,” they explain.

There is a path to overcoming this widespread insecurity, however, and it includes a radical overhaul of our longstanding behaviour. We have to stop blaming ourselves for every failure and we have to stop seeking perfection “at home, at school, at work, at yoga class, even on vacation.”

More important, we may have to try and overcome our brain’s natural tendency to worry over failures or disappointments. The authors cite studies that suggest women’s brains naturally process negative events more deeply than men.

So, how do you become more confident?

You take risks, you fail without self-censure and you make mistakes over and over again all the while understanding that this isn’t a punishment for imperfection, but rather the bumpy path of self-confidence.