How The Internet Can Fail The Socially Anxious

When I moved to a new city, I returned to my young adult life of socializing mostly online. But this time, I couldn’t convince myself an Internet social life was enough. 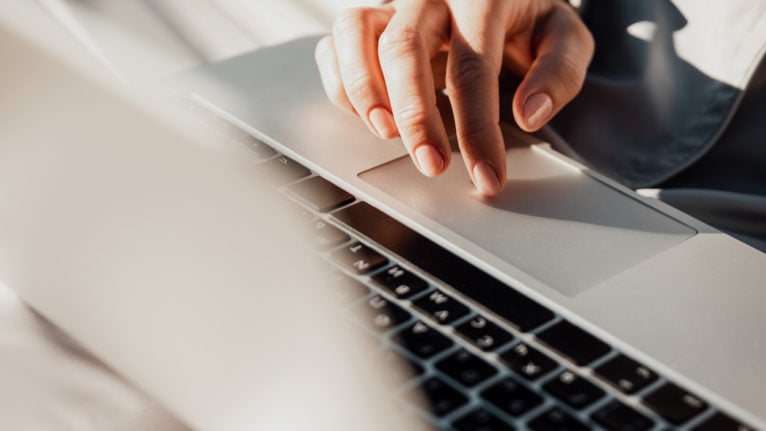 I usually tell people I’ve lived in Toronto most of my life; it’s near enough to the truth to not be a lie. Here’s a clearer picture: a young woman spending her adolescence in a room with blue and red walls scratched by endless poster tacks, an hour north of the city, two if you were taking public transit, which I nearly always was. When I was downtown I’d walk timidly, drinking coffee and watching passersby. These occasions were rare; I usually spent my evenings and weekends at home. And if I was at home, I was probably online.

Geography and location have been on my mind a lot the past few months. Last winter I uprooted myself from the GTA, packed my belongings into a rented truck and drove to Montreal. I was fed up with Toronto’s ever-rising cost of living, the possible futures I could have in the city narrowing with each passing year. I arrived in Montreal ready to build a new life for myself. Not only was the rent cheaper, but the culture seemed different in important ways: people walked less hurriedly, and were less likely to see professional burnout as commendable.

I quickly discovered a hitch in my plan. I didn’t have any friends in the city, and was having a difficult time making any. Even the thought of asking someone to hang out with me could send me into a spiral of panic. I reacted to this early isolation the way I have since I was a teen: by absorbing myself in online forms of socializing. The period of my adolescence was also coincidentally the heyday of the microblogging platform, and I was constantly immersed in stimulating feeds of text and photos. I posted grainy photos of myself taken with my laptop’s webcam, typed out lengthy, embarrassing confessions about my feelings, interests, and insecurities.

As a teen, I was afraid of other people. Of the neighbouring families on my street, the friends my parents would bring over, and, yes, the other children at school. What I was afraid of wasn’t exactly clear to me: some vague form of humiliation, judgment, mocking. I coped the way many young people of the 2000s coped — by forfeiting socializing in lieu of being extremely online. The platforms were full of other anxious young people just like me, and I bonded with them over music, art, and teenage angst. Sometimes these bonds would last for years. I could engage with others while safely alone, the impassable distance of the screen keeping my terrible social anxiety at bay.

Even within my fear, I knew of the necessity of socializing. Loneliness and the desire for connection are very powerful motivators. A decade later in a different city, I sunk back into the same routines, swiping and liking my way through an imitation of sociality, trying to convince my brain to speed up its production of oxytocin and serotonin. The problem was, I couldn’t convince myself anymore that what I was doing online was akin to socializing—and social media hadn’t since turned out to be the safe haven I thought it would be. Though I could blanket myself in the protection of distance and semi-anonymity, being online generated its own kinds of social anxiety. Offline, it’s exceedingly rare for strangers to send you threats of harm for no purpose other than sinister enjoyment, but such an occurrence is becoming increasingly rote on social media platforms—especially if you happen to be a woman and/or LGBTQ+.

The problem is that the internet isn’t getting better for the anxious among us; it’s been getting worse. “The move from desktop computers to smartphones was a significant moment in the history of the internet,” explains Fenwick McKelvey, a communication studies professor at Concordia University. “Blackberry was influential in the abolition of the work-life balance, and from that point on our social life is always connected in certain ways.” The urge to be constantly online is provoked by the design of our technologies.

These days, I know that logging on doesn’t fulfill the social needs it claims to exist in service of. Research suggests this may be a common feeling: A 2017 study in Psychological Reports asked participants to subjectively rate the desirability of a selection of images. Some images were depictions of solitary activities, others of social activities. Finally, some stood in for social media platforms by using images of app icons. The results defied expectation. Subjects who rated the pictures of solitary activities as more desirable also tended to rate the images of social media as more desirable. The study authors use these findings to raise the hypothesis: Is social media use a solitary activity? If being online can worsen my feelings of isolation in a way that few other things can, then why can’t I put away my phone?

“Many aspects of social media were an afterthought to a profitable advertising revenue model,” reflects McKelvey. “Social media can be thought of mainly as a set of advertising businesses that have proxies that allow people to talk to each other.” Here’s the nugget of truth about these platforms, blanketed smoothly in endless-refresh dashboards and drop-down notification menus. Social media can emblemize the most hostile and anxiety-inducing parts of being social because the social part of them is secondary to what they exist to do: generate revenue. Compulsive app-checking and anxious scrolling isn’t a problem, because under a for-profit structure all engagement is good, no matter how unhealthy.

Studies have also consistently found that social anxiety is an important predictor for “problematic internet use:” a way of engaging with the internet that’s compulsive or damaging. Research suggests that this compulsion may not even bring with it a reward. A 2012 study in the psychiatric journal Personality and Individual Differences found that socially anxious people who socialized online frequently also tended to score higher for depression and lower on quality of life. One explanation is that social media use may become maladaptive when used by those with high social anxiety.

I started using the Internet because engaging with others online gave me the feeling of increased control over how I chose to be social. But there’s a dark side to this control. The tumult of rejection and acceptance, retweets and likes aren’t particularly healthy for a person with social anxiety, and social media can intensify self-awareness to an uncomfortable degree. This is especially true for those of us prone to second-guessing ourselves, fixating neurotically over how we’re perceived by others. To see our public-facing personalities laid bare in cold data, our social capital exemplified in follower counts, can be mortifying.

When I gaze at my Instagram profile, I want nothing more than to escape from myself. I’ll post a new photo, change my profile’s wording and try to start anew, condemning myself to the cycle all over again. It feels like I can escape myself through re-creation, slowly perfecting how I’m seen by others. But there is no perfect: only a humiliating, never-ending loop of self-awareness.

Offline, I’ll compulsively rehearse social interactions in my head before I carry them out, “a cappuccino to go, please” cycling through my brain as I walk to my neighbourhood café. Some part of my brain is convinced I’ll mess it up somehow—a tendency common to those prone to social anxiety. It may be counterintuitive, but this tendency is multiplied tenfold online. A post can be endlessly re-worded and fine-tuned, a direct message edited hundreds of times to ensure it isn’t misconstrued.

Especially during a pandemic, when in-person socializing is fraught, the compulsion to stay online is difficult to resist. We can continue to connect even through emergency, deriving some solace from our acquaintances’ anxiety-laden tweets about schools reopening, or feeling reassured by seeing that our friends are logged on at the same time as we are. It is here that the framing of online platforms as a social good starts to make sense; and yet, we can’t seem to cease our doomscrolling.

For most of us, burying our smartphones in the woods or paying thousands of dollars for “digital detox camps” is out of the question. We shouldn’t feel obliged to take an all-or-nothing approach to technology; nor should we act as though it’s up to consumers, and not the companies, to change these platforms for the better. But there are some tools to help you try.

Apps like Forest can help control your cravings to scroll with simple games. A tree slowly grows in a cute animation, and if you click on a social media apps before the time is up, you kill the tree. You can track time spent on apps, compare usage to averages and restrict usage with apps like Screen Time. Experts also recommend moderating usage by disabling notifications or deleting apps off your phone entirely.

In Montreal, as winter stopped ever-so-briefly in spring before pummelling on into a sweltering summer, I started leaving my phone at home whenever I went outside. The time I’d spend staring at the screen, checking to see who had responded to the pictures I uploaded, became so draining I’d reached a saturation point. Though it still makes me sweat nervously to talk to people in real life, I’ve been forcing myself to do it every once in a while. Being online was making me miserable—and the awareness that my misery is lining the pockets of the executives at Facebook and Twitter turns out to be a powerful motivator to logging off.