How to keep your financial New Year’s resolution

How to make 2011 a good financial year; Razbaby pacifiers recalled; Spain decides to butt out; dead birds fall from the sky in Arkansas, and Australia gets hit by intense flooding of “biblical proportions.” 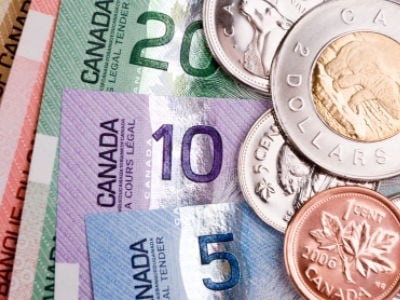 Chances are good most of you have an ambitious list of new year’s resolutions jotted down, and at least one or two of them are likely financial. Sadly, these annual resolutions are notoriously easy to forget about or ignore. Luckily, we’ve located this handy tip list aimed at helping you stick to your 2011 financial resolutions. No go forth and be frugal!

If you’ve got a baby and that baby uses a pacifier, you’ll want to take note of a product recall on Razbaby pacifiers. The pacifiers are designed with a shield that snaps shut when dropped. Health Canada has found that when boiled, the pacifier’s nipple can separate, creating a choking hazard. The recall affects products in lot number 1006, and a complete list of the specific names of products affected can be found here.

The no-smoking laws in Canada have been stringent for a while, but now notoriously smoky Spain is jumping on the butt-out bandwagon. The home of flamenco and bull fighting has just enacted new anti-smoking legislation that will see tapas bars, restaurants, discos, casinos, airports and some outdoor spaces become smoke-free. Spain follows on the heels of Britain, France and Italy, who have all enacted similar laws in recent years.

The year 2012 signifies the end of the Mayan calendar, and believers are scanning the horizon for signs that the “end of days” is drawing near. They got that sign on New Year’s Eve, when a flock of some 1,000 birds fell dead from the sky over Arkansas. Experts say this has happened before, and that inquiries into the cause are usually inconclusive. Arkansas commission ornithologist Karen Rowe said the flock could have been hit by lightning or high-altitude hail. Other less scientifically inclined sources say all signs point to the apocalypse. Natural phenomenon or prophetic warning? Your call.

Floods of “biblical proportions” have covered at least half of the Australian state of Queensland with water. Some 200,000 people have been affected, as overflowing rivers have now covered an area the size of British Columbia with floodwater. Water levels aren’t expected to peak until Tuesday or Wednesday, and the state treasurer is anticipating the flooding will require massive cleanup efforts, and “will have its effects felt for years to come.”