How to get rid of stage fright

I get panic attacks at the thought of public speaking. But I have two new books out so the show must go on. Seven tips for stage fright. 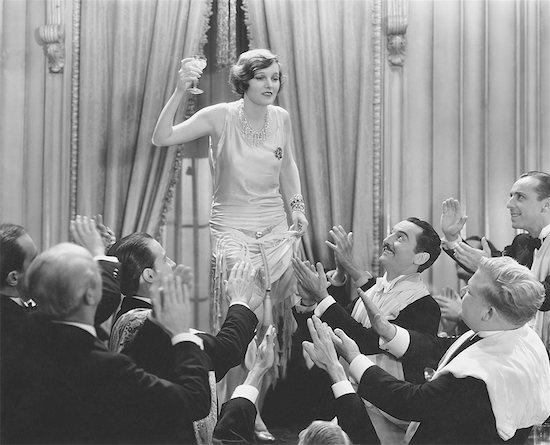 For someone who is so outspoken on paper, I pretty much suck at speaking in public. I wish I were better at it. Sometimes, I go watch other authors read their work and I’m amazed. They have the audience in stitches! The audience is intrigued! The audience is enjoying themselves! (This can be said too for presentations, if you have to lead one, or be on the other end of listening to one.)

I have two books coming out next month. One is an adult fiction called, The Lucky Sperm Club, and the other is called How To Raise a Boyfriend.

This means, most likely, that on my book tour I will have to speak to people. And not just at signings, when I’m more than happy to meet people (I love that!), but getting up and reading what I’ve written always scares the crap out of me.

Now that this is my eighth published book, it’s definitely time (don’t you think?) that I get over my nerves. I feel pathetic, once I know I’m “booked” somewhere. For weeks, I’ll sometimes just sit there and think, “Why did I agree to do that?”

And then the day will come and I’ll get on stage. My heart will be pounding and though the audience always looks friendly, my first thought is, “They’re going to hate me.” As I read, I can hear my voice stuttering, sometimes skipping words, and then I find it hard to read because all I’m thinking is, “Can they hear my voice shaking?” And, “Did they notice that I accidentally changed a word?”

I need help, so I talked to an expert on public speaking His name is Jay Miller and he’s the founder of voiceandspeech.com. He had some very helpful tips for anyone who suffers from stage fright.

1. He says he gets a wide range of clients. People who get panic attacks, even who faint at the thought of public speaking. One woman even used to quit her jobs before she had to make presentations. The biggest problem he says is “the stories” we tell ourselves in our mind, including that people are judging us, or that two years ago, we may have had to speak in public and went down in flames.

2. He suggests always standing, because when both feet our on the ground, you do feel more, um, grounded, and therefore more relaxed. (Think of mountain pose in yoga. It makes sense.)

3. Remember to breathe when you are up there. “If you’re not breathing well, then it will increase your heart rate, blood pressure, tense your muscles and triggers stress hormones.” This you have to practice, because it’s not just breathing breathing, but deep breathing from your belly. (Again, think yoga.)

4. This is the simplest of them all, and yet, something I rarely do. “Rehearsal,” says Miller. “Most people assume they have notes so they are ready. But until you actually do what you have to do, which is open your mouth, then you haven’t rehearsed.” He says to practice whatever you’re going to say THREE times. “Why,” he asks,” would you want your first time public speaking to be IN FRONT of an audience, when you could practice at home beforehand, hearing the sound of your voice and getting familiar with what you’re going to say?” (VERY good point, my friend.)

5. He reminds me that just because your voice may shake, or your hands may shake, or your legs may shake, it doesn’t mean you’re doing a bad job. He says that even in spite of your nervousness, you should work through it, because the audience probably isn’t noticing your shaky voice.

6. Great presenters, or speakers, he says, know that what they are doing is just “making conversation” and having a “relationship” with the audience. The ones who don’t do so well are too caught up in their symptoms of nervousness.

7. He says as a public speaker, or presenter, your goal IS to make a connection with the audience. The moment you notice nervousness, turn it up a notch. He also reminds me that you’re not there for YOU, but you are there for the AUDIENCE. So, as he says, “Go out and play!

He did calm me down. After all, how simple is it to rehearse? I can do that. I can also get back to my yoga classes and learn to breathe and ground my feet. I just hope I don’t end up speaking on a chair. But still. Buy my books. Just in case I’m a better writer than I’ll ever be a public speaker!