How to fundraise in seven steps

Whether you're lacing up for a charity walk or raising money for your child's school, these tips will spark the giving 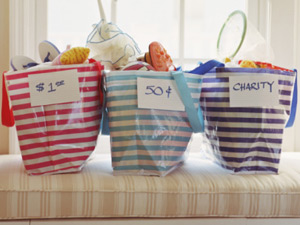 1. First, do the math
Even charitable efforts need a business plan. Don’t forget to account for expenses such as posters or phone bills in your total; you need to cover your costs. And don’t underestimate the number of volunteer hours you’ll need. “The reason why some campaigns might not work out is that there’s not enough advance planning,” says Jocelyne Daw, vice-president of marketing and community engagement for Imagine Canada, an umbrella group for non-profit organizations.

2. Make it nice and easy
With all the user-friendly word-processing and publishing programs available, there’s no excuse for your fundraising materials not to look good and read well. Make it as easy as possible for people to donate money, whether it be by cash, cheque or credit card. (Your bank can help you set up a special account.) If you’re mounting a big campaign, say, for a scholarship, consider registering your cause as an official charity with the Canada Revenue Agency. Beware: It involves some paperwork and a wait of three to seven months, but the costs are minimal and being able to issue tax receipts (which not all non-profits can do) is a huge bonus for donors. You’ll also get access to services such as CanadaHelps.org, an online portal that will collect funds and issue receipts on your behalf.

3. Fire up the computer
Many people prefer to be canvassed virtually rather than in person, and evidence suggests you will probably collect more money online, too. If you’re on a social-networking site, such as Facebook, use your page as more than a way to trade music playlists: Send out bulletins to friends to let them know about your goals. If your kids are computer-savvy, ask them to get involved and help you think of a creative online sales pitch.

4. Go ahead: Ask for it
People are more likely to give to a cause with distinct goals, so be as specific as possible in your pitch: Say, “We’re raising money for the choir’s sheet music,” not just, “We’re trying to help the choir.” You shouldn’t feel embarrassed about contacting friends and colleagues for support, but the etiquette about how often you should canvass is a personal decision. Some experts say ask as often as you need. Others think that when you ask more than three times a year, you may notice your pals start screening your calls and ignoring your emails.

5. Don’t let “No” get you down
What with separating the inter­net fraudsters offering shares in secret Nigerian bank accounts from the 80,000 registered charities in Canada, people are inundated with requests for money. Most of us ignore them, most of the time. If some people turn you down because they already support other charities, remain positive. Instead of getting discouraged, remember that, while raising money is crucial, a key spinoff of fundraising is fostering a sense of community among your volunteers and potential future donors.

6. Think outside the envelope
Sure, bake sales and car washes are time-honoured traditions, but don’t be afraid to be creative about raising money. Ask your friends to donate clothes that you can sell at a swap-meet-styled party at your home. Or consider “hosting” a tongue-in-cheek, formal-dress “non-event.” People can donate what they would have paid for babysitting, parking and party clothes, but instead of a night of desperate schmoozing over rubber-chicken dinners, they get to spend a relaxing evening at home. “It’s not a lot of work and it puts a smile on people’s faces,” says Daw. Silent auctions remain a great way to fundraise. And remember that it’s not just products, but “service” items such as having somebody walk your dog after a long day at work, or watering your grass when you’re on holiday that net the big bucks.

7. Say two words: Thank you
Neglecting your supporters is not just rude, it’s a social gaffe that can put a dent in future campaigns. “There’s no such thing as a one-off in fundraising,” Daw explains. Your thank-you can be as simple as a short letter or email. Businesses that contributed certainly appreciate knowing you’ll refer clients their way. But what most people really want is to hear what happened to the project to which they contributed. Did that school playground ever get built? How did the family do in the walkathon? A final report (and it doesn’t have to be long and fancy) is an essential way of completing the circle that connects donors to your cause.