How to become a vegetarian

After my recent experience with food poisoning, I’ve decided to go vegetarian. The mere thought of meat still makes me queasy. The one problem is that there is nothing in the world that makes me happier than a good hamburger. 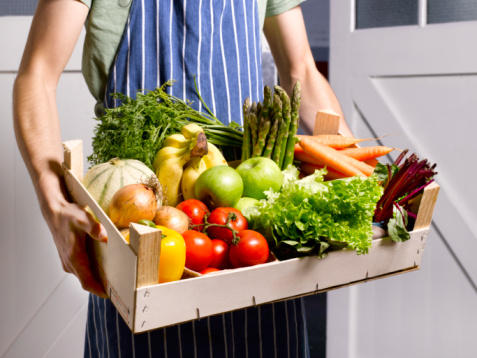 After my recent experience with food poisoning, I’ve decided to go vegetarian. The mere thought of meat still makes me queasy. The one problem is that there is nothing in the world that makes me happier than a good hamburger.

I love hamburgers so much that, literally, I could eat them twice a day. I love almost every kind of hamburger, from Harvey’s to the burger at the Four Seasons to the sliders at Morton’s. I will be very sad to give them up.

Also, I’m not sure how one actually becomes a vegetarian. Because I don’t live under a rock, I have seen videos of how animals are killed. I’ve seen red paint thrown at celebrities who wear fur. But, to be completely honest here, I do wear leather. I’m not willing to give up my handbags and shoes, and as awful as that may sound to animal activists, I’m going vegetarian because of food poisoning, not for any grand stand on animals. (Although I am an animal lover and I refuse to wear fur.)

So how does one become a vegetarian, later in life, when actually, hamburgers are her favourite food in the world? (Yes, also because I don’t live under a rock, I’ve heard all about tofu burgers and veggie burgers. Maybe I’m wrong, but to me it’s like eating fat-free ice cream. I’m pretty certain, while it may taste okay, it’s not the same as real ice cream.)

I am pretty sure that going veggie will make me feel healthier. But will I have the willpower if my aversion to meat, thanks to food poisoning, goes away? Can you be a vegetarian, except for eating hamburgers? Is that wrong?

And how hard will this be? Is it like quitting smoking? Do you go cold turkey (no pun intended…okay, pun intended) or do you slowly wean yourself off?

I was amazed at the number of people who e-mailed me telling me that suddenly they just stopped eating meat later in life, just because the thought of meat started to make them sick. I spoke with a friend of a friend, a woman named Andrea Grassi, who works in social media marketing and became a vegetarian only a year ago.

1. Grassi became a vegetarian because meat really started to make her feel sick. “Just envisioning a slab of flesh made my stomach turn. I felt that I wasn’t really interested in it anymore and so I made steps to becoming a vegetarian.” She admits it’s a “tricky” thing to do. “Because you are cutting out a major source of protein and iron, you have to make sure you do it properly.” She points me in the direction of the PETA website which has a “starter kit.”

2. Grassi does suggest becoming a “pesci” vegetarian first. “That means you cut out your red meat and chicken, but keep the fish. Then wean yourself off the fish slowly. Fish has a lot of protein, vitamins and minerals that will keep you balanced as you adjust to your new food choices.”

3. Find other sources of protein and iron you like, suggests Grassi, and start to experiment with different recipes. “Dark green veggies, beans, seeds, nuts, legumes, soy and whole grains are all really great sources.” She says what is important is “variety.” Vegetarians need to build up a variety of proteins in order to promote muscle building.

4. Buy supplements. “Make sure you take your vitamin B12 and calcium. These vitamins are essential for your immune system”. Supermarket foods aren’t always the greatest supplements because they need to be taken in mass quantities, she adds. “Think of that commercial where the woman needs to eat a whole bushel of broccoli to get the same amount of calcium available in one little supplement.”

5. Don’t worry about eating out. Today, a lot of restaurants have a separate vegetarian list of dishes. “If the place you are eating doesn’t, maybe ask the chef to leave the chicken out of the chicken Caesar salad and add walnuts.”

6. Tell your doctor. Changing your diet drastically can really affect your health. Make sure you get checked out every year and get a blood test to ensure everything is in working order. “Your doctor may even be able to connect you with a good dietitian or have some helpful tips of their own.”

How about you? Have you just woken up one day, later in life, and had an aversion to meat? If so, was it easy to make the transition to becoming a vegetarian? Share! I’d love to hear your tips.