How to avoid cancelling your plans without notice

One of my worst character flaws is that I’m a bailer -- I make plans and more often than not, I cancel them. 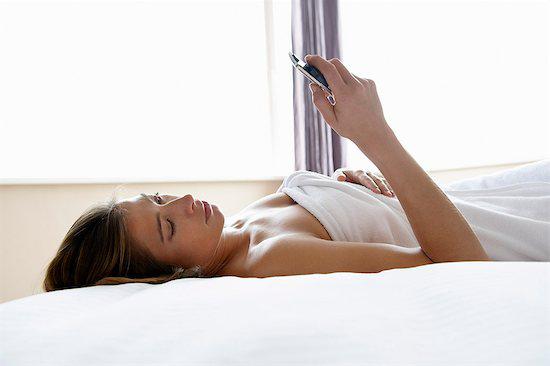 One of my worst character flaws is that I’m a bailer — I make plans and more often than not, I cancel them. There are a number of reasons why this happens. I tend to make plans way in advance; by the time the day arrives for me to meet a friend, something usually comes up. Either I’ll be overwhelmed with work; too exhausted to form a sentence and thus bad company; in a bad mood and thus bad company, or I’ll feel like I should stay home and spend time with my daughter — which I’d rather do if I haven’t seen her all day.

Yesterday my friend complained that she had to go out with a former colleague because, “I already bailed on her twice. I can’t bail on her a third time.” She’s right, of course. I don’t think I’ve bailed on anyone three times — because that third time, I know I have to be there. Before you think about what an awful friend I am, I know how lucky I am to have the friends I have. They, too, are all bailers. That means that I bail on them, they don’t really care, or they understand.

I used to come up with some pretty crazy excuses, like, “I think I’m coming down with the flu,” or, worse, using my daughter as an excuse — “My daughter has the flu.” Then I realized that my friends bail on me just as often as I bail on them. So now I just have to say, “I really don’t feel like going out,” and they’ll say, “Yeah, me neither.” However, I will admit that I have one friend who hates when I bail, which I completely understand. Well, sort of. I mean, if you are a workaholic, then you understand others who are workaholics. If you are a bailer, then you understand bailers. But this friend is not a bailer, and shockingly, always really wants to see me.

I asked this friend, straight up, what can I do to stop being a bailer. The truth is that while I do appreciate the fact that I have so many friends who never get mad at me when I cancel on them, and I never get mad at them, it would be good for me to not bail. One, I’d go out more. Two, anyone with half a brain (and I do half at least that) knows that bailing is rude, even with understanding friends.

Here are my friend’s tips for not bailing.

1. Don’t say yes to everything: First and foremost, you can’t go to every dinner, party, event or coffee date you’re invited to, so knowing you can say no sometimes is the first step. (It is true. I do say “yes” to a lot, even knowing that the chances I’ll show up are minimal.)

2. Use and know your agenda: Sometimes bailing last-minute is a result of double booking, so record your meetings/dates/events and see if you’re available. Then you can say yes. (I do have an agenda. I will find it and start using it.)

3. Touch base a day or two before: If things are busy or you feel like you won’t meet your deadline and may have to cancel, it’s better to check in and see if it can be rescheduled. This gives you and the other party time to make other arrangements. (Basically, don’t bail completely, just make it another day.)

4. Suck it up: If you’re bailing for the simple reason that you don’t want to go, sometimes you have to just follow through anyway so you don’t burn bridges or put the other person out. Usually if I do “suck it up” I end up having a good time.

5. Say maybe: If something sounds appealing but you’re notorious for bailing, just say maybe and get back to them closer to the date. Wait and see how you feel and if it’s possible say yes at the last minute you can. This way you haven’t promised anyone anything.

6. If you absolutely have to bail, let them know ASAP: Also, immediately offer another date that works for you. Of course, apologize profusely asking how you can make it up to them. Send flowers. (God, my flower bill would be huge!)

7. Remember that as much as you don’t want to go, you never know who might be there: You just can’t always tell what kind of fun you may have, so even for the sake of mystery and intrigue, try to attend!

So, from here on, I’m going to follow these tips. No matter how understanding my friends are, I’m NOT bailing. So call me. And I’ll see you then.