How TIFF made me forget my husband's birthday

Although there are still a couple of days left in this festival, this will be my last diary entry because nearly every celebrity has left town and there isn't much happening on the second weekend. 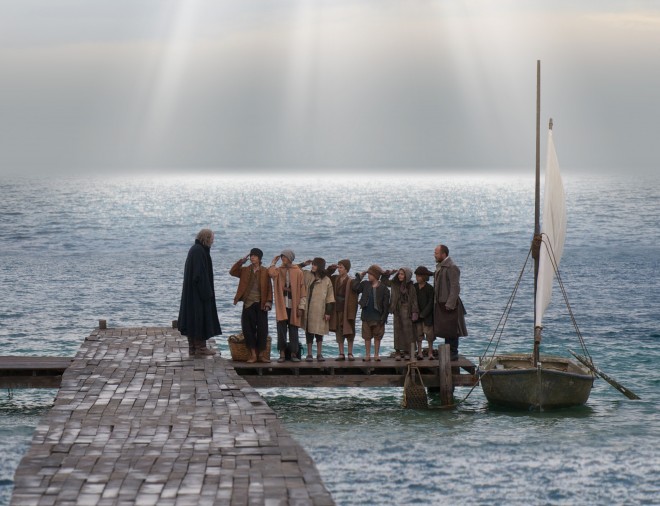 A scene from God Loves Caviar

Although there are still a couple of days left in this festival, this will be my last diary entry because nearly every celebrity has left town and there isn’t much happening on the second weekend. However, this is actually the best time to see movies because tickets are easier to get and a bunch of hidden gems crop up. One of them, which I’m hoping to get to, is called God Loves Caviar.

It comes recommended by a publicist I bumped into this morning, who insists it’s great (it stars John Cleese, so that’s no surprise). The film premieres tonight, but also screens on Friday and Saturday if you happen to be in Toronto, stuck in the entertainment district and looking for, well, entertainment. It’s based on the true story of a 19th-century Greek pirate who befriended Catherine the Great and became a millionaire thanks to some trick he discovered for keeping caviar fresh.

I have to admit, I’m partially intrigued by the storyline, but mostly fascinated by the fact that someone in Greece actually found money to make a film — aren’t they in financial ruin? Does Germany know they’re spending non-existent funds on movies about pirates instead of rebuilding the economy?

I’m trying to figure out whether I should catch a few more films, other than God Loves Caviar, before the fest wraps up, but here’s the other thing about the TIFF denouement: You start to realize all the important stuff that happened while your head was buried in celluloid and press releases. For one, my husband turns 33 today and I haven’t gotten him a card or a present, and 21 people managed to wish him a “happy birthday” on Facebook before I even got around to it. Also, the annual Vegetarian Food Fair came and went. Also, my cat has fleas, but I didn’t notice all her scratching recently because it had nothing to do with movies. Also, I haven’t even had time to read a paper for eight days, so I have no clue what’s going on in the world — something about an Iranian embassy, maybe?

It’s pretty sad, really. Is this what having a baby is like? If so, the only apt comparison to grasp what it’s like doing this job would be to say that, every year, I’m basically forced to have a baby and it’s name is TIFF. The great thing is that, unlike real babies, I can get rid of it after 10 days. The not-so-great thing is that it never grows up and, every September, I have to care about it, sacrifice my health for it, and lose sleep over it. For some reason, I can’t resist the torture, so I’m sure I’ll be back in the saddle come 2013. Maybe then, I’ll have figured out a better way to track down Ryan Gosling.